Home » Opinion: What Dems Could Learn From Latinos 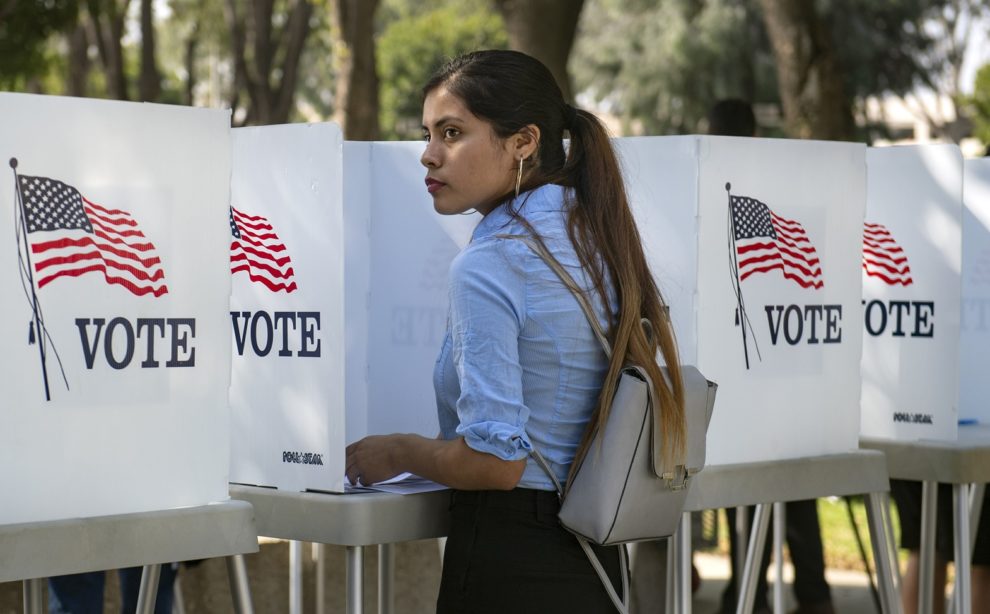 Yet in south Florida and areas of Texas, Biden did worse than Clinton in 2016, bewildering some in the pundit class, and causing others to just now understand the historically-accurate refrain, “Latinos are not a monolith.”

Given the cultural and ideological differences between these groups, they obviously need to be approached in culturally-sensitive ways.

But even more than that, identity-based pandering will not work for a large segment of Latinos. Cubans in Florida typically see themselves as white, as do many other Latino groups in the country, and don’t necessarily find themselves tied to the most-recently downtrodden Latinos.

Immigration also isn’t a significant issue to many, given the fact that millions have roots here going back generations, which may explain why so many are indifferent to the plight of Central American refugees.

What is clear is that large swaths of Latinos do not vote based on their ethnicity, and often shun the identity politics that the Democrat Party has become known for.

Given this and the lukewarm down-ballot election results, the Democrat Party needs to ditch identity politics as an electoral strategy and craft a coherent populist message that appeals to working-class interests.

On both the left and the right, populism is on the rise, necessitating strategic shifts in both major parties.

Anecdotally, we all know those Trump voters who profess admiration for Bernie Sanders, and who may have even expressed a willingness to vote for him if he had won the Democrat nomination in 2016.

The genius of Sanders that made him so appealing to a broad swath of voters on both sides of the partisan aisle was that he took ownership of socialism and subverted its most feared aspects, rebranding it in populist, New-Deal-type terms.

Going on the Joe Rogan podcast to describe his message and Medicare for All to the masses did wonders as well. It turns out that working class people respect people who appeal to their direct interests (identity politics are abstract) in no-nonsense terms.

With their diversity, Latinos can often be a mirror of the broader electorate. Thus, Latinos might feel the pain of neoliberal policies that have disempowered workers (NAFTA, deindustrialization, etc.). In certain Latino circles, the economic pain they’re experiencing is greater than any potential pains of racism they may have experienced.

Not to mention that the Democrat Party cannot necessarily rely on changing demographics in order to maintain electoral supremacy. Ignoring the ascent of populism, traditional conservatism has a universal appeal to a broad swath of people, especially as they age and become more sensitive to tax increases given their relatively fixed incomes.

Thus, if the GOP continues with its current neoliberal politics and continues to play the political game masterfully, they could see themselves expanding their political power.

This will especially be the case if the Republican party paints itself as the party of law and order amid a backdrop of rioting and looting. The fact is that Latinos own small businesses at high rates, and many have suffered as the result of property damage in major population centers as a result of rioting.

If the GOP outflanks the Democrats in this area, the latter party could see even less gains among Latinos. Public safety will always be a winner, and Democrats need to have a clear, hard line against any perceived civil unrest.

Democrats can be tough guys and girls, they just have to own their toughness and emphasize that worker values are family values. They do not need repeats of presidential candidate and war hero John Kerry being swift-boated by draft-dodging Republicans.

In this effort, the Dems will have to be vigorous propagandists. The Republican party has gobs of television and radio networks at their disposal, and scores of think tanks that promote their worldview, and it will take a clear, consistent message in a broad array of platforms to counteract their radical discipline.

The message must be clear, and should paint the GOP as the blue-blooded, one-percenter enemy of working-class families. Strategies should focus on the very real interest the GOP has in scrapping Social Security and Medicare, and crafting a coherent message based on jobs, healthcare, and public safety/infrastructure. Expecting people to parse the nuances of critical theory will be of no use in this effort.

Drilling this repeatedly and enacting policies behind the messages will be key, and it will be difficult. Shaming Trump voters will not work. Trying to force feed the use of “Latinx” down everyone’s throats will be useless. Expecting people to repent and flog themselves at the altar of wokeness will not work either.

You can make vague references to rights and emphasize the importance of inclusion ad nauseaum, but when people are struggling to survive amid economic uncertainty, notions of rights become mere abstractions. Playing on the miserliness and cold-heartedness of the GOP leadership will be imperative.  Making these assertions generalizable and appeal to commonsense will also be key, which should be easy enough if a clear message is drilled consistently.

The Democrat Party struggles with messaging and strategy in part because it is a big-tent party. Yet around 70-million people voted for the Republican president this time around, and they were still consistently able to get their message across.

If they want to avoid these nail-biting elections in the future, the Democrats need to learn from the Latino experience and eschew identity politics as the losing strategy that it is and focus on simple, clear messaging that can win over working-class families.

Finally, Somebody Took The Keys Away
Opinion: Mexican Americans Are The New Swing Voter