Home » Where Is Today’s Chicano Leadership? 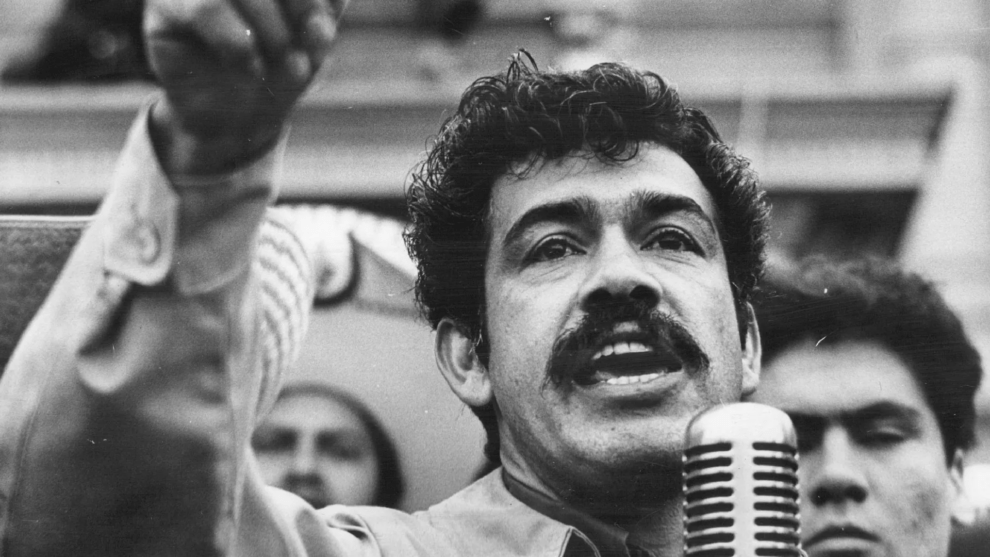 Sarlos Cantana
Chicano leadership has taken a backseat to memes.

Welcome to yet another year without any kind of Chicano leadership, platform or voice.

Here’s a question for you: Why are there no Chicano leaders in the United States in 2023, when Mexican-Americans now compromise over 12-percent of the total US population and are the largest “Latino” group overall?

In some cities (and soon some states), Raza is the majority. So why are we, collectively, so disorganized, disagreeable, disinterested and voiceless?

More importantly, why does no one care?

If you know anything about Chicanos, then you know that we used to have leaders, organization and a movement. At one time, we even had our own political party (Raza Unida Party).

But that era is now in the distant past and we have nothing to show for it, save for a few TV shows/films and some token elected officials.

It’s a question worth asking, but it’s one that almost nobody asks. And even if they do, there’s deafening silence on the other end of the question.

Stop me if you’ve heard this one before: Mexican-Americans are a “sleeping giant” that just needs to wake up in order to take power. How many times have we heard that through the decades?

It’s an old trope. It’s so strange that this so-called “sleeping giant,” with such large and growing numbers, has virtually no leadership and no voice, and stranger still, that seemingly no one cares.

Without looking it up, try to think of a Chicano leader who is not 1) An elected official, 2) A celebrity, or 3) Ancient. Who comes to mind?

Give up? Because there is no one.

We don’t have any leaders who are not elected/partisan party members or celebrities. When I tried coming up with some independent leaders, the only ones I could think of were people who are seriously ancient, or bought-and-paid-for establishment puppets.

Lately I’ve been going back and reading Malcolm X, Huey P. Newton and others. Much of what they wrote and talked about is applicable to the issues that still face Raza today, particularly in the realm of leadership.

If you start generalizing and looking at “Latinos” and “Hispanics” at large, you can start populating a list with establishment puppets, but you will not find any grassroots, independent, activist Chicano leaders— certainly not any who are organized or nationally recognized.

We have no leadership. The question is why?

Death Of The Chicano Movement

You can theorize about the various causes behind the death of the Chicano Movement—which goes hand in hand with the current lack of leadership—but in my opinion, it all boils down to a couple of things:

For one, we simply don’t care any longer. The other reason is that the younger generations are more interested in memes than El Movimiento.

Raza at large does not care about leadership, nor preserving the legacy of the Movement. We are seemingly content to have an enormous population without any kind of organization aside from what those in power tell us to do.

We are happy to be led around by the nose by people with Spanish surnames in token government positions. And when it comes to the silver screen, never mind that they wouldn’t know what El Movimiento was if it smacked them in the face.

To put it another way, since the dated glory days of national marches and walk-outs, we have moved on. But to what?

This whole issue makes me think of assassinated journalist, Ruben Salazar, and his famous quote about what a Chicano is. For Salazar, a Chicano is a Mexican-American with a non-Anglo image of himself—that last part is key because it’s largely what sets us apart from Hispanics—or at least it used to.

In this era, however, too many Mexican-Americans have lost that last part. A large portion of the population has fully assimilated into the fabric of the American Dream and let the past sink into the ocean.

It’s the main reason we no longer care if we have leadership or a voice, or if any of our history is taught in schools.

We no longer desire any kind of organization that is separate from the two major political party plantations because for many, we think we’ve made it.

To put it bluntly: Too many Mexican-Americans no longer have a non-Anglo image of themselves, even if they won’t admit it. Instead, they feel assimilated, accomplished and recognized, and thus no longer need a leader or a movement.

For many, we have overcome.

This is, of course, ridiculous but it requires that people unglue their eyeballs from their personal brainwashing devices and actually think for a moment, not only about the past but the present as well.

We have not overcome a damn thing. We are still pawns in the political machine and just another demographic to be mass marketed to. The only difference is we have no way to fight back and worse, most couldn’t care less.

Why else would Raza, as a whole, be so lackadaisical when it comes to being organized and having some kind of coherent movement to address the issues that we face as a people?

We can’t even agree on what to call ourselves!

Instead of organizing and bettering our communities, we rely on either elected officials with Spanish surnames to fight our battles, or on entertainers, corporations and social media influencers to be our voice.

Yes, folks, Flaming Hot Cheetos has your back.

You would think with social media, we would have organized into a powerful movement by now, but you would be wrong—dead wrong. Instead, social media has made things worse and erased most of the progress we made in earlier decades.

Today we have things like “sock checks,” “taco Tuesday,” and have banned a bunch of words. These things are a far cry from the walkouts, the fight for MAS and banned books, the National Chicano Moratorium, or the Crusade for Justice.

We should be ashamed that the closest thing we have to a national voice are slapstick, step-and-fetch-it, egg-on-your-face, meme accounts on social media that serve to do nothing more than make a mockery of Chicano culture and feed the machine.

We should be ashamed, but we’re not. And the most disturbing thing is that many people don’t even know why.

I would argue that it’s hard for younger people to care about issues like leadership when all they are taught is to laugh at themselves, and to make fun of each other. But many older gente are just as much to blame for pushing this kind of propaganda.

Sarlos Cantana is the alter ego and pen name of writer, author and independent publisher, Santino Rivera. Rivera is the creator and owner of Broken Sword Publications, whose books have sold worldwide and been included as teaching material in select high school and university classrooms from coast to coast. A self-proclaimed non-conformist, Rivera modeled his publishing company after the DIY punk movement of the 80s /90s. Originally from Denver, CO, Rivera now finds himself a stranger in a strange land living as an old school Chicano in Florida. Rivera writes about Chicano culture, politics and society at large, and plans to publish another Chicano lit anthology in the future.

Critics Were Right. Kobe Was No Jordan—He Was Better.
Everybody Deserves A Second Chance