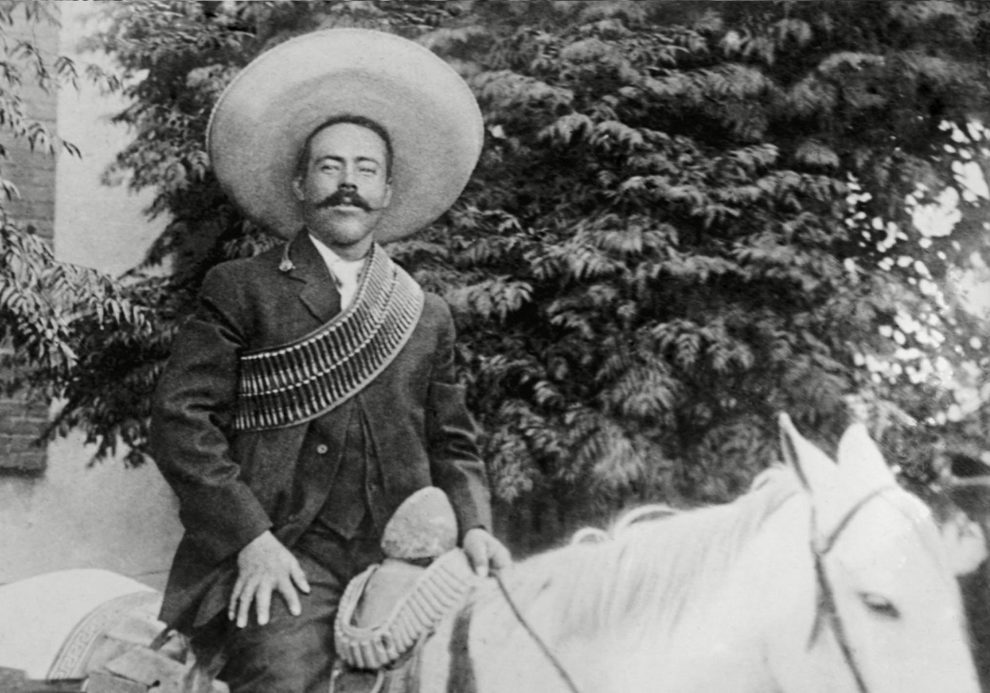 Gustavo Vazquez-Lozano
Francisco "Pancho Villa" may have had other intentions than just burglarizing a quiet town.

Last January 2020, a border point of entry in Columbus, New Mexico, won national and state awards for its architecture, safety and “welcoming feel.” Every morning, crowds of merry kids cross the border to attend school, and modern facilities with well-mannered police officers handle hundreds of visitors each day.

But it wasn’t always like that. The town of Columbus was once the site of the most violent clash between Mexicans and Americans on American soil.

On March 9th, 1916, at three o’clock in the morning, Francisco “Pancho Villa” —the famous bandit, freedom fighter, victorious revolutionary general and then again a fugitive— stormed into the U.S. with 480 soldiers to attack the town of Columbus, New Mexico.

At the time, Columbus was a settlement struggling to survive in the middle of the desert. There was a hotel, a bank, a drugstore, a clothing store, a church, and a railroad track which was its only contact with the outside world.

While the families were sleeping, three columns of Villistas penetrated the town, shouting, “Viva México!” and “Viva Villa!”

According to some witnesses, they also shouted, “Let’s kill the gringos!”

The villagers began shooting into the houses, breaking the doors of the stores, and looting. At the hotel, which was on the second floor of a building, the attackers forced the male guests down the stairs and executed them one by one, while their women watched corpses form a pile on the street. The fire of machine guns was so intense that a ghostly glow flew from one place to another.

Several accounts survive. Archibald Frost and his wife Alice, who owned a furniture store, hid in their basement, and then hurried to their car. When Archibald tried to turn on the engine, the Villistas came and shot him, but he managed to get up and escape.

Halfway to Deming, he was bleeding so profusely that his wife Mary Alice had to take the wheel. Behind their backs, they saw the glow of the flames consuming the Commercial Hotel.

After the initial surprise, the American civilians formed barricades and began to defend themselves.

The location of Pancho Villa during the attack has been the subject of much discussion. Many say that he stayed on the Mexican side. However, Maud Wright, a woman who was held prisoner and released in Columbus, claimed that Villa was in the middle of the town, screaming, cheering his troops, and striking the fallen or scared soldiers with his machete.

The soldiers at the American camp reacted painfully late. It wasn’t until dawn that the military managed to repel the attackers and chased them beyond the border. Villa, according to witnesses, took off his hat and shook it defiantly, waving goodbye at the enraged American troops who followed him.

In the U.S., fury and indignation struck the country like lightning. Strident voices demanded to intervene militarily. Within days, nearly 10,000 soldiers were stationed along the border, and the first warplanes began to fly over the state of Chihuahua.

During several months, General John J. Pershing and a punitive expedition would follow Villa into the state of Chihuahua. However, while he was once dangerously close to the American army, Villa was never caught or even spotted.

Less well known than General Pershing’s failed expedition was the wave of anti-Mexicanism that swept the south of the U.S. The press called the Mexicans “greasers,” “bandits,” and blood-thirsty “brigands”—and not just the ones who were with Villa.

In many places along the U.S. border there were pogroms against Mexican residents and some were even expelled of the country and killed in retaliation for Villa’s atrocities.

Villa’s reasons for attacking an insignificant settlement in the middle of the night have been hotly debated. According to the Villistas themselves —many who were interviewed decades later—Villa was outraged because he believed that Carranza had sold the country to the U.S.

A second explanation has been offered, in which Villa wanted to punish a Columbus arms dealer who sold him defective weapons that contributed to his defeat in Celaya.

Villa’s immediate reasons were probably a combination of the two. The witnesses insist that the Villistas searched for an arms dealer named Sam Ravel who, luckily for him, was in El Paso that night.

But a third explanation, absurd as it may sound, is that the attack was part of a clumsy plan to invade the U.S.—crazy as it may sound now— with German support, in order to create a continental distraction for the U.S. in the context of World War I.

Villa had promised his men that they would march to Washington saying, “The United States wants to swallow Mexico: let’s see if they’ll choke with it in its throat.”

There is a mountain of evidence of Villa’s involvement with Germany and his belief that Carranza had sold out to the U.S. In 1975, a letter from the time of the attack on Columbus was discovered by the eminent Austrian historian Friedrich Katz.

In it, Villa invites Emiliano Zapata to join forces to invade the US:

“My projects were frustrated, because the enemy [Carranza] had the undue and shameless support of the American government… the integrity and independence of our country is about to be lost if we, all honest Mexicans, do not unite in arms to prevent the sale of our homeland (…)

“Since the movement we have to make against the United States can only be carried out [here] in the north, and in view that we do not have ships, I beg you to tell me if you agree to come here with all your troops, on what date, and I will have the pleasure of personally going to meet you, and together we will undertake the work of (…) punishing our eternal enemy.”

The attack on Columbus represents one of Villa’s lowest points in an otherwise meritorious career. It achieved nothing, took many innocent lives, and nearly provoked an international war.

In the U.S., many voices called for an all-out intervention to punish Mexico. However, with World War I going on in Europe, President Woodrow Wilson knew that the path of prudence was of the utmost importance. And the Centaur of the North was not so naive as to think about really conquering America.

Today, Doroteo Arango —aka Francisco “Pancho Villa”— continues to cast a shadow over Columbus. There is a park named after him, but not everyone is happy with it. In the U.S., his figure fascinates many, but he is still the prototype of the violent, uncivilized and bellicose Mexican.

Ironically, the town of Columbus is on the map only thanks to Villa. Although the Mexican fighter remains a controversial figure, the town still commemorates his incursion with a special ceremony where Mexican riders cross again, from Chihuahua to New Mexico, as a gesture of good will between both nations, with music and colorful costumes, not guns or hatred.

The East L.A. Chicano Who Captured 1,500 Soldiers
Don’t Forget The Chicanos Who Served In Vietnam