Home » Don’t Forget The Chicanos Who Served In Vietnam 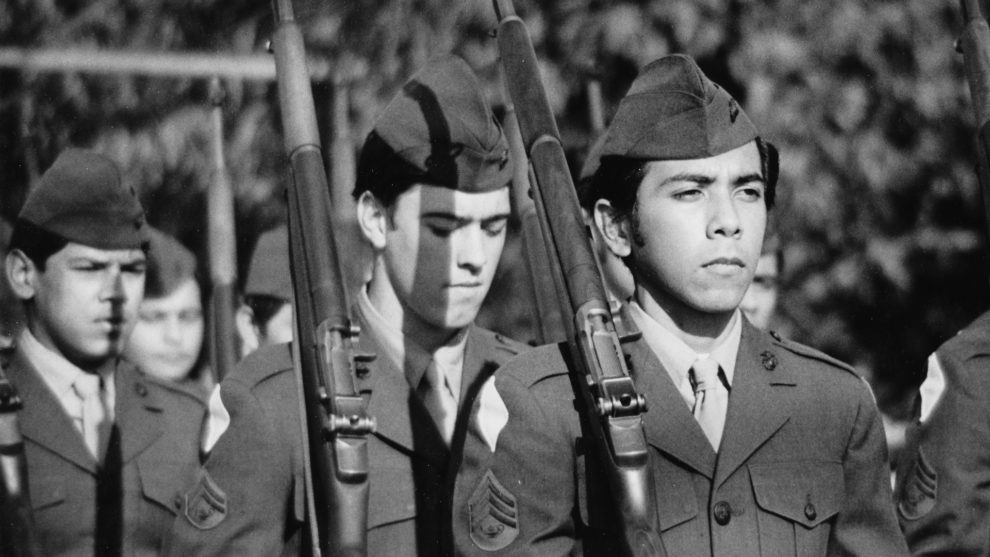 Brandon Loran Maxwell @brandonlmaxwell
In Vietnam, Chicanos died at twice the rate of their counterparts.

Few events played a bigger role in uniting the Mexican American community and strengthening the Chicano Civil Rights Movement than the Vietnam War, which “officially” began in 1955 (although an argument can probably be made it unofficially began long before that).

Mexican Americans not only served in the Vietnam War like white Americans, but like most Americans who were drafted and served, returned home to the United States after the war feeling defeated and disillusioned.

These feelings were only compounded over time following the war. On one hand, Mexican Americans felt forgotten about—their contributions left out of the classrooms and history books. On the other hand, their neighborhoods and families felt abandoned, left alone to pick up the pieces.

Yet the contributions of Chicanos remain undeniable. Though 10 percent of the U.S. was classified as Latino during the height of the Vietnam War, studies suggest Mexican Americans accounted for around 20 percent of Vietnam deaths.

The reasons for such high numbers have been a source of debate among academics over the years, but were likely due to a few factors. First, many Mexican Americans at the time were high school dropouts. As a result, they were ineligible for deferments. Second, the Mexican Americans who were in high school never went on to college, again making them ineligible for deferments.

Another factor was patriotism. Contrary to portrayal, many Mexican Americans were very patriotic. Many proudly adopted a warrior attitude, and initially volunteered to fight in the war. In fact, the fearlessness that many Mexican Americans would show during the Vietnam War has been one of the more unsurprising but interesting revelations to be discussed by those who served with them in the years since.

The contrast at home added to the complexity. As young Chicanos waded through the waters of Vietnam, a loose coalition of anti-war Chicano groups was also growing into what would become known as the Chicano Moratorium.

During one anti-war demonstration, activists drew upwards of 30,000 people to march through the streets of East L.A., further solidifying the power of the Chicano movement.

The march ended when police declared the gathering unlawful and later shot into the crowd. Ultimately, more than one hundred people were arrested and four people were killed, including journalist, Rubén Salazar (a PBS documentary about his assassination can be viewed here).

Salazar’s death, like the deaths of those Chicanos who died in Vietnam, would become a rallying cry for Mexican Americans.

Chicano Vets In Their Own Words

Today, many Mexican Americans remain anti-war and have strong feelings concerning the Vietnam War. But perhaps nobody has a stronger opinion about the Vietnam War than the Chicanos who actually served in it.

If you get the chance, I encourage you to watch the documentary below, which The Daily Chela has re-posted to its official YouTube page. Not only will you get the chance to hear the Mexican Americans who served in Vietnam through their own words, but see the sacrifices many of them have made firsthand.

It’s a part of Mexican American and U.S. history that everyone should know.

We depend on readers like you to continue telling important stories. Please consider becoming a Daily Chela subscriber and supporting our work. Choose from our different plans here.

When “Pancho Villa” Attacked Columbus
When The MLB Banned Afro-Latinos