Home » The Man Who Fought For Mexican Independence & Invented Gum 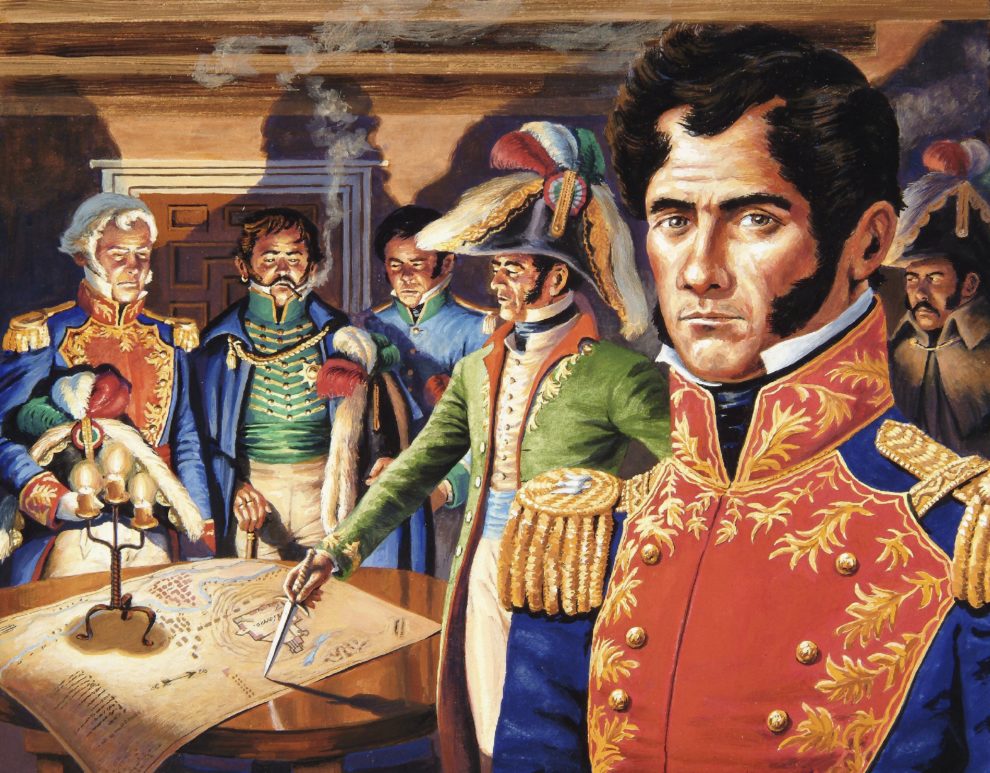 Gustavo Vazquez-Lozano
Antonio López de Santa Anna was far from a perfect person, but he lived an interesting life.

Like no other leader, the name Antonio López de Santa Anna remains forever united to the history of the United States. As the only General who posed a real military threat to a country considered to be impassable, Santa Anna is probably the only Mexican who has caused headaches to America.

I will lay Washington City in ashes,” he said on one occasion. The man wasn’t boasting—he had fought (and defeated) the Spanish and French armies, the most powerful at the time.

He is also the star of hundreds of songs, movies and even comic books, a feat no other Mexican has accomplished.

The Seducer Of His Homeland

On two occasions the Americans have confronted directly and indirectly this “seducer of his homeland,” as the writer Enrique Serna called him.

First, El Alamo, which made him go down in the history as the symbol of aggression and executioner of the innocent (just ask the Texans). And second, the war against Mexico in 1847, where the southern country lost half of its territory.

Mexico was an easy victim in 1847—disorganized, poor, divided by internal disputes, half-inhabited. But had it not been for Santa Anna, the situation could have been worse for his people.

In Mexico he is unfairly considered the worst president in its history, but that title is the legacy of his enemies. One is left with the impression that Santa Anna is more respected in the United States, as one respects an honorable enemy more than in his own land.

To this day, old work-songs about Santa Anna are still sung shipboard.

One can only wonder under what circumstances these songs arose in English, the language of his adversaries, and how they were transmitted orally through the centuries. Despite having died almost 150 years ago, Santa Anna is still fascinating because his life reads, well, like a novel.

Antonio López de Santa Anna was born in 1794 into a well-to-do family in Jalapa, a city halfway between the Gulf coast and Mexico. According to his own words, he felt inclined to the arms and the military since he was a boy.

In 1822 he organized his first revolt against his friend Agustin de Iturbide to overthrow the Empire and establish a Republic.

“I was a young man of 24 then,” confessed Santa Anna to a U.S. correspondent many years later. “I had a volcanic head, I cared for nothing, I feared nothing, and my followers came around and asked me to declare the Republic in place of the monarchy. But what is a Republic?, I asked. You fools!”

With his constant proclamations, Santa Anna became a headache for the country. He first became president of Mexico in 1833 without having the required age. He would assume the presidency eleven more times. However, the General was not really interested in power. In fact, he used to leave the vice president and personal friend Valentín Gómez Farías to run the government while he rested or organized a new revolution.

Against what many Americans believe, when Santa Anna attacked the Alamo, he was not fighting the U.S. He was fighting against a Mexican rebel province.

According to testimonies, Davy Crockett and his men fought under the Mexican flag with the number “1824,” the year of the liberal Mexican Constitution. But Santa Anna did fight against the U.S. when tension escalated over the annexation of Texas, and the U.S. invaded Mexico.

He lost every battle —except probably Buena Vista— and fled when General Winfield Scott captured the magnificent Mexico City, which at first sight left his men dumbfounded by its beauty.

But while for much of his life, Santa Anna was the natural enemy of the U.S., the man was not an enemy of the Americans.  He actually thought highly of the U.S. He was friends with its presidents, had many acquaintances in the country and at the end of his life, when no one cared anymore, he went to live in NY, no hard feelings.

He still tried to raise funds to return to his country, issued bonds, and borrowed money, but back home there were younger and more popular generals like Porfirio Diaz.

Increasingly in economic distress, he moved from his comfortable house in New York to a more modest home in Staten Island. However, at the end of his life he would still contribute modestly to change the country he had once fought, although in an area he could never have imagined: the invention of chewing gum. Or at least, he seems to have given the idea and supplied raw material to John Adams.

Santa Anna had the habit of chewing raw chicle and Mr. Adams noticed it… and came up with the idea of adding sugar and color.

There are several stories about the incident, the most reliable probably given by Jennifer Matthews in her book The Chewing Gum of the Americas:

“Thomas Adams Sr. and his son visited Santa Anna ́s Staten Island home, and the general gave him a supply of chicle. Santa Anna had brought this with him from Mexico, in the hopes that he would be able to find someone who would be able to develop chicle as an alternative to rubber.

Adams Sr. and his son began trying to replicate the vulcanization process discovered by Charles Goodyear (…) however, after several unsuccessful attempts, Santa Anna lost interest. Eventually, he returned to Mexico, unaware that the chicle he had left behind would change US history.”

Santa Anna finally died in 1876, the same year when Texas passed its current Constitution. That day, The Washington Chronicle wrote: “His whole life was a series of brilliant disasters and splendid defeats, in all of which he evinced a large amount of uncultivated abilities, and a courage that knew no such word as failure”.