Home » Finally, Somebody Took The Keys Away 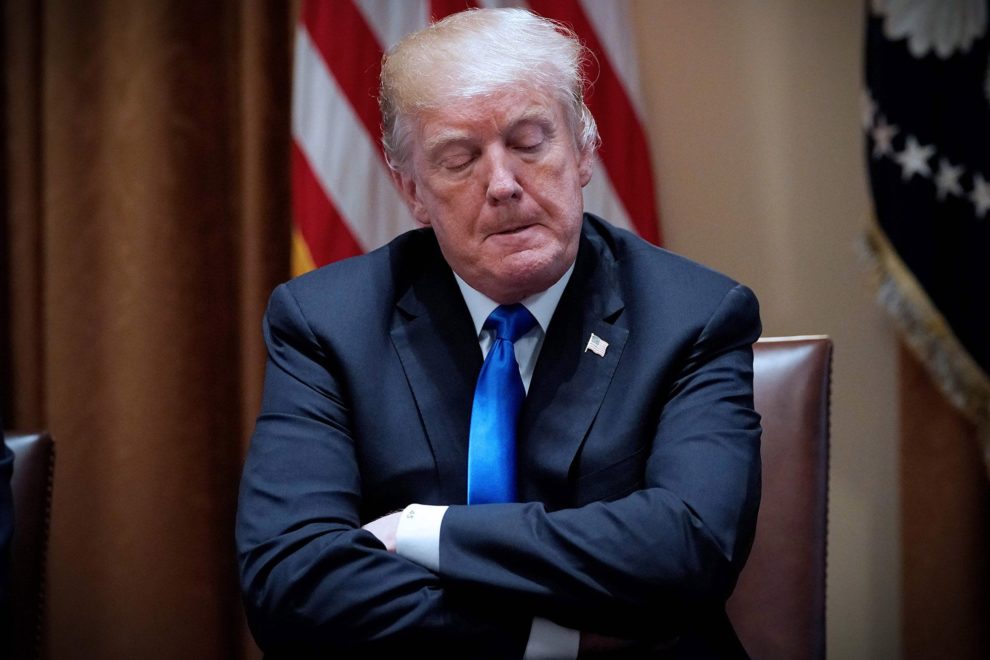 It is over. Finally. After four years of being trapped in the backseat of a car with a drunk driver, the car has been disabled with spike strips, and the driver has had his keys taken away.

Sure. The next driver to take the keys will be imperfect. But at least he will try to stay between the lines, and not spend the entire trip looking at himself in the mirror while shouting conspiracy theories into the wind.

A lie, ironically, exposed by Trump’s own failure to introduce corroborating evidence into the court of law, ultimately resulting in more than 50 state court losses, and two Supreme Court losses.

Yet while Trump’s ardent supporters insist his presidency was a success, the truth is it was rife with policy failures, public relations disasters, and national embarrassments—all that are worth remembering, if only to never repeat them.

He increased the size of the federal government by 2 million employees. He squandered a record $4 trillion dollars, prior to the coronavirus, bloating the national deficit. And he appointed 281 lobbyists, despite claiming to “drain the swamp.”

He imposed protectionist policies that resulted in a lumber shortage and higher housing prices. He broke up countless families at the border. And he pushed for eminent domain along the border, in which the federal government attempted to seize the private property of Americans, so he could build a medieval wall.

He treated Christianity like a cheap backdrop in a strip mall photo booth. He schmoozed with dictators. And he operated a private bank account in China, in which he paid $188,000 to the Communist Party of China, while dodging taxes in the United States.

He feuded with allies. He lambasted sports players. He whined about Joy Behar.

Indeed, nothing was below the presidency of Trump. Nothing was too small to blow out of proportion. And no hour was too late to threaten nuclear war on social media with 140 characters.

Yet as nauseating as Trump’s presidency was, it is also reason to be optimistic. After all, despite his repeated attempts to overthrow the election using both the legal system and a mob of insurrectionists, our Republic survived.

It barely survived, but it survived.

Despite his repeated attempts to twist the U.S. Constitution to his impulsive whims, the judicial branch reigned him in and did what it was designed to do, which is to provide checks and balances.

If anything, Trump’s rancorous, combative, and directionless presidency is proof of America’s strength and stamina, despite whatever imperfections it may still have. Or, if it isn’t proof of that, it is at least proof that Americans have an uncanny ability to hold their noses through anything.

As for the incoming president, I wish him the best. He has probably shown more empathy on the first day of his presidency than Trump showed all last year. And if you don’t think that matters, simply talk to the family members of any one of the nearly 400,000 Americans who have died.

For context, that is the most American lives lost since World War 2.

Regardless of what happens, the monster he unleashed is not going anywhere anytime soon. Worse, it is still in its infancy, waiting for the next Trump protégé to come along and stoke the nationalistic, nativistic, conspiratorial flames of conservatism to which it was initially fueled.

The same flames that have left the Republican Party and country behind in a pile of smoldering ashes.

But for now, at least for today, the fire is out. And the world can breathe a collective sigh of relief.

The Narcissistic Death Spiral Of “MAGA” Conservatism
Opinion: What Dems Could Learn From Latinos