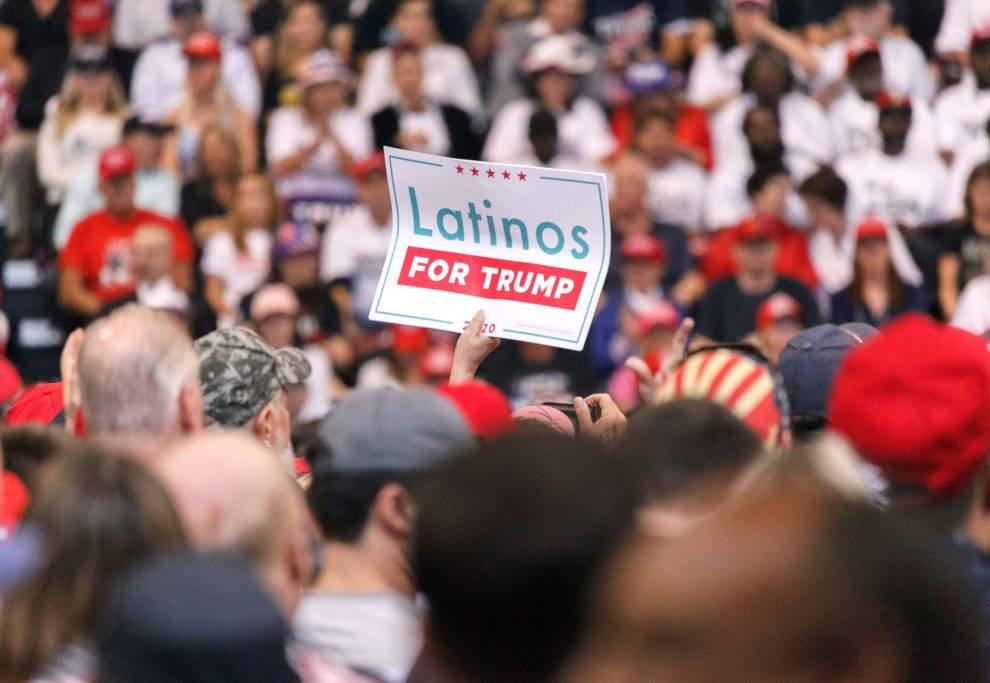 Daily Chela Staff dailychela
Campaigns are about persuasion and trust. You have to engage with people as they are and address their needs.

There’s a lot of analyses in circulation with regard to Mexican American voters. Everyone is trying to figure out what went wrong, and why Chicanos would vote for someone who called some Mexicans “rapists” and “murderers.”

As usual, observers have stepped forward with their post-election spin articles to offer their opinions on the Latino vote. Unfortunately, many of those pieces have revealed an undercurrent of Hispanophobia that lurks in “progressive” politics and certain newsrooms.

“Mexicans are culturally racist and homophobic.” “Mexican Americans are misogynists.” “Hispanics are attracted to autocrats.” And so on. This unsavory trend is part of a new generation of caricaturing Mexicans in American political discourse.

I wrote this op-ed hoping to clear up why some Mexican Americans would be less than enthusiastic about voting for Joe Biden, the man who is on his way to the White House next year. More importantly, we should examine what it means for us that some in our community defied expectations in this election.

“Mexican Americans—the emerging swing vote—now hold one of the most powerful cards in the deck. The question now is whether Chicanos will take their own favorable bargaining position for granted.”

When Donald Trump was elected, many figured he and the Republicans would go the way of Pete Wilson and the California GOP, but on a national scale, as political pundits suggested that Chicano voters would rally to help blunt an insurgent Republican Party and turn states like Texas blue. Far from that being the case, Trump increased his level of support with Mexican Americans in 2020.

But Trump wanted to “Build the Wall” and he detained immigrant children. Why would Chicanos support him?

Well, the simplest answer is that Biden wasn’t the right candidate to neutralize some of those talking points. Those of us who grew up in the 1990s remember the Illegal Immigrant Reform and Immigrant Responsibility Act, a piece of legislation which imposed a 10-year re-entry ban. The ban is perhaps the biggest stumbling block for the approximately 11 million immigrants hoping to fix their papers.

There was also the fact that the previous administration deported more people than all of the presidencies of the 20th century combined. And let’s not forget that his record also includes voting for legislation that expanded border fencing as well as building the infamous cages that housed immigrant children. Where was the media back then?

Yes. These were initiatives that were supported by Biden. This is no secret. These issues were discussed during the primary. When voters come to the conclusion that both candidates are more or less equally bad on a certain issue, they begin to look at what else is on the menu.

COVID-19 was also another serious concern for millions of Chicano voters. Given the toll it had on the economy, Trump’s talking point on previously achieving the “lowest Hispanic unemployment rate in history” was alluring to many working-class Mexican Americans.

Issues such as schooling, employment, and economic stability overshadowed concerns about social justice and immigrants’ rights. To many voters, this election rightly or wrongly was a decision between potentially closing the economy again or keeping things open even as we continue to battle the virus.

In the wake of the election, some Latino voter organizations and political pundits are now swooping in to boast about how Latinos, particularly Mexican Americans, helped to get Biden across the finish line. The truth is, with the exception of Arizona, the real news story of the election was the fact that Mexican Americans in border communities and other places across the Southwest inched slightly to the right.

Could it be that working-class men and women in the Rust Belt and the Rio Grande Valley have more in common than they realize?

This election is no reason for anyone to cope over the numbers or to fret about narratives. Instead, they should take comfort in knowing that the mythical sleeping dragon we hear about every four years has finally awakened. The true power of this beast is not found in going all-in with your chips. On the contrary, skilled negotiators know that the best deals are made when you’re willing to step away from the table.

“…It’s important to point out that Mexican Americans should support President-elect Biden in his efforts to follow through on parts of his agenda.”

For one reason or another, more than a few Mexican American voters decided to throw their support behind conservative candidates. Before you trash them or call them sellouts, you should call on party leaders to deliver on their promises so that they can give our compatriots a reason to believe again. If not, they’ll have to deal with the other side bringing something else to the table.

That’s right: Mexican Americans—the emerging swing vote—now hold one of the most powerful cards in the deck. The question now is whether Chicanos will take their own favorable bargaining position for granted.

If you’re passionate about a particular issue, keep one thing in mind: you’ll know it’s not going anywhere when you begin to hear lines such as “not this time,” “we’re not ready,” and “wait until the next election.” At that point, consider looking at your range of options.

Having said all that, it’s important to point out that Mexican Americans should support President-elect Biden in his efforts to follow through on parts of his agenda. He’s proposed plans such as expanding affordable healthcare, creating a pathway to citizenship for undocumented immigrants, and rebuilding our broken economy. These are policies our communities need now more than ever.

At the end of the day, campaigns are about persuasion and trust. You have to engage with people as they are and address their needs. The good news is that there is ample time between now and 2024 for campaigns and political parties to improve how they reach Mexican Americans and other Hispanics. So rather than dwell over this year’s election results, folks should start preparing to hold elected officials accountable in 2021 and beyond.

Eli Magaña is a public relations strategist who recently served as the Nevada communications director for the Tom Steyer 2020 presidential campaign. Follow him on Twitter: @EliMaganaNV

Opinion: What Dems Could Learn From Latinos
The Privilege Of Outrage