Home » The Privilege Of Outrage 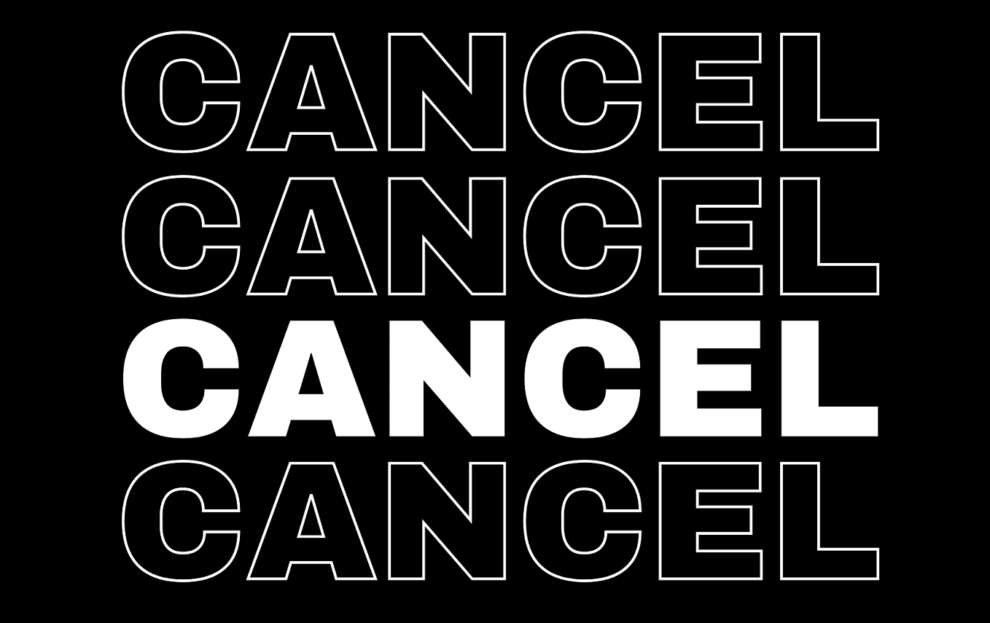 Brandon Loran Maxwell @brandonlmaxwell
Bottomless, directionless outrage is a waste of time and a distraction.

I can’t imagine anything more counterproductive in life than constantly looking for a reason to be offended by something. Than waking up each morning, hoping to discover something that can be reinterpreted as a slight or trigger. Than viewing the world through a lens that relegates all the nuances and complexities of life to two shades.

It’s an exhausting way to navigate the world. Yet it’s exactly the kind of shallow life some people lead. The real problem, however, isn’t that some people choose to be offended by everything, but rather that a day rarely passes where everyone else isn’t forced to listen to it.

But perhaps an even bigger problem with outrage culture is that it reserves the right to pull the chair out from anyone at any given moment for any given reason. Definitions are always subject to change. Victims are always subject to change. It doesn’t matter who somebody is or what somebody has accomplished, if they fall on the wrong side of the chair when the music stops, they’re “canceled.”

Is anybody surprised discourse has regressed to this point? For years, we have equipped an entire generation with nothing but a hammer and told them nails can be found everywhere if they squint their eyes hard enough.

The problem is hammers aren’t always the right tool for the job. On the contrary, sometimes actual problems require careful thought and consideration to remedy. Sometimes things have to be built up, not just torn down.

Nothing illustrates the intellectual laziness—and downright lunacy—of this mindset than a column last year at the San Francisco Chronicle, which argued Bernie Sanders’ mittens were an example of “white privilege, male privilege and class privilege.”

Really? I didn’t vote for Bernie Sanders, but I wouldn’t mind seeing the editor who published this get slapped across the face with his oversized mittens.

As the column demonstrates, the hammering is circular and rarely substantive. Yet behind the constant whining is a glaring irony that few people seem to notice: That having the time to sit around and complain about privilege is itself a form of privilege. See how easy that works?

The futility of perpetual outrage can’t be overstated. It solves nothing. And the implication that it will somehow lead marginalized communities to salvation is a lie. It is a lie, sprinkled with elements of truth, peddled by a small faction of false, self-serving prophets who often benefit from the appearance of a fight more than the reality of a solution (as my friend Kenneth Castillo once phrased it).

“Speech should be the last thing anyone concedes, and the first thing that everyone defends—regardless of who it offends.”

Without question, a rational person should be able to admit racism and sexism exists. They do. But to find racism and sexism in everything as a philosophical exercise makes a mockery of the real sacrifices of past generations (and here I thought that Catholic nuns finding the virgin Mary on every loaf of bread was crazy).

The media hasn’t helped. Desperate to be lauded as “woke,” journalists often do the bidding of the loudest but least representative voices. As a result, the same group of thin-skinned people are often placed on a pedestal and presented to the public as the voice of marginalized communities when nothing can be further from the truth.

Others conflate cancel culture with traditional boycotts. And while I agree boycotts can be an effective form of protest, this is also an overly simplistic and dishonest comparison. At best, cancel culture is the mindset that something disagreeable must be shutdown. At worst, it’s a philosophy of forcing everyone else to capitulate to a particular political worldview.

Fascism can’t fix fascism. Period. No matter what form or fashion it takes. And pseudo intellectuals on both sides have peddled cancel culture in different incarnations over the years.

The question is at whose expense?

Speech should be the last thing anyone concedes, and the first thing that everyone defends—regardless of who it offends.

“Taking away a microphone doesn’t take away bad ideas. It merely incentivizes people with bad ideas to whisper louder.”

To be clear: I’m not arguing speech should be exercised carelessly. It shouldn’t. But is the solution to unearth “isms” in everything? To be outraged about everything? To spend all day whining online instead of building something tangible? To quell dissenting points of view?

Taking away a microphone doesn’t take away bad ideas. It merely incentivizes people with bad ideas to whisper louder. It ushers bad ideas and untruths into the shadows where the light of truth is robbed of the opportunity to distill or disinfect.

Without a doubt, those who find themselves on the wrong end of the perpetual outrage machine also share responsibility. If one is going to share an opinion, then one should be willing to take the heat that comes with that opinion without calling every criticism a coordinated act of “cancel culture.”

But canceling someone is also not the same as holding someone accountable. And despite what the charlatans at the helm of the Woke Industrial Complex love to claim, bottomless outrage won’t bring respite. It won’t bring equity. It won’t quench the thirst.

The sooner everyone recognizes this, the better.

Opinion: Mexican Americans Are The New Swing Voter
Opinion: Biden vs. Trump Is The Crossroads Nobody Wanted