Home » Opinion: Biden vs. Trump Is The Crossroads Nobody Wanted 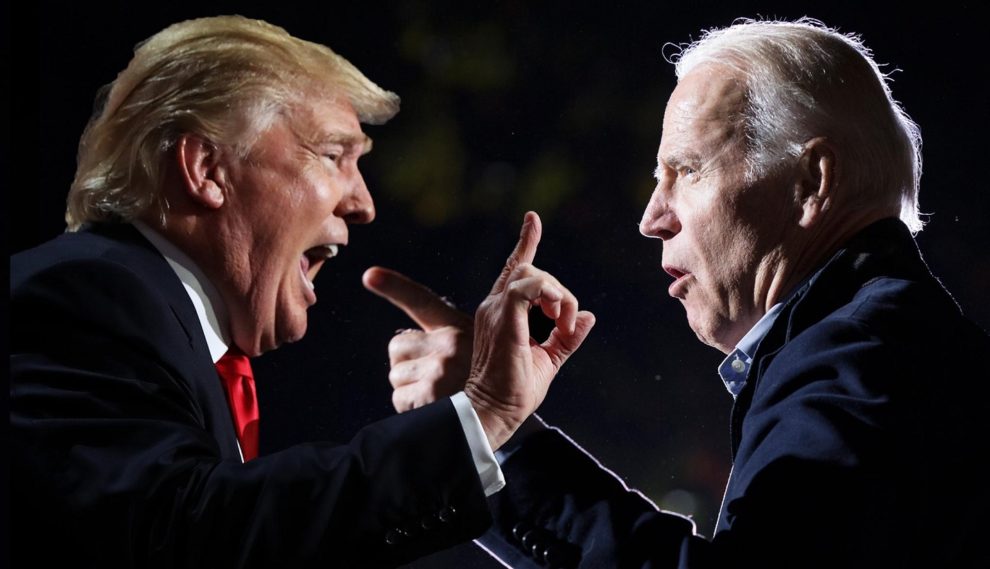 The following column was written after Bernie Sanders dropped out, and has been republished because of its relevancy in light of the recent presidential debate.

As the general election is now being set into full-motion, the United States is precariously caught in what is arguably one of the most dangerous moments in the nation’s history. The country is now undeniably at the global epicenter of the coronavirus pandemic. The country’s privatized medical care system is in shambles, the nation’s economy is poised to take the worst downturn in modern history, and class inequality is the highest it’s been since the Gilded Age of the late 19th century.

To make matters worse, Donald Trump, one of the most dangerously negligent and incompetent individuals ever to occupy the oval office, is operating virtually unchecked as the nation functions in a perpetual state of panic. And amid this dire backdrop, Joe Biden is the candidate now entrusted with the daunting task of unseating him.

Needless to say, every one of these issues and a myriad of others all require unprecedented systemic policy reform and a radical progressive vision for the future if they are ever to be truly addressed. This is made all the more troubling that in this unprecedented moment of crises the best candidate the Democratic Party could muster up is Joe Biden.

At a time when the country desperately needs a candidate with a bold new vision and direction, the Democratic establishment has essentially taken several steps back by throwing the entirety of its weight behind Biden’s campaign.

It’s shocking that Biden, whose campaign was previously running on fumes, and hardly more than a month ago was struggling to compete in a crowded playing field against Bernie Sanders, Elizabeth Warren and Pete Buttigieg is now the party’s de facto nominee.

In stark contrast to other candidates previously vying for the nomination, Biden’s campaign has not been defined by bold new policy, but instead underscored by the progressive initiatives and proposals embraced by many in his own party that he has flat out rejected.

Such popular positions Biden has rebuked include his refusal to support single-payer health care coverage. Even as millions of working-class people are laid off from their jobs due to the coronavirus and risk losing their employer-based insurance, Joe Biden still refuses to support any sort of Medicare for all proposal. Other platforms popular within Biden’s own party that he opposes include the legalization of marijuana, canceling student loan debt and a Green New Deal, among others.

Despite his proximity to Barack Obama, throughout the entirety of his political career, Joe Biden has easily been one of the most conservative politicians in all the Democratic Party. Yet the Democratic establishment has propped him up as the party’s chance for defeating Donald Trump in November.

This lack of progressive vision underscores why Joe Biden is uniquely vulnerable running against Trump. Simply put, Joe Biden woefully underperforms when it comes to enthusiasm. In a recent poll conducted by ABC News and The Washington Post, among his own supporters, only 24% of those polled were “very enthusiastic” to vote for Biden in the general election.

This is the lowest level of enthusiastic support of any Democratic candidate in the last two decades, and a stark contrast to 53% of Trump’s base who said they were “very enthusiastic” about voting for his re-election.

Much of the problem stems from the fact that Joe Biden has struggled to garner strong enthusiasm among younger voters, many who overwhelmingly support the progressive policies popularized by candidates such as Bernie Sanders and the progressive wing of the Democratic Party.

And with Biden still underperforming with young voters, he will be fighting an uphill battle trying to woo a voting block that until now he has all but ignored, and one that is tired of centrist policy favored by the status quo which he has stubbornly clung to.

Biden is unquestionably a deeply flawed candidate. From his resistance to desegregating schools in the 1980s, to his defense of the War on Drugs and The Violent Crime Control and Law Enforcement Act of 1994 (which he helped author), to championing the invasion of Iraq and advocating cutting social security.

Sadly, while Joe Biden is by no means an ideal candidate, the country faces an undoubtedly far darker, crueler fate under yet another term headed by Donald Trump.

A re-election for Trump come November means more than just another four years of his buffoonery. Long term, a Trump victory all but guarantees the creation of one of the most politically conservative, right-wing Supreme Courts in the country’s modern history.

A Supreme Court majority assembled by Trump means virtually all progressive legislation is dead in the water for at least a generation. This worst-case scenario of a Supreme Court packed to the brim with unqualified judges delegated to lifetime appointments carrying out Trump’s agenda should send shivers down the spine of every single advocate for a free, just, open society.

This is what’s at stake this election, and the country truly is at a crossroads of what path it will ultimately go down.

While Joe Biden undeniably faces major hurdles even within his own party, Sanders has given Joe Biden the benefit of time to try and earn the votes of communities he has so flippantly dismissed and burned bridges with over the years. Biden’s success will almost assuredly hinge on the turnout of swing voters, especially young, black and Latino voters in key swing states.

However, in the era of COVID-19 and restrictive voting measures which were already in place long before the pandemic targeting and disenfranchising marginalized communities, free and fair elections in November are increasingly in question.

Faced with Trump’s cult-like following, the very real threat of rampant voter suppression, and running as an exceptionally underwhelming candidate, Joe Biden has his work cut out for him.

With eight months left until election day, only time will tell if Biden and his campaign is up to the task of crafting a genuine platform to win over skeptical voters and ensure they turn out, or set to repeat the same mistakes of 2016.