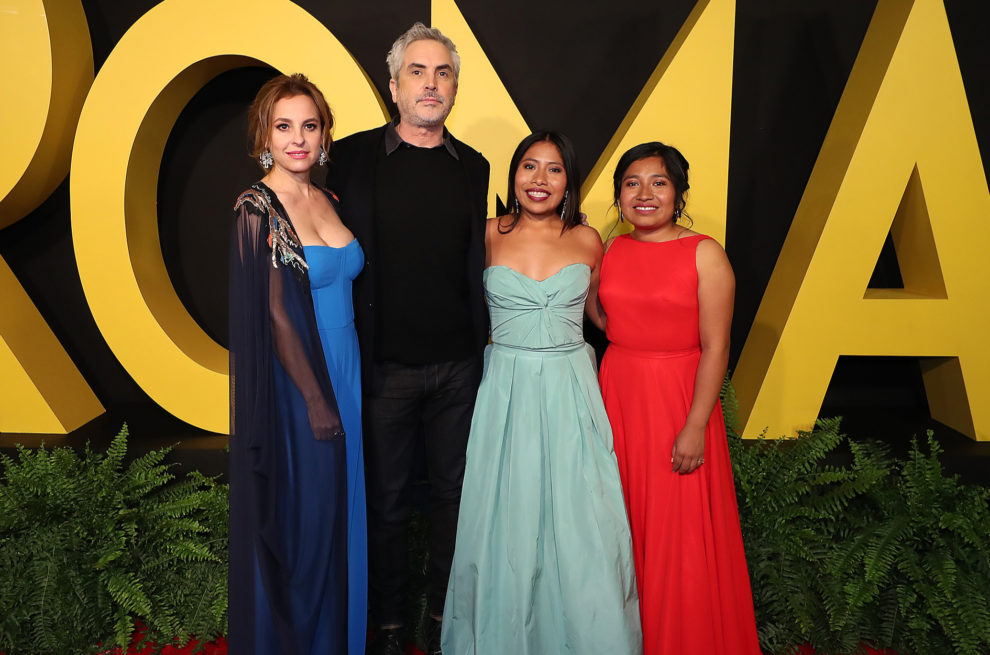 Leonardo Poareo nardrageous
Latinos now make up a substantial part of the U.S. population. There is no reason they should still be underrepresented in media and entertainment.

Guy Gabaldon single handedly captured and persuaded scores of Japanese soldiers to surrender during his stint as a Marine in World War II. He was a short Mexican who had learned the Japanese language and culture growing up in the melting pot that was East LA.

Who represented him on the silver screen? Some 6-foot, corn-fed actor with blue eyes in a film called Hell to Eternity. The movie, made in 1961, did not mention Guy’s Mexican heritage. This, for one of the Great War’s greatest heroes who served among approximately half a million Latinos in that vicious war.

This is only one of many instances in which Latinos were either Anglicized or completely ignored in media representations. Latinos represent one-fifth of the U.S. population, yet are rarely seen onscreen, a regularity that is receiving more attention since USC Annenberg’s Inclusion Initiative released a study on Netflix’s diversity practices commissioned by the streaming giant.

The findings reveal some auspicious trends, including the increased inclusion on Netflix of female and African American characters, as either leads or co-leads.

But Latinos lag on the platform, as they do on a variety of media platforms. Latinos need more representation because their stories are a vital part of the American experiment. This lack of representation potentially has ugly implications for ethnic relations in the U.S. while culturally shortchanging everybody.

If you grew up Latino, chances are that you didn’t see yourself represented much in media. Sure, there was Cheech (Chong is Chinese-Canadian), the myriad films Edward James Olmos and a few others like cult classic Blood in Blood Out, but on the whole Latinos haven’t seen too much representation in films.

When they are, it tends to be as cholos or gang members. Not that those aren’t fun themes—Scarface, anyone?—but the Latino experience in America is deep, rich, and storied, just as it is for Black people and Asian Americans.

In Westerns, Latino characters were either portrayed or referred to as cowardly and/or weak. Darkness being connoted with inferiority is a familiar trope in Hollywood. Just check out how Once Upon a Time in Hollywood made a “meta-joke” about Mexicans in Hollywood and westerns. Not to mention the very real historical incidences in which Latinos have been either maligned for cowardice or chicanery, or both.

Consequences of these omissions include, according to scholars, job discrimination, inaccurate depiction of U.S. society (i.e., one might think an inordinate amount of Latinos are just criminals or immigrants), and could ignite racial animus. Observe the rise in anti-Latino hate crimes the FBI reported and one can wonder whether or how much role the media plays in stoking these incidents.

There are a number of potential causes for this Latino deficit. On a macro level, there’s the U.S.’s DNA as a historically racist nation. We don’t need to traverse the ugly trail that is America’s racist history, nor it’s racist representations of nearly all ethnic groups that weren’t Anglo to understand our founding racial poison.

All of this has deep consequences for Latinos. To combat these issues, colorism is and always has been prevalent among the Latino community. Hispanics raised in the borderlands know this all too well, with the more European-looking families tending to claim Spanish heritage (ironically not all Spanish people are known to be light—Antonio Banderas, anyone?).

Still, treated like foreigners by too many Anglos, Anglo wannabes, and one ex-president in particular, it shouldn’t come as a surprise that anti-Latino hate crimes were on the rise. “Make America Great Again,” we learned, was code for an array of anti-American tenets, not the least of which was to “Make America Wonder Bread” white again.

In line with the too-true cliche that Latinos are indeed not a monolith, not all Latinos perceive themselves as minorities. Given the Latino response to Anglo racism that was “I’m not Mexican or Indian, I’m Spanish, there’s a certain subset of the population who will not see a problem with under-representation.

The white-identifying-Latino chain of causality isn’t the most scientific, however. Researchers have found likely causes that include a lack of Latinos in key leadership positions in media, and an overall system that is narrow-minded. Indeed, historically there have been few Latino executives in media, and there’s almost comic under-representation in the Academy of Oscar’s fame and the Emmy academy as well.

The upshot to all of this is that the problem is being recognized and addressed. Latinos who care are making their voices heard, and huge players like Netflix are demonstrating a commitment to diversity, and a willingness to solve the problem.

But the old adage holds that we should not look to leaders to solve these problems. We have to stay vigilant and work diligently to uplift each other’s voices in every creative space, which will mean a vast swath of culturally and even ethnically diverse Latinos coming together to watch each other’s stories.