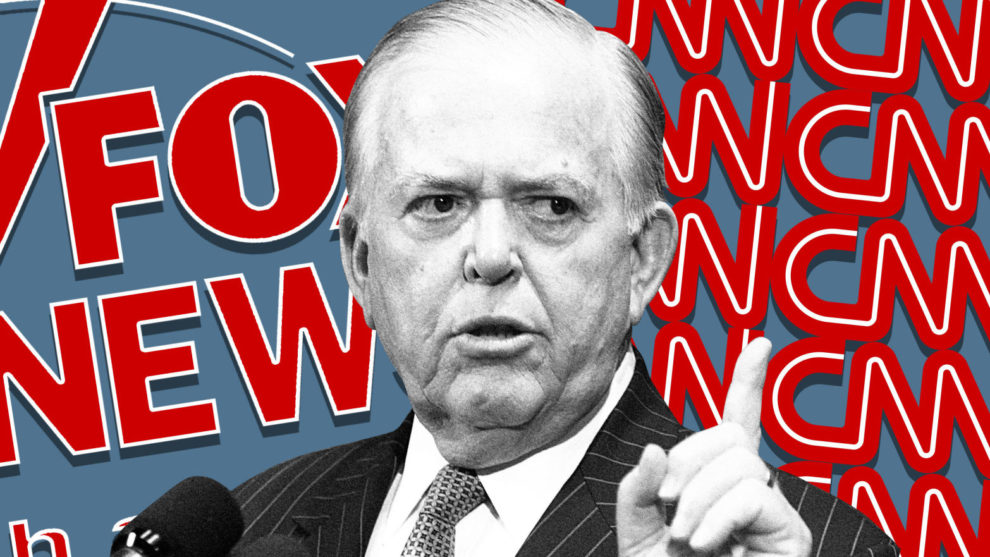 The fact that the media is a business is also one of the reasons Donald Trump himself was elected.

With the impeachment trial of the president set for this week, the news media will be champing at the bit to tell this historic story.

Fox News will likely talk about how Trump didn’t do anything wrong, that the Bidens made a secret deal with the Ukrainians and Satan (aka Hillary Clinton and Obama’s mutant hate child), and that white people should get their AR-15s ready for the horde of brown, trans atheists hellbent on replacing their firearms with reusable bags made out of stem cells.

CNN will likely talk about how Trump made a secret deal with Satan (aka just Putin) to become president, that the Trump call to Ukraine is the most egregious instance of presidential overreach since the last little thing Trump did, and that the office of the president is supposed to be this sacred institution that Putin has sullied with his evil little KGB fingers.

NPR will attempt to maintain their reputation as arbiters of fairness in reporting, even as they pretend everyone’s opinion has the weight all in the name of “unbiased reporting.”

It’s no wonder that the general public has such a distrust of mainstream media, and these past few weeks and upcoming weeks will only reinforce this mistrust.

Last week’s democratic presidential debate on CNN reinforced the perception that the mainstream media is wildly biased. Elizabeth Warren, swelling with the pride that only someone with a quarter of a percent of American Indian blood could have, claimed Bernie Sanders told her he didn’t believe a woman could be president, something Sanders denied saying.

A CNN moderator asked Bernie about this, whereupon he denied it, but then, as if she didn’t believe Sanders, she proceeded to ask Warren how she felt when Sanders “said” this.

It’s a possibility that the moderator favors Warren and let her feelings bleed into her questioning, sure, but it’s more likely that they wanted the ratings that go along with such a controversy. A conflict between two major frontrunners in the primary means big business and attention, something a business like CNN would surely want to capitalize on.

The fact that the media is a business is also one of the reasons Donald Trump himself was elected. Trump was nothing but a sideshow in early to mid 2015, but his rallies and outrageous statements made for easy clips and soundbites that made news outlets easy money.

This coverage gave Trump a powerful means of reaching America with his xenophobic, faux-populist “policy” proposals. Many have said Trump basically received millions upon millions of dollars in free advertising due to the press coverage he received.

This lust for salaciousness is fed by the profit incentive, the consequence of which is a de-emphasis on nuance. It’s for this reason that we don’t hear from commentators on too many outlets about how Trump is only heightening the trend of presidential overreaches. Instead, they focus on the competitive aspect of the impeachment and the primaries, as if the primary’s a horse race and as if impeachment is the Super Bowl of American politics.

The Business Of Big Media

The media facing democratically-opposed incentives isn’t the only reason we should look at them with suspicious eyes. The propaganda model, first proposed by Noam Chomsky (he’s still alive!) and Edward Herman in their landmark book Manufacturing Consent, explains how information gets twisted by major media.

To begin with, there’s the fact that so many outlets are corporate, owned by huge conglomerates that largely care about serving their own interests and advertising dollars, not the least of which was General Electric’s ownership of MSNBC.

This was troubling because GE just so happened to also make war munitions. Iraq was good for business, while Iraq critics on their channel were not. Then there’s the issue of sources, with the media relying on the PR industry for news and also elite information sources (e.g., press releases).

Even NPR’s Morning Edition has been accused of favoring conservative think tanks in its news coverage. This confluence of factors is what too often renders the mainstream media feckless stenographers of powerful politicians and captains of industry.

I know firsthand the problem of journalistic incompetence and obsequiousness because I’m a (recovering) journalism major. On occasion, I would write stories in the newsroom, to get that feel of hard-hitting reporting.

I remember observing a couple of young reporters interviewing Tucker Max (a real-life Van Wilder) on the phone and fawning over him like a groupie at a Def Leppard concert circa 1986 (*saccharine millennial voice* “Thank you soooooooooo much, Tucker!”) and laughing at his every quip.

This fear of losing access to subjects is very real, and too often results in media sycophancy. Take the case of the UFC and its darling Conor McGregor, a man who in the past year punched an elderly man in the face and is facing accusations of sexual assault.

In the run up to this past weekend’s fight, reporters have been discouraged from asking him any questions about these instances, and face the very real threat of losing their press credentials with the UFC, which in turn affects their livelihoods.

Any possible solutions to this situation are not easy to implement. They are increased regulation of media, which would undo the rollbacks that started with Reagan, and greater independent ownership of media.

There are instances of this already (including this website), and instances of independent media with stations like Pacifica and NPR, but at the same time, the major means of media are controlled by large corporations, which is why there’s right-wing radio and virtually no progressive radio. Changing this will take leadership at the federal level, but also leadership at t

Say What You Want, The GOP Is Anti-Latino
Latinos Face Racism from Everywhere, Including Themselves