Home » Say What You Want, The GOP Is Anti-Latino 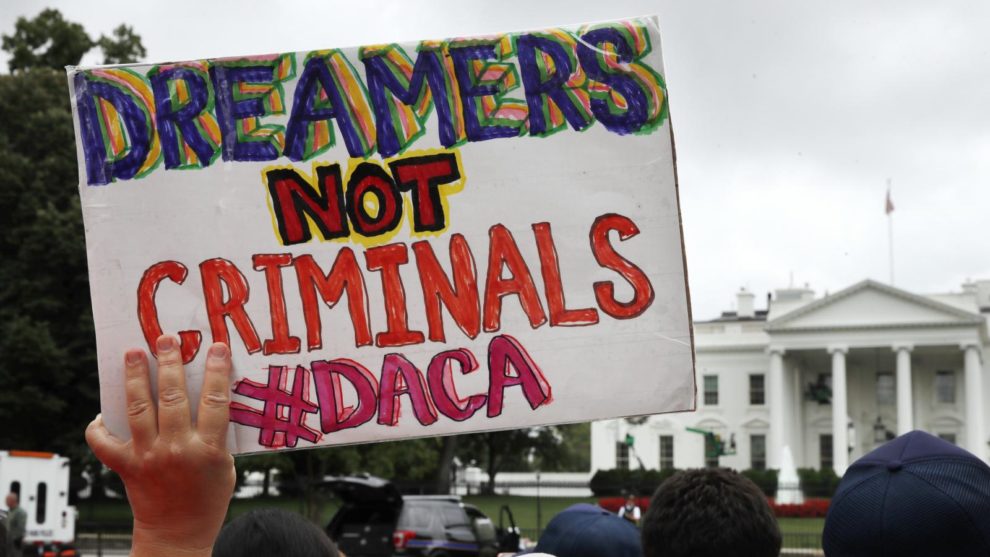 Leonardo Poareo nardrageous
The GOP is anti-Latino, and its actions prove it.

The ending was as anti-climactic as the Sopranos finale, with the GOP-controlled Senate acquitting President Trump of all charges in his impeachment trial. Everyone knew this was going to happen, and the president is no doubt feeling emboldened by Republicans’ show of support.

Trump and the GOP pose unique threats to the American experiment, especially now that there are no forceful methods of holding the executive branch accountable. They pose the greatest threat to black and brown voters, which is why Latinos should turn out for the 2020 election and vote against them.

Republican bashing has become a favorite pastime for so many of us since the Obama era, a time in which the intransigence was a religion for the party. Yet even before stifling Obama became all the rage, the Republican party was not a friend to Latinos.

Not that there weren’t natural points of agreement between Republican policies and Latino values. For instance, there has been the Republican appeal to an entrepreneurialism that meshes with that of many Latinos, the marketing of family values/religion that went hand in hand with a vigorous anti-abortionism, and an anti-communism that resonated with the Cuban population in Florida.

But beyond these areas, the Republican party has largely proven to be an enemy of Latinos. This goes back decades, with opposition to unions, and its perennial opposition to social-welfare programs.

These stances were not evil—and Republicans were not always ghouls—but rooted in a vision of the world based on atomistic individualism that just so happened to also benefit the wealthy over the middle and working classes, of which Latinos were largely a part.

Not to mention this worldview clashed with a communitarianism found in many Latino cultures. In recent years, the disrespect of the working class has surely been aided by the Democratic party, but the Republican party has taken it to special depths.

By now the party’s dog whistles against providing services to those in need is infamous. When Republicans decry the use of social welfare programs, or claim that these programs make people lazy, there is often a subtext of racism.

This was traditionally aimed at African Americans, but with immigration at the forefront of discussion, it is often levelled against immigrant Latinos. The idea is that immigrants come here to take advantage of the American taxpayer, an idea that conveniently meshes with right-wing racism.

But the GOP wasn’t always against immigration. During the Reagan administration the 1986 Immigration Reform and Control Act was passed, a law passed with bipartisan support, which offered amnesty to immigrants while seeking to punish those who knowingly hired those without papers. Even during the George W. Bush administration the right-wing did not universally embrace a toxic nativism.

But in order to rally its base of insecure Americans, they used “illegal immigration” as a rallying cry to their cause of “America First.” Under the Trump administration, this stance has only become more caustic, with ICE ramping up deportations that hurt Latino immigrant communities, pursuing immigrants so zealously that they sometimes mistakenly detain citizens.

Not all Latinos are immigrants, though, so it may be the case that the Republican party only acts against immigrant Latinos struggling to survive and who only want a shot at a decent life.

In states across the country, there are voter purges, restrictive voter ID laws, and oddly coincidental irregularities with voting machines. These actions are taken with the intent of disenfranchising Latinos and African Americans.

The GOP has frequently argued, with their penchant for “what-aboutism,” that Democrats have traditionally gerrymandered and tampered with the vote. Sure they have, but not on this level, and not in a manner that erases the vote of entire ethnicities.

In pursuing these methods, the GOP seeks to erase the identity of a Latino people who have shed blood for this country for almost 200 years, for the sole reason that their votes pose a threat to Republicans’ electoral hegemony. If you have to be convinced as to why this is fundamentally wrong and anti-American, you’re probably a nihilist. Yes, the Democratic party is problematic itself, but they are not employing a strategy to erase the votes of entire groups of people.

Maybe none of this should matter to all Latinos. Latinos come from a broad array of cultures, economic strata, and political ideologies. To argue that Latinos have the same interests is often a fool’s errand, but in a culture rife with cell-phone videos of Trump-loving whites telling us to speak English, or go back to where we came from, it becomes evident that the country largely sees us as the same, and of not deserving a voice in where this country goes.

We Are A Lost Nation That Needs To Remember Our Identity
Big, Bias Media Threatens Democracy