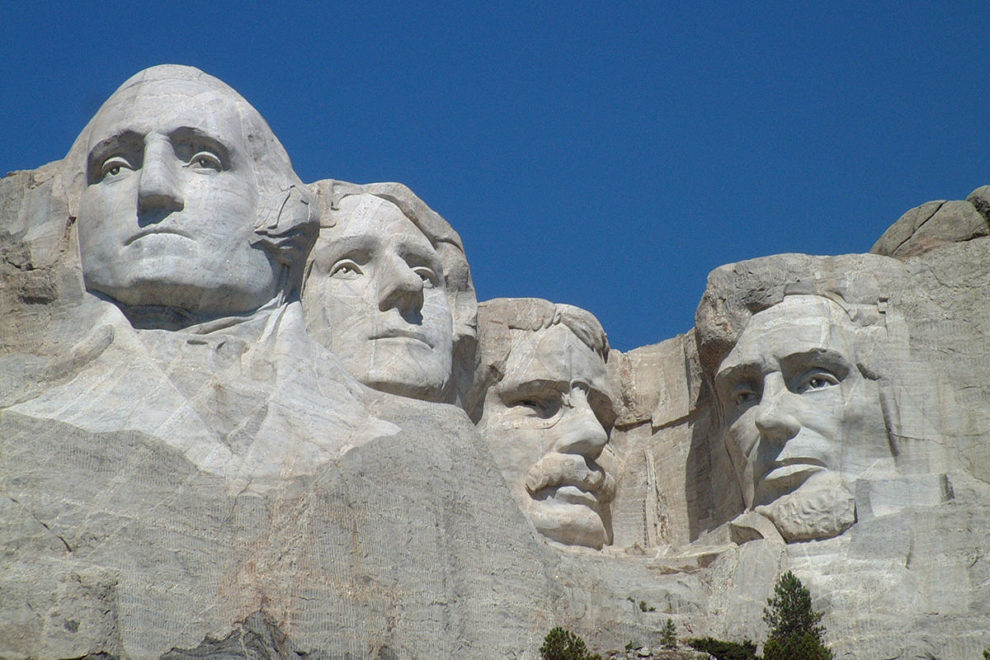 "Today I invoke a challenge. A challenge to find something good in your life and to share it with others."

The following is a submission by Zachery Román, whose writings have appeared at HuffPost, among others.

There was a time, not more than 80 years ago, when American society believed in something. It believed in the idea of upholding the freedoms of all, protecting the weak, and standing against the impunity called injustice for both those at home and abroad. Our country was a leader among nations. We hailed a call against a dictatorship so evil, that even today, to perform a Nazi salute in some countries is illegal.

Our country, the United States of America, had a standard both morally and ideologically that was looked upon as the model for other nations to follow. When the name our nation was invoked in other lands, the desire to see our spacious skies and amber waves of grain was what caused people to leave their homelands, families and friends behind.

These distant travelers wanted nothing more than to be part of a country whose beauty was described paragraph by paragraph in a song simply known as “America The Beautiful.”

The fruited plains of our country, along with the purple mountain majesties and vast opportunities they presented, is what drove others to this land.

It started with the founders of our great nation over 200 years ago. Great men who made a sacrifice of both person and property to stand against a tyrannical ruler who resided in a far-off land across the Atlantic Ocean.

As our country developed, we were blessed with true heroes who sought not their own significance and rights, but they looked to an ancient book given to us by divine providence, in which the moral standard on how we treated others defined how we developed our Constitution, our Bill of Rights, and our Declaration of Independence.

No nation is without its faults. We’ve seen and fought against oppression, slavery, discrimination and dedicated ourselves to empowering others.

There have been tests, in which we have failed, but more so, we continue to fight and prove ourselves worthy of being called the greatest nation on the earth. Yet, here we stand in 2020, facing a crisis like no other before.

A crisis of leadership. A crisis of moral standards. A crisis of knowing how to treat others with dignity and respect. A crisis in educating our children to respect law and authority. A crisis where our national identity is being bifurcated between the haves and have nots.

Dare I say, our country is suffering from an identity crisis.

When we celebrate President’s Day, we are acknowledging the leaders of yesteryear and proclaiming that they did something right. Individuals like our nation’s first leader, George Washington, and the great liberator, Abraham Lincoln were the impetus for this day of recognition. But as time has gone on, other presidents who we acknowledge as having American character and qualities are also celebrated.

Yet, what would our past leaders say about the current course of the country they liberated through strife and loved more than themselves? Would they see the liberty they fought so hard to sustain or find themselves facing a regime which only seeks to benefit itself off the backs of its countrymen?

Today I invoke a challenge. A challenge to find something good in your life and to share it with others. A challenge to turn the other cheek when all you want to do is return the pain that was given to you. A challenge to adhere to the finest principle ever written, which says to think of others above yourself. A challenge that remembers why we celebrate individuals of the past, in hope of a better future.

If accepted, this challenge promises to evoke a deep-seated understanding, that inside all of us, there is a desire for nothing more than peace, respect, and love.

At this crossroads in our nation’s history, I am reminded of these words from Abraham Lincoln that still ring true today:

“With malice toward none, with charity for all; with firmness in the right, as God gives us to see the right, let us strive on to finish the work we are in; to bind up the nation’s wounds; to care for him who shall have borne the battle, and for his widow, and his orphan – to do all which may achieve and cherish a just, and a lasting peace, among ourselves, and with all nations.”

Zachery Román is the author of several articles featured in websites such as HuffPost, Fatherly.com, and The Good Men Project. He writes speeches for a Los Angeles based political figure and enjoys writing personal essays that describe his experiences as a husband, father and as a man of faith.

Opinion: Why Voters Should Vote Bernie
Say What You Want, The GOP Is Anti-Latino