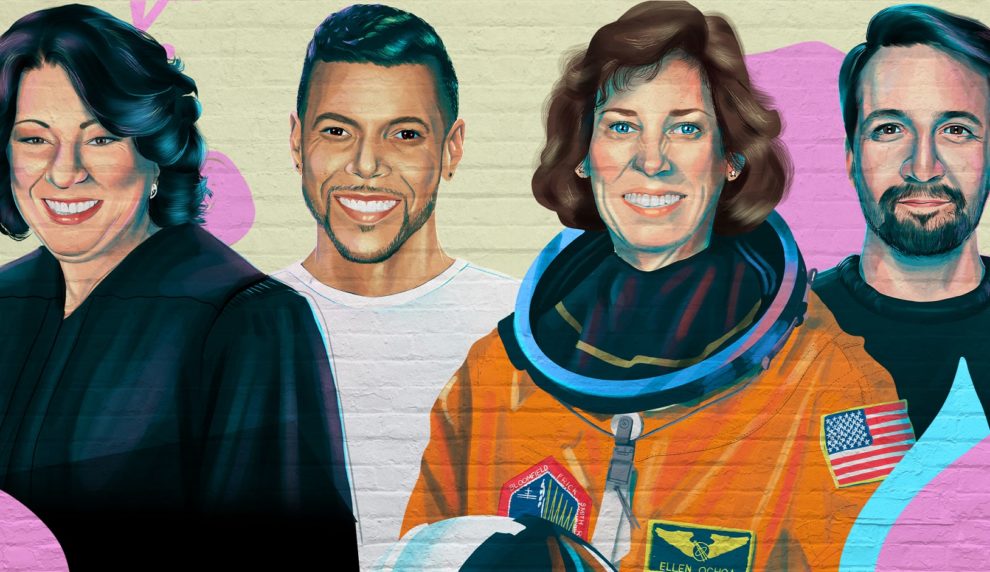 Leonardo Poareo nardrageous
There seems to be a strange fascination among certain Latinos with dividing us into color schemes.

With our diversity of cultural practices, it’s a wonder Latinos can agree on anything at all. Within my family, for example, we can have arguments about the best beans and chile that devolve into heated confrontations typically reserved for school-board meetings in Orange County.

So it’s not surprising that there is a push among some Latinos to call out whiteness in the Latino community and the privilege lighter Latinos experience. The problem with this approach is that it minimizes the ethnic experiences of light-skinned Latinos, and de-emphasizes the colonial roots that are a crucial feature of our heritage and culture.

In a recent L.A. Times op-ed, Jean Guerrero details the origins of the term “Latinx.” In the piece, she argues that “Latinx” did not originate from white wokery, but instead from actual Latinos (woke Latinos are Latinos too). This is much to the chagrin of Latinos who loathe the term and wished they could blame virtue-signaling liberals who study performative do-gooding at UCLA.

The reality is always more complicated, but the conclusion that we should all arrive at is simple—let people use whatever term suits them. As was implied by subjects interviewed in this essay, “Latinx” is not some earth-shifting term that will undermine the identities of various Latino communities.

The problem is that Guerrero emphasizes “white Latinos” when contrasting with darker Latinos. Latino Rebels founder Julio Ricardo Varela does something similar in a piece about Latino representation in Hollywood. Guerrero’s piece details the hate she’s received from so-called “white Latino” men as a result of using “Latinx.” The flaw with this line of reasoning is that a quick review of Twitter reveals a multitude of darker Latinos who also oppose the use of the term, so this debate isn’t Black or white (no pun intended).

In his essay, Varela alleges that John Leguizamo is a “white Latino” and that the experiences of so-called “white Latinos” are inherently different than that of Black or Indigenous Latinos. First off, John Leguizamo looking “white” is news to me—it’s obvious he has indigenous roots. By “white” Varela is referring to skin tone, and not actual culture. In doing so, he’s muddying the waters a bit, as Latino is an ethnic term that doesn’t hinge on skin tone.

But a Latino is a Latino, regardless of skin tone. Different Latinos have different skin tones, sure, but that doesn’t mean that they’re a different type of Latino. This “white privilege” for Latinos is real, but it is relatively new, and elides the racial trauma and suppression of culture that these folks have had to face long before the major waves of Latino immigrants made it to this country.

For example, while most members of my family are on the lighter side, they have faced racism for generations, be it for their accents in schools and in church, in trying to purchase a home, or even being faced with racial epithets in regular life. Thus, typical Anglo whites did not see them as being “white.” To whites, they were just Mexicans, no matter their eye color or the fact that they were never immigrants to this country.

Sure, there are those who have tried to endear themselves to Anglos by proffering their Spanish heritage as evidence of their whiteness, but they are the ones who are lying to themselves, as their background is largely Mestizo. And they are doing this as a direct result of white racism.

Most troubling, though, is the view of Mexican historian/activist Citlalli Citlalmina Anahuac, whom Guerrero quoted in her essay. She argues against the terms “Latino” and “Latinx” because both are “anti-Indigenous” and “like the term Hispanic, often seen as centering Spanish colonizers.” She continues by asserting “the term ‘Latin’ is Eurocentric and centralizes whiteness,” and that “by adding an ‘x’ or an ‘e,’ we’re just playing with a colonial identity.”

To deny Spanish colonial roots (at least in Mexico and the American southwest) is to deny in large part the actual history and ethnicity of Latinos. For instance, while many Latinos have a large indigenous presence in their DNA, many in Mexico and the Southwest borderlands have a large presence of Spanish/Iberian. Yes, Spanish is Eurocentric because it is in fact a European language. It’s also a European language that’s been in use in the Americas for multiple centuries at this point.

The alternative that Anahuac ostensibly proposes would be to employ a particular indigenous language for each ethnic group within a particular country. But then we would have to remember that not all groups would have accepted languages such as Nahuatl, and that the Aztecs themselves were conquerors who made quite a few enemies. On it goes for various indigenous groups that didn’t necessarily live in peace.

These days there seems to be an emphasis on indigeneity as a source of inherent goodness, which ignores the complicated nature of humanity and infantilizes the indigenous community. Activist Paul Chaat Smith discusses this extensively, and how often whites sugarcoat the history of Native Americans and create stories that devolve into fairy tales. Most importantly, Smith stresses the reality that Native Americans were never homogenous and unified in their views toward colonialism, and that they are not the romantic, Disney caricatures presented to us by the media. They are complicated; they are human.

Moreover, there’s a problem with the phrase “centralizing whiteness.” What does this mean? Were the Spanish white? Compared to the indigenous, sure. But the Spanish language has become the language of millions of mestizos who use it and other elements of their indigenous heritage to create unique, vibrant cultures. To try to stifle Latinos’ colonial identity is to suppress a major part of their identity. Again, travel through Mexico and the U.S. Southwest and one can observe that Spanish colonialism is a huge aspect of their cultures, and a major source of pride. The same for the indigenous aspects of their heritage.

Not to mention that there is a tremendous difference in the colonial patterns of the Spanish colonists and the English colonists, the latter being much more focused on white supremacy and the actual genocide of indigenous communities. In contrast, the Spanish tended to mix with indigenous communities, which is why you can visit any part of Latin America and observe millions of Latinos with mestizo heritage.

There seems to be a strange fascination among certain Latinos with dividing us into color schemes and ridding ourselves of any vestiges of colonial heritage. While the emphasis on indigeneity can be beautiful, we shouldn’t seek to rid ourselves of our colonial heritage either. It is complicated, and messy, just like us, and we need to accept that this is what makes our cultures so rich and vibrant. All of our experiences are valid. All of our experiences are Latino.