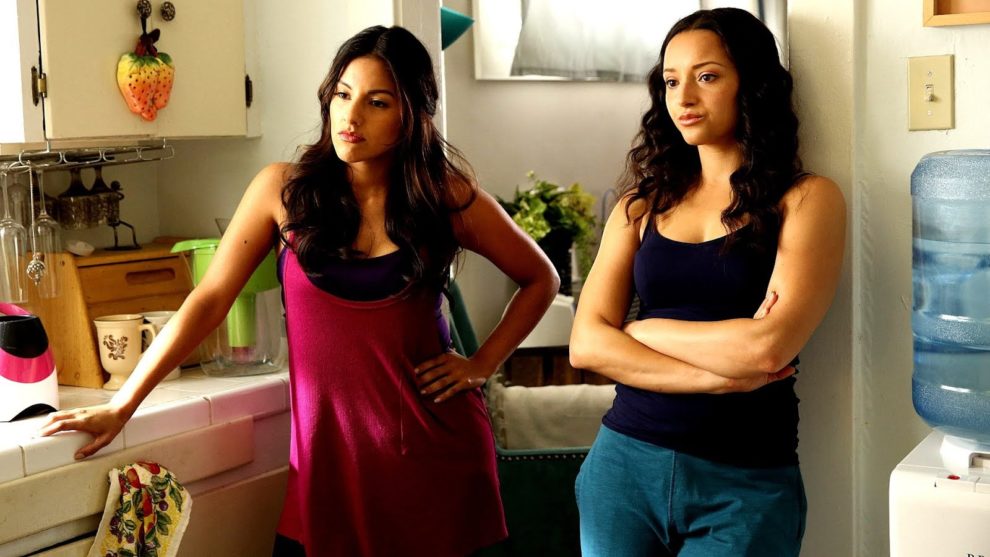 Angelica Pena
The characters are humanized, and the audience can easily imagine themselves in a similar position.

The Emmy-nominated Hulu original series, East Los High, is an intense social commentary on life of today’s Latino teens and for that reason, is more than worthy of a quarantine binge.

Set in East Los Angeles, this Degrassi meets Skins Latino series is a realistic depiction of the trials and tribulations of young Latinos navigating their early independent lives. Though the series aired in 2013 and concluded in 2017, the issues discussed in the series are relevant today.

In the first season, Jessie Martinez serves as our protagonist. She very clearly fulfills the quiet, good girl trope who by luck and looks secures a relationship with the high school heartthrob Jacob. Her cousin Maya, a runaway teen with a troubled past, ends up staying with Jessie and her mother, after escaping from her alcoholic mom and her mom’s sexually and physically abusive, drug-dealing boyfriend.

After having unprotected sex with another man, Jessie becomes pregnant and despite using a condom with Jacob, insists that he is the father, of course, while withholding the fact that she cheated.

Though Jacob intended to break up with Jessie after falling in love with her cousin Maya, the news of pregnancy terminates that option, setting up a storyline of forbidden love.

Jessie’s mother rejects the abortion option, insisting that she keeps the baby and takes responsibility for her actions. Jacob’s father insists the same, forcing Jacob to give up his scholarship, college dreams, and true love.

All the while, Maya struggles with a past that follows her. This begins a story in which these characters are forced to make tough decisions and learn to act in ways that best serve themselves.

Exploring issues like unprotected sex, cheating, STIs, sexual violence, drugs, and single parenthood, the series is unlike any other U.S. series in that, it speaks directly to young Latinos (in ways that older parents might not) about issues that directly impact the Latino community all while fitting into a novela-esque format that keeps an audience enthralled.

Despite the show’s slow and cliché start, aligning with tropes typical in mainstream teen media, like the popular, mean girl who bullies the quiet girl and the nerdy best friend who gets sidelined after her friend starts to date the high school superstar, the storyline that follows is far from formula.

As stated before, the series is unafraid in exploring tough topics which makes sense considering that the show’s writers and executives teamed up with social scientists and health workers to produce this series. Important information is embedded within the plotlines to depict the harms in keeping sex education taboo.

Though at times, the show might come off as a long, spoon-fed PSA about unprotected sex, the storyline distracts from the show seeming too self-righteous because the characters are free to make different decisions and take time in making those decisions as well, making the show that much more realistic.

The show’s themes are important for all Latinos to explore, especially considering that in 2017 Latinas aged 15-19 had a higher birthrate of 29.8 births per 1,000 females as compared to their white counterparts who had 13.4, according to the Centers for Disease and Control Prevention.

This show helps explain that while poverty and socioeconomic elements contribute to higher teen pregnancy rates, the taboos and beliefs that Latino families often hold contribute to these rates as well. While difficult to erase a culture that, at times, holds virginity and piousness as a priority, the effect of avoiding conversations about sex and disallowing birth control is all too clear.

East Los High is successful in going beyond the preachiness that discussing this issue head on might have. The characters are humanized, and the audience can easily imagine oneself, a friend or family member in the position that they are. The show illustrates how sexual education and birth control are not so much political topics as they are truths and choices that must sometimes be made to lead a fulfilling, safe life, which is a priority for all communities.

While in the show (and real life), one might feel anger towards these characters who carelessly make life changing mistakes, we are also reminded that they are young, only recently being faced with making adult decisions. I mean, even I was shouting at the screen when Jessie blamed others and refused to take accountability for herself.

Nevertheless, many, myself included, have potential to act just as selfishly, especially if going through something similar at that age. Everyone, especially young people, should be allowed to make mistakes or when faced with adult decisions, be allowed to make their decisions as an adult, without too much pressure from others.

Moreover, the fact that the series focuses on Latinos in particular makes it that much more unique. This is diversity done right in that, their identities are not entirely solidified in their ethnicities. The Spanish language, Catholicism, and Latino culture are embedded in their stories but are not heavily explained for a mainstream audience nor are the characters overwhelming stereotyped.

It is as if the audience was dropped into the lives of Latino teens in the United States who are similar in some ways but very different in others. The variety of Latino stories and the establishing shots of East L.A. among other homages to this Latino populated city, create a sense of reality that Latino audiences can easily connect with.

The next seasons explore topics beyond teen pregnancy and unprotected sex, like immigration and LGBTQ identities. Again, though the series concluded in 2017, the show is still relevant today and may even serve as a method for Latino families to open up discussions about these matters. The series of four seasons is available to stream exclusively on Hulu.