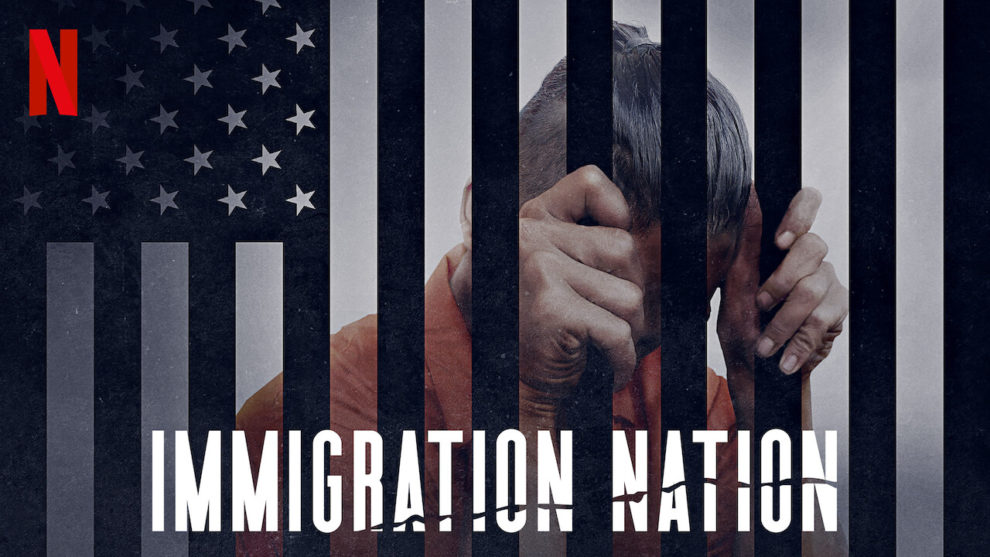 On the one-year anniversary of the Walmart El Paso shooting, Netflix released its new docuseries Immigration Nation. The docuseries offers a seemingly impartial and unprecedented insight into the immigrant-feared federal agency commonly known as ICE (Immigration Customs and Enforcement).

The series begins by following ICE agents in 2017 as they begin working under Trump’s new immigration policy, which unlike the one before it, focused on the deportation of all undocumented immigrants and not just those with criminal backgrounds.

The first two episodes depict the beginning of both the “immigrant raids” in different cities and the policy that separated families crossing at the border. The rest of the series follows different individual immigrant stories including but not limited to deported veterans and immigrant wage theft.

Together, these stories depict how the agency operates through fear tactics and the dehumanization of immigrants.

As stated, the first two episodes follow the agency as they begin to enact the, then new, Trump Era immigration policies. The first episode takes a Cops-like approach as the camera crew follows different agents through the city.

In one particular scene, agents are seen joking and teasing each other in regards to who will be bringing in more undocumented immigrants that day. The dehumanization of immigrants is in fact so ingrained in the agency that, tearing individuals apart from their families is seen by the agents as a sort of trophy hunt.

Although many of the immoralities committed by ICE agents seen in Immigration Nation are not news to people who are familiar with the agency, seeing them on screen causes horror and disgust.

One of the most blatantly questionable tactics used by the agents is the practice of entering homes without warrants. The agents identify themselves as police and the unaware immigrants allow them into their homes. Once inside, the agents are free to take the person they are after and any other “collateral” they can find.

Expectedly, some of the most heart-wrenching scenes take place in detention centers in which fathers who were separated from their children are being held. Throughout the series, we get to see how some of the families are finally reunited.

We also get to see how the agents rationalize the immorality of their work. As one of the agents states, they are “not paid for their morals.” The agents view themselves as cogs in a machine or soldiers who are “just following orders.” It is this insight that allows us to begin to understand how anyone can take part of such a horrific agency. These agents are trained to see immigrants as numbers, not people.

However, as Immigration Nation depicts, not all the agents see their job as just following orders. Some agents take joy in terrorizing immigrants communities. One example is seen in Charlotte, North Carolina. After the elected sheriff enacts a law to cease the police cooperation with ICE, the agency retaliates by attempting to arrest any and all undocumented immigrants they can find in a glaring abuse of power. When one particular activist catches their attention, they react by following her around as a form of intimidation.

While it is true that the docuseries leaves out many more repulsive acts committed by ICE, it does a great job at unmasking the ones it portrays. It allows us a more unbiased look into the machine. Having this insight is crucial in understanding where the problems lie and how they can be dismantled.

Gentefied, Vida, and the New Gentrification
10 Latino TV Shows & Docs To Keep You Busy During COVID