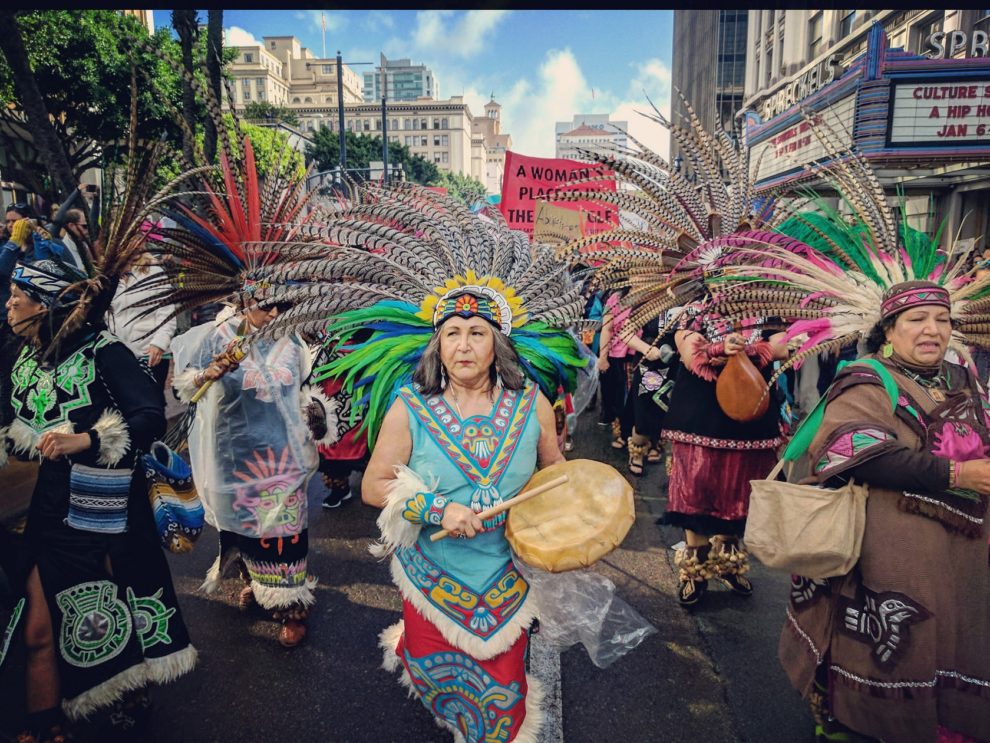 Roberto Camacho
"The Spirit of Chicano Park" traces the history of one of the U.S.'s most iconic parks.

Twenty-twenty has marked a variety of milestones. Among the watershed moments, the fiftieth anniversary of the founding of Chicano Park, the historic national landmark located in the neighborhood of Barrio Logan in San Diego California.

Festivities celebrating the park’s golden anniversary were originally planned to take place this past Spring at the annual Chicano Park Day celebration. However, all events at the park have since been delayed due to safety concerns regarding COVID-19 (we covered that here), and consequently postponed indefinitely until it is safe to hold large public events.

“I really wanted to write about things that had to do with culture for kids so that it could help to develop their identity, particularly for Chicano kids.”

While physical celebrations are likely off the table until well into next year, Chicano Park’s colorful legacy has been marked by a variety of heartfelt tributes from artists, musicians, performers, and community members all celebrating the park’s rich tapestry of history.

But of these, perhaps few are as unique and ambitious as “The Spirit of Chicano Park / El espiritu del Parque Chicano,” a new bilingual, children’s picture book written by author Beatrice Zamora and illustrated by artist Maira Meza that depicts the creation of Chicano Park.

From Barrio Logan To L.A.

“The Spirit of Chicano Park” centers around two young protagonists, Bettie and Bonky, who through the eyes of a mystical señora travel through a historical journey learning about the community’s struggle to build Chicano Park.

Ultimately, the story concludes with both children learning to love their new home in Barrio Logan and conversely teaching young readers about the intricate history of Chicano Park.

Needless to say, Beatrice Zamora’s debut book is a loving tribute to both Chicano Park and the neighborhood Barrio Logan where for decades she has dedicated time to community organizing and advocacy.

Originally born in Barrio Logan, Zamora and her family moved to Los Angeles where she was raised in the city of La Puenta in the eastern region of L.A. county. She returned to San Diego in 1979 to complete her Master’s program at San Diego State University, and has since donned a variety of hats in the community of Barrio Logan and beyond.

For ten years, she served as the Board President for the Mexicayotl Indio Cultural Center, and is currently a sitting member on the Chicano Park Steering Committee. Likewise, Zamora has led an extensive career in higher education as a college counselor and college dean.

The Spirit of Chicano Park

Despite leading a busy career in academia and community organizing, Zamora had long harbored an affinity for writing and storytelling. But between raising a family, her career, dancing, and organizing, her passion for writing was largely sidelined, and she had had written several different drafts of her story revolving around Chicano Park over the past twenty years.

While she enjoyed writing as a hobby in her spare time, a combination of retiring, and the park receiving the designation as a national historic landmark in 2016—followed by a series of attempted occupations from far-right extremists—Zamora began to work on a brand new treatment of her story, exploring the history of Chicano Park.

“I wrote my first story about Chicano Park and just put it in the file cabinet and forgot about it,” Zamora said. “But, I always wanted to write about the importance of Chicano Park, because it’s a symbol of a community that found its voice and took non-violent action to create a beautiful space, one that is now world-renowned. I thought it was really important to write this story about a community rising up from the ashes after really being destroyed.”

With renewed attention placed on the park, Zamora spent six months conducting research and interviewing a myriad of activists, organizers, and other community members that had been instrumental figures in the park’s founding and fifty-year history. In fact, the backliner pages of the book showcase profiles of community artists, dancers, musicians, lowriders, brown berets, organizers, and other activists who were all instrumental in Chicano Park’s development.

After completion, Zamora ultimately decided to self-publish the book herself through her own publication Tolteca Press, with profits from the book going to the Chicano Park Steering committee and the soon to be opened Chicano Park Museum and Cultural Center.

Although she had originally hoped for the book to make its debut at the fiftieth Chicano Park Day, Zamora explained that despite the book’s rollout being stifled, parallels to current contemporary struggles have only made the legacy of Chicano Park more relevant now than ever.

“I wanted the debut to be at Chicano Park Day this year but, of course, COVID hit and we weren’t able to have that celebration. But now we have Black Lives Matter and all of these social justice movements talking about how people matter and that is exactly the essence of the book,” said Zamora.

Undoubtedly, the current round of social movements regarding police violence, justice reform, and racial inequality have only underscored Zamora’s mission to reach children at a young age through her work.

“I thought it was really important to send a message especially at a time where we have a president that actively pushes so much hate,” Zamora exclaimed. “I really wanted to write about things that had to do with culture for kids so that it could help to develop their identity, particularly for Chicano kids.”

Unfortunately, book readings and signings of “The Spirit of Chicano Park”have been postponed for now due to COVID-19 concerns. But while production of prints has been slowed down, Zamora noted that on top of now offering eBook formats, Tolteca Press has already sold out of two prints, with book orders shipping to places outside of San Diego to states such as Washington, Texas, Minnesota, and even as far as Massachusetts.

Ultimately,  Zamora hopes that her book will not only help expose children to the history of Chicano Park, but help young people understand that they matter and should use their voice and platform to speak out.

“Many of us grew up not seeing ourselves represented anywhere, I wanted to write more for Chicano kids to learn more about their history, their culture, and to feel better about themselves. Because they live in a society where they are constantly getting messages of how they’re inferior, how they don’t message up, and how they’re not of value.”

Zamora plans on releasing similar books and stories in the near future through Tolteca Press and has already written another story exploring how children that live with undocumented parents experience the world. For now, however, her hopes are that The Spirit of Chicano Park will expose a new generation of young readers to the history of Chicano Park and the community that helped create it.

“To me Chicano Park represents resilience, and resiliency is what will allow you to put your mark in the world and make a change for the better. And I hope that’s what people take away from this book.”

The Spirit of Chicano Park is available now on Amazon, Barnes & Noble  and directly through Tolteca Press.