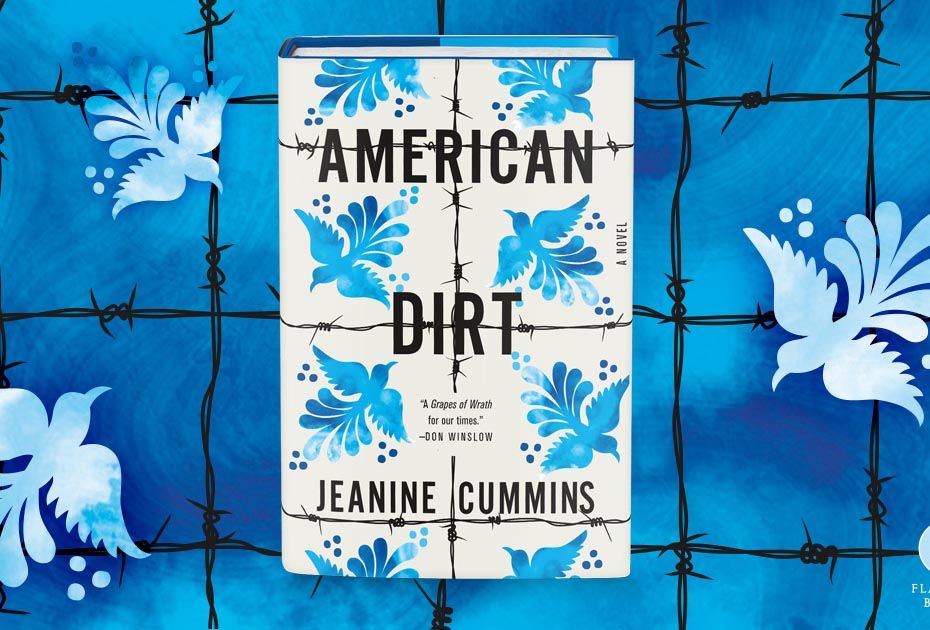 Brandon Loran Maxwell @brandonlmaxwell
"American Dirt" has catapulted a discussion about identity to the forefront of public discussion—and Chicanos are leading the way.

The book, which tells the story of a young mother and child who flee Mexico, has drawn fierce backlash from the Mexican and Mexican American community. Criticisms range from linguistic inaccuracies to promoting stereotypes to a superficial understanding of Mexican culture.

However, what makes “American Dirt” so remarkable isn’t the fact that it has unsettled critics. But rather that it has been so polarizing it has arguably culminated in what can only be described as a signpost in modern Chicano discourse and history. The question is what do Chicanos and Chicanas do next?

To be sure, talk of a Chicano re-awakening has been bubbling below the service for years. In 2018, journalist Dennis Romero touched on the subject in a column at NBC News, writing that “The signposts of a Chicano renaissance are everywhere.”

He was right. Yet even in light of what many of us have sensed these past few years, I’m not sure anybody could have predicted the unity and fury “American Dirt” would unleash—a reaction no doubt that comes from years of Mexican Americans feeling overlooked by the film, music, and literary industries.

“The new movement is organic. It hasn’t been forced. It simply happened when nobody was expecting it.”

The response has catapulted a discussion about identity to the forefront of public discussion. Now, for the first time in years, mainstream publications are deferring to sociopolitical identities such as “Chicano” and “Chicana” instead of falling back on generic ethnic labels like “Latino” and “Hispanic.”

For many, the distinction is welcome. Much of the backlash against “American Dirt,” after all, has been led by self-professed Chicanos and Chicanas. And the book “American Dirt” was not about Latinos, but Mexicans, so it should come as no surprise Mexicans feel uniquely invested in the situation.

By all accounts, she isn’t wrong.

Since her initial critique, Latinos from all nationalities have stepped in to express their own insight and help carry the torch. For many, the problem is all too familiar. Yet for Mexicans and Mexican Americans, who make up 65 percent of all U.S. Latinos, there is a sense of personal responsibility and obligation to remain at the forefront of the conversation.

To this end, the controversy should come as no surprise. Despite the attention that “American Dirt” has received, the truth is there have been plenty of more qualified authors of Mexican descent who have written about Mexican migration over the years without even a fraction of the same attention or promotion.

But perhaps what has been most surprising is the regional diversity of everybody rallying behind the criticism. Like the Chicano movement of the 1960s, the movement we are seeing includes activists spanning the United States. Similarly, the movement consists of various writers and thinkers across generations.

But most importantly of all, the new movement is organic. It hasn’t been forced. It simply happened when nobody was expecting it. That being said, the fact that it happened at all still shouldn’t come as a shock. For many of us, the question was never if, but when? Now we know the answer: Now.

As I have pointed out in the past, the social and aesthetic aspects of Chicano culture have long thrived on social media platforms such as Facebook and Instagram. However, the politics of the Chicano movement have largely remained dormant, if not slow to adapt and catch up to an ever-changing political landscape.

Worsening matters has been the fact that Chicanos have faced challenges everywhere from media to academia to other Latinos who seem hellbent on supplanting Chicano culture and history.

But everything seemed to change with the release of “American Dirt.” If the election of Trump was the hundredth straw, then “American Dirt” was the hundred and first straw that finally broke the camel’s back. Chicanos are tired. They’ve had enough. They’re speaking out. And finally the world is listening.