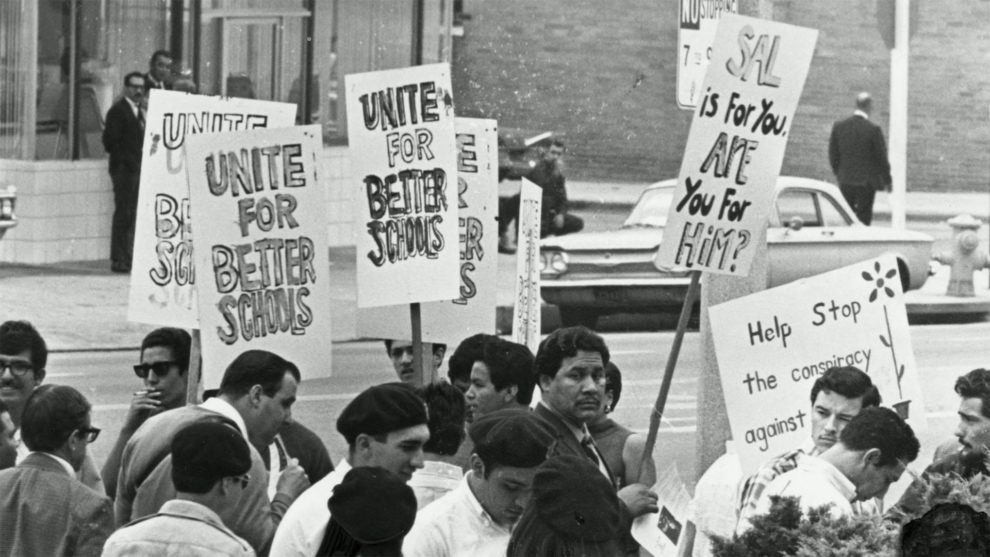 Daily Chela Staff dailychela
The Chicano Manifesto is widely regarded as one of the first books written on the Chicano movement by a Chicano.

Chicano Manifesto, the seminal book on Chicanismo and the Chicano Movement, is now available in a 50th Anniversary Edition. By coincidence, Armando Rendón, the author, is also the publisher as CEO and Executive Director of the Somos en escrito Literary Foundation Press, the publishing house Rendón launched in 2016.

“I never could have envisioned that I’d be around to see a reprint of Manifesto a half century after it first came out but I’m not complaining. My intent is that new generations of Mexican Americans join with the elder Chicanas and Chicanos to face the next 50 years with a plan, with commitment to preserving and enhancing la cultura Chicana.”

This is the second reprint of the Manifesto. In 1996, Rendón issued a first reprint after he had regained full copyright ownership of the book from Macmillan Company, which first published it. In that 1996 version, Rendón added a legal study he had conducted of the Treaty of Guadalupe Hidalgo that ended the war by the U.S. against Mexico in 1848; he argued that the Treaty is a living human rights document.

“This 2021 reprint consists primarily of the Chicano Manifesto as first released,” Rendón states, “with all its flaws and shortcomings, even the portions that I would write differently today, along with the revelations about who we are as a people, the resilience and resistance that have enabled us to survive relentless efforts by the majority society to erase our memories and cleanse the history books of our existence. That is another key reason I wanted to make the book available again, to remind Mexican Americans of why we’re here and how much farther we have to go.”

To the appendix of the latest version, Rendón has added a paper he released in 2019 titled, “Blueprint for the Next 50 Years,” which sets out six areas of concern that Mexican Americans must address to fulfill the legacy of the Chicano
Movement. “Too much has happened in the past 25 years that can be easily recounted.

The chief question in my mind recently has been, can we, by reflecting on the past and addressing issues facing us now, ensure our progress, meaning, are Mexican Americans, as a people, prepared to confront the next 50 years? We’ve not addressed that concern during the past half century; it’s time we do.”

In the chapter titled, The Chicano of the Americas, Rendón predicted that an “American” a hundred years from then, meaning by 2070, would look a lot like the Chicano evolving out of the Movement. “Fundamentally,” he wrote, “I see the Chicano as the prototype of the citizen of the Americas a century from now.” He used the term, “American” to designate all peoples living in the Americas.

“What I meant was that more and more, Chicanismo would have a profound influence on peoples throughout the Western Hemisphere. Chicanos already are a multicultural gente, made up of indigenous origins, Hispanic influences, socio-political awareness, and traditions, including some we created, notably a people who are of indigenous-hispanic origin, who have and will continue to bond with other native peoples in the U.S. and the Americas. We are halfway to 2070.”

As he points out in the Introduction, since the 1970s, changes in U.S. demographics have accelerated, due to a high birth rate among Mexican Americans, a lower birth rate hence dwindling population rates among Whites, and consistent immigration patterns of immigration from Mexico indicate steady growth among Mexican Americans and greater opportunity for the indigenous-hispanic peoples in the U.S. more and more to take greater roles in leadership and drive the economic and social development of the country.

“What I propose in portending the influence of Chicanismo through the next few decades,” he adds, “is for Chicanos to take advantage of their transcultural nature, their social values, innate harmony with the earth and their growing numbers to take stock of ourselves, look to the future, and—priority one—educate our children intellectually and culturally to assume leadership roles over the next few decades.”

Out of the response to the Blueprint paper, an organization named MeXicanos 2070 was established in 2019 by a diverse group of Mexican American activists, scholars and educators. Rendón is a founding member of the Board of Directors. Its mission is to revive and preserve Mexican American cultural values and traditions well into the next 50 years, and beyond.

For more information or to schedule an interview or group discussion with the author or a reading via a virtual format, contact: editors@somosenescrito.com, or call 510-219-9139.