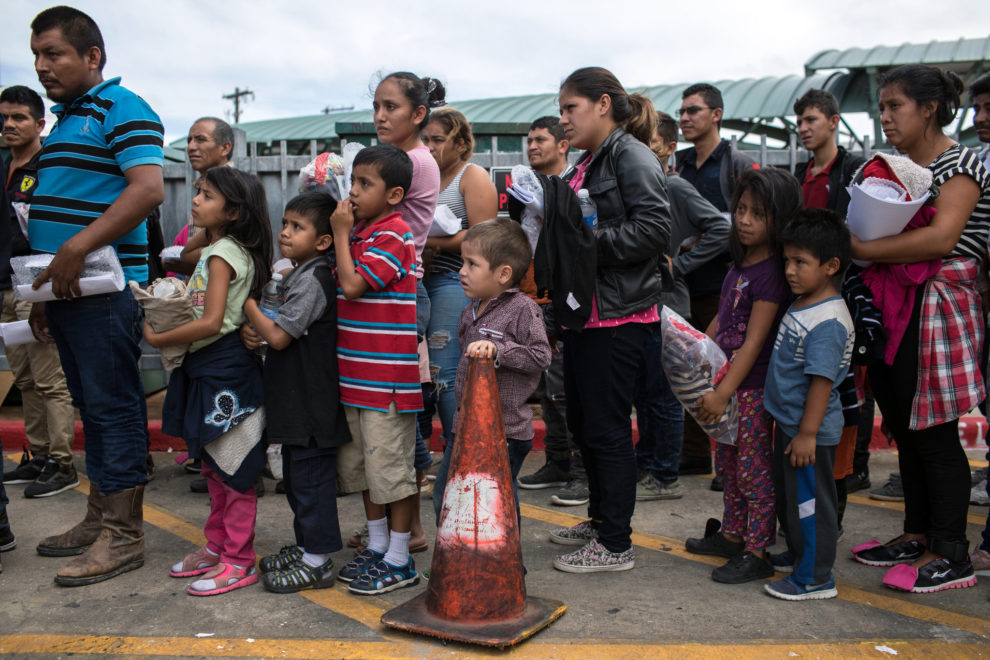 Abraham Marquez abemarquez3
Despite a pandemic, Trump hasn't slowed his attacks on immigrants.

At the height of the ongoing pandemic, the Trump Administration continues to weaponize COVID-19 against the immigrant community, using the Centers for Disease Control and Prevention (CDC) to pass restrictions he couldn’t pass prior to COVID-19.

In the latest example, Trump used the CDC’s recent Amendment and Extension to “suspend introduction of certain “covered aliens” into the United States for a period of 30 days.”

Yet this went beyond March and into April.

According to the CDC, the “extension found that the determinations of the March 20, 2020 Order remain correct, and further determined that the suspension of introduction of covered aliens should continue for another 30 days based on the increasing numbers of COVID-19 infections in Canada, Mexico, and the United States.”

In short, the amendment allows the administration another way to deny entry to anyone trying to escape violence and civil war to seek refuge in the United States.

In 2018, the country witnessed similar attacks against immigrant children and their parents, including the caging of children, separation of families, detention of families, and a continued failure to reunite them.

Later, Sessions also prosecuted everybody caught entering the U.S. as part of the same policy.

In addition to the thousands of children separated by their parents, the administration lost track of nearly 6,000 unaccompanied immigrant children.

The closing of the family separation practice only came after enormous pressure from the public.

This settlement gave immigrant children the protection that they will not be detained for more than 20 days.

The rule also states that children be released to a licensed care program within those 20 days. However, the administration has attacked both sides of this protection by altering the rule that allows them to detain children for more than 20 days.

The CDC Amendment and Extension has allowed the administration to rapidly deport children under the context of public health while we are still fighting a pandemic.

These deportations are being done with no due process.

Lee Gelernt, deputy director of the American Civil Liberties Union (ACLU) Immigrants’ Rights Project said in an interview with CBS that “this is the most extreme of the Trump administration’s anti-children anti-asylum policies…”

Human Rights Watch (HRW) likewise stated that “the United States government should immediately impose a moratorium on deportations during the COVID-19 pandemic to avoid contributing to the global spread of the virus.”

Despite this, the U.S. ignored the advice from the Human Rights Watch and continued to deport people.

According to HRW, “U.S. Immigration and Customs Enforcement (ICE) carried out 232 deportation flights to Latin America and Caribbean countries between February 3 and April 24, 2020.”

Another recent CBS report stated that “nearly 21,000 removals were carried out in March and April alone, including 899 expulsions of unaccompanied children as young as 10.”

Children who are being processed under the new CDC Amendment are not being allowed to apply for humanitarian protections they had before. Instead, they are being deported to their home countries which completely ignores due process.