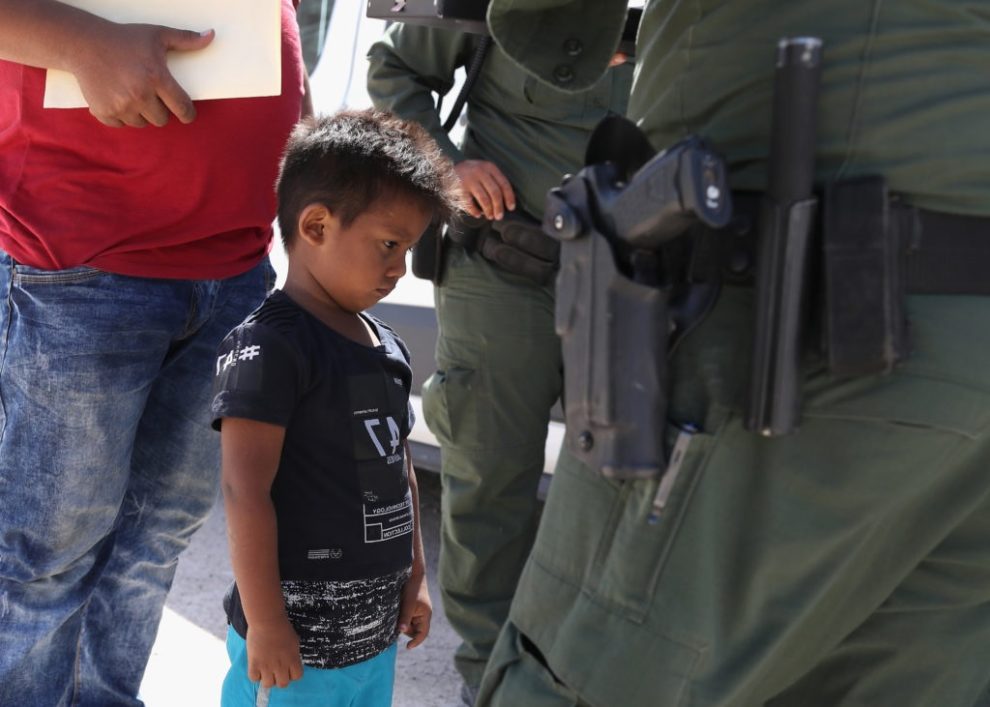 Abraham Marquez abemarquez3
As of September 1, over 5,300 immigrants have tested positive for COVID-19. Some of them were deported to countries such as Guatemala, Haiti and El Salvador.

One of the communities hit hardest by the current pandemic are immigrants, who are less likely to quarantine because they live in crowded housing and work in industries where working remotely isn’t always an option.

Yet despite the ongoing pandemic, recent reports reveal the White House is continuing to separate families while at the same time refusing to ensure the virus does not spread through overcrowded detention centers across the United States or into other countries.

The U.S. Immigration and Customs Enforcement (ICE) reported over 2,000 arrests in working-class communities for July and August. However, this is not the first time ICE has raided immigrant homes since COVID-19 hit the U.S. On the first day of quarantine, California ICE agents with masks also went into communities.

Today, these arrests are done at residences, traffic stops, and worksites.

“We know a lot more people are spending time at home to mitigate the spread of COVID-19,” said Henry Lucero, the executive associate director of ICE. “We wanted to do everything we could to prevent people from getting hurt, especially in their own home.”

But Lucero’s comments completely ignore ICE’s reputation for their healthcare negligence and the 17 people that have died in ICE custody this fiscal year.

According to Lucero, arresting immigrants is to “prevent people from getting hurt” while placing them into detention centers that are hotbeds for catching the virus and the risk of dying.

As of September 1, over 5,300 immigrants have tested positive for COVID-19. Some of them were deported to countries such as Guatemala, Haiti and El Salvador.

According to another report by Witness At The Border, ICE Air had a total of 354 flights in the month of August, and 3,171 flights year-to-date.

In Virginia, at the Farmville Detention Center, almost 90 percent of the 359 detainees tested positive. And on June 2, they accepted a total of 74 detainees from Florida and Arizona in “operation need of ICE.”

In addition, there are whistleblower reports of the deliberate hiding of potential COVID-19 infections that allowed the virus to be exported to other countries. Furthermore, over 200 COVID-19 infected deportees have been delivered into 11 countries in August.

At the airport in Alexandria, Louisiana officers who were tasked to board those being transferred from one detention center to another faced a few problems, one which consisted of several detainees’ temperatures reaching as high as 103 degrees.

For context, the law states that no one can be deported if their temperature reaches above 99 degrees. As a result, officers were instructed to “freeze them out” by blasting the air conditioners in the jail so that they could get on the plane.

In another example, the LaSalle Corrections facility in Louisiana purposely concealed protective equipment from their workers and detainees to avoid a panic. This method backfired, however, when two Richwood guards passed away after testing positive for COVID-19.

The Most Vulnerable: Our Children

Between August 9th and 15th, Witness at The Border reported 60 unaccompanied children flew alone on one plane to Guatemala, with no records to prove they were going to be reunited with their parents or family.

When arriving in Guatemala, eight of them tested positive for COVID-19.

As of August 17, 120 children remain in ICE detention centers in the U.S. Since mid-March, under the Centers for Disease Control and Prevention (CDC) Title 42, a total of 147,866 people have been deported under the banner of safety measures.

In August, 42,000 were deported within hours without any due process.

The California Border Patrol Acting Commissioner Mark Morgan stated that in August they encountered a total of 3,000 unaccompanied children and most of them were deported.

An additional report states that nearly 9,000 children were deported since the pandemic was declared in the U.S. in March.