Home » Living In The Shadows Of The USA 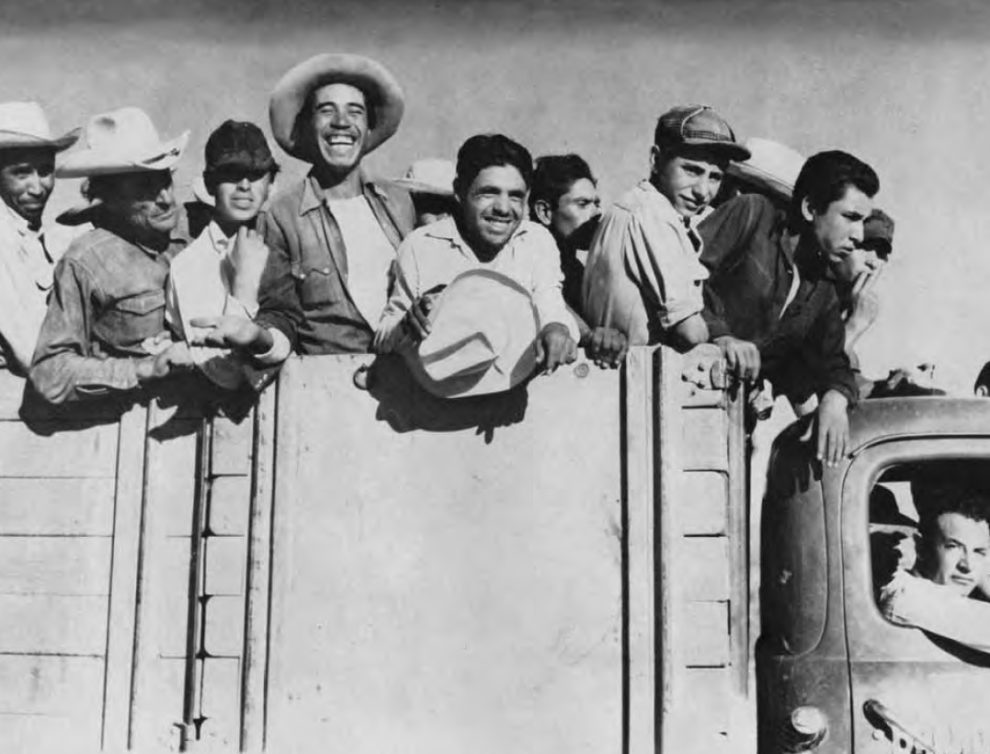 Ross Griego
Many immigrants are people who come into this country seeking an opportunity to develop their lives.

Several years ago, while working as a recruiter at a Vocational Training Center in Santa Maria, CA. I met this older gentleman and his wife. He was from Mexico. He was illiterate in his language. He carried some plastic bags everywhere he went. He walked to conduct his personal business because he did not own a car. He lost his job because he was too old and his back could not support the heavy labor burdens of working in the agricultural fields.

He had been employed by the same company for over twenty years. He wanted to get a job as a janitor. The VTC had a program for maintenance services, and he could be job placed after graduation. As I attempted to enroll him, the Social Services Technician would not approve his educational grant because of his illiteracy, and the lack of an educational background.

She was heartless, I was heartbroken, and he was humble. The VTC enrolled this gentleman through a Federal Government grant from the Department of Labor specifically targeting Farm Workers. State Law allows this gentleman to receive unemployment benefits while he is receiving a formal training education at an Institute of Higher Learning approved by the State and Federal government.

As we applied for his state unemployment benefits, we learned he did not qualify because he did not have a history of paying into the unemployment benefits reserve funds. His previous employer had not reported his payroll taxes. When I asked him, if he could provide us his work compensation history, he reached into those plastic bags he carried everywhere he went, and said, to my surprise, “aqui esta Don Ross.” Needless to say, he had in those bags twenty years of payroll check stubs. He qualified and received his unemployment benefits while attending training. I did not feel bad for the employer who exploited this gentleman’s ignorance.

Although it took this gentleman longer than normal to graduate. He did graduate. He was job placed at a local aviation refurbishment facility. And we celebrated his achievements! This is not an unusual story for many immigrants that come from other countries with the hopes of improving their family’s quality of life, and their economic status. It may not be much according to our standards, but for him, it was enough. This gentleman came undocumented and somehow he found the right people that wanted to help him.

You see, many immigrants are people who come into this country seeking an opportunity to develop their lives. Some lack higher education. Some do not read and write in their own language. Many are not properly documented to be in this country. So they work in the shadows, hoping they are not found, yet they risk their confidentiality because they trusted someone.

The United States has dealt with undocumented immigration since its inception as a sovereign nation. For several years, people have known or personally know someone who resides as their neighbor “under the shadows.” Yet, no one reported anyone about their undocumented stay in this country. Suddenly, we figure out that we have over 11 million people residing in the United States undocumented, and of course the answer is deportation.

The history of immigration into North America dates as far back as 20,000 years ago when people from Asia migrated into the Americas through the frozen Bering Strait. Then came the European colonization of the Americas in 1492. It is estimated by then there were approximately over 10 million Native Americans/indigenous peoples living in North America. It is estimated that 90% of them died from diseases, violence and atrocities committed against them. Millions were killed by measles, influenza, whooping cough, diphtheria, typhus, bubonic plague, cholera, scarlet fever and syphilis.

In the early 1600’s, beginning around this time, British and other Europeans settled primarily on the East Coast. In 1619, Africans began being imported as slaves. However, the influx of immigrants came in the late 1800s from southern and eastern Europe. They came to Ellis Island at the New York harbor. And from the west, people came from China to Angel Island through the San Francisco Bay.

The diversification of the United States had been established. With the establishment of multi-cultures settling in the United States brought forth issues of racism, colorism, and segregation. Thus the Legislators of the U. S. Government initiated laws such as the Chinese Exclusion Act, The Immigration Act of 1924, The Asian Exclusion Act, the Appropriation Bill for Indian Affairs of 1851and the 1871 Indian Appropriations Act, Executive Order 9066 and Internment of Japanese Americans, and Jim Crow Laws.

Discrimination against immigrants in the United States is a part of this nation’s history. Even though legislation has been passed to overcome those challenges, we have not been able to get passed those barriers. Discrimination lies dormant, waiting for someone to waken it up. However, those that practice it choose the immigrant as its target. Only because immigrants are easy prey based on the color of their skin, or maybe how they dress, or even their headgear may be a sign for antagonism.

Immigrants are the foundation of this nation’s economic wealth and prosperity. They are an important group of people that came to the Americas during the country’s pioneering period. Today, they are still important contributors to America’s economy:

The gentleman I wrote of earlier, his name is Don Francisco. Don Francisco came as an undocumented immigrant. He worked hard to earn a living. He paid his taxes. He was a decent human being, seeking a better quality of life, and a higher economic standard to live by. He received his residency status. However, there is something about this man I learned to love. He was a humble person. He loves the United States as his own country, yet most importantly, he carried a very dignified respect toward our country’s laws.

“Give me your tired, your poor, your huddled masses yearning to breathe free.” Those words have stood for more than a century as a symbol of America’s openness to immigrants, including poor ones at Ellis Island. Recently, acting Citizenship and Immigration Services (USCIS) Director Ken Cuccinelli suggested a major revision, “give me your tired and your poor who can stand on their own two feet, and who will not become a public charge.”

Ross Griego is an Independent Business Consultant who has collaborated with the Small Business Administration, Dolores Huerta Foundation, and the Albuquerque Hispano Chamber of Commerce, among others. He successfully helped pilot the program "Empezando," a 10-week self-employment training course, which is primarily taught in Spanish. He resides in New Mexico.