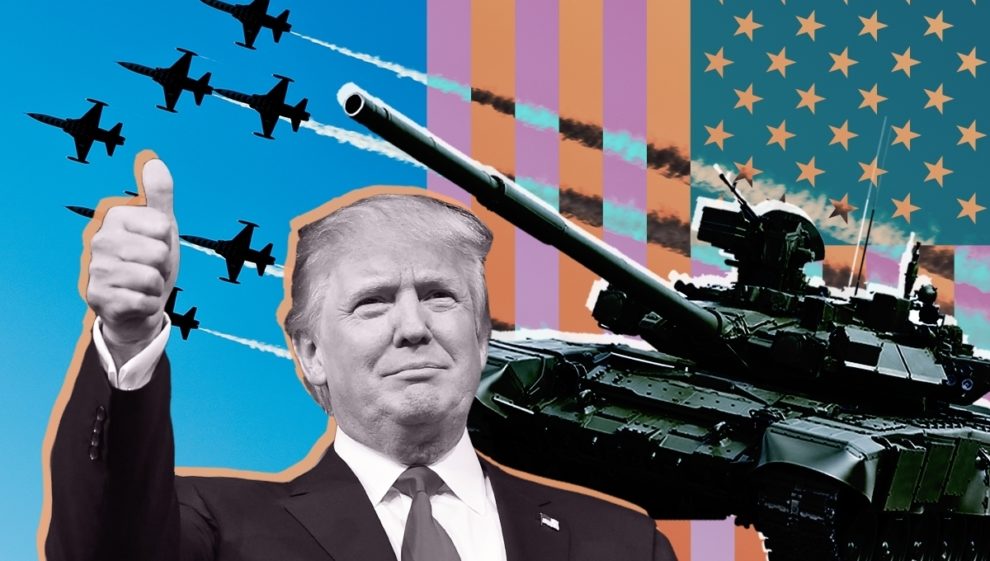 Roberto Camacho
Make no mistake. Trump’s support for the police ultimately ties back to his xenophobia.

As protests in wake of George Floyd’s death continue into their second week, the United States has witnessed a wave of state violence not seen in over a generation.

From police running over peaceful protesters, to shooting them in the face with rubber bullets, to brutalizing senior citizens, to targeting members of the press, to tear-gassing peaceful demonstrators so Donald Trump could take a photo at St. John’s Episcopal Church, images of police violence have run on a near-constant loop on newscasts and social media.

For many, the state’s response is reminiscent of scenes out of Egypt, Iran, Hong Kong, Israel, and other nations where governments have long histories of weaponizing the police or military against the populace.

Police Are Being Conditioned

Trump’s dangerous views on policing are anything but new. His rhetoric is the continuation of a decades-long PR campaign led by law enforcement with the end goal of seducing the public into believing that police cannot possibly provide security and safety in this country without racial profiling, massive civil-rights violations, and overly aggressive use of physical force targeting communities of color.

As Trump adds more fuel to the fire, what we are witnessing is the end result of decades of police departments conditioned to see the cities and communities they’re supposed to protect as being more dangerous than what they really are.

Additionally, Trump’s praise of the police always comes with one ominous caveat: He almost never praises the police unless it’s at the expense of criminalizing or scapegoating vulnerable communities.

Like many of his past endorsements, Trump’s support of the police ultimately ties back to the xenophobia and racial animus he’s stoked within the ranks of his base. To Trump’s die-hard base, the police are the proverbial white knights enlisted to arrest and surveil communities they view as a threat.

Ultimately, Trump uses the police like political pawns in an ongoing culture war, who in turn are rewarded with a rotating roster of nonexistent threats and boogeymen both they and Trump can default to whenever criticism is levied against them.

As protests continue across the country, the U.S. has stepped foot into dangerous territory, where both Trump and law enforcement have pushed the nation closer to the edge of a de facto authoritarian state—all in an effort to silence dissenting voices that demand police reform.

It should come as no surprise that a large swathe of law enforcement lionizes Trump. His authoritarian nature encapsulates some of the worst qualities found in policing that far too many are willing to turn a blind eye to.

However, if Trump’s dangerous rhetoric is allowed to continue, it will only serve to make our society less safe, and further strain an already damaged relationship between police and a growing portion of the general public.

It’s important to remember that police brutality and the institutional racism embedded in this country that many communities face didn’t start this week and didn’t start with Trump. However, they’re both undoubtedly coming to a head under his term. And for many, it’s an injustice that many believe Trump has no interest in, or is capable of, confronting.

As long as Trump remains in a position to praise state violence, we inch closer to becoming a nation where the police not only operate with impunity but, where the mere public criticism of public servants is criminalized by its leaders.

The Looting Of Our Conscience
Dear Latinos, Stop Your Anti-Blackness