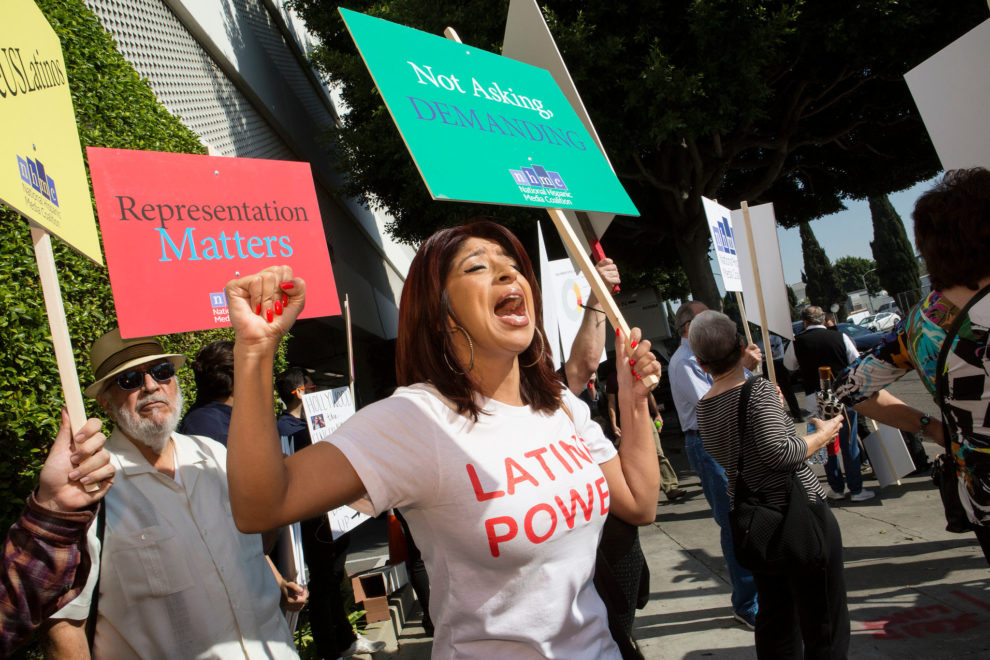 Without social equality, people of color are constantly forced to defend or justify their own existence.

Racism is a fact.  A fact that seriously affect people of color in this country.  Black and brown people have been victimized by the chronic normalization of the dynamics of racism—social exclusion, economic disadvantage, democratic disqualification and lack of social equality.

Racism is so prevalent that people are often not able to recognize it even when it slaps them on the face. It has been organized, codified, and structured in our society.

Institutional discrimination is not a political movement. It is an ingrained way of life. It is often complicated by economics to the point of being inclusive of affluence as an achievement. It allows for proximity to the supreme group, but never full acceptance.

One may have earned the privilege of being part of the club as an associate because one has succeeded financially, but one is never an equal. At best you are considered “one of the good ones,” exclusive of the balance of your race.

Institutional discrimination is so prevalent that, by default and often by design, pervasive neglects have been imposed to help continue the desired segregation.

Black people have historically been sadistically marginalized and since their importation as slave labor. Brown people have been neglected and socially abandoned since their land was taken from them in the mid 1800’s. Yet, they are allowed to work American land as replacements for the aforementioned free labor from across the sea.

The most serious consequence of this is poverty. Poverty is an institutional form of control by which the supremacist power binds those in poverty and manipulates them to believe that their poverty is a consequence of ignorance and lack of education.

That their situation is entirely of their own making and even endemic. The systemized lack of education is an effective tool for continued suppression in order to continue the cycle of poverty and dis-assimilation.

At its worst, it forces a high level of toxic identity in which the oppressed begin to question their value in society. It also attacks individual self-esteem, often to an extent where many in these groups begin to believe that they are unworthy and deserving of what little society has to offer them. Like an individual wallowing in a personal bubble of misery, these entire groups can be gobbled up in a miasma of despair.

Institutional discrimination is not going to disappear, but it can be tamed by reducing its intensity. Like a mental illness, it is the frequency, intensity and dysfunction caused that is the most pressing issue. Also like a disease, it cannot be treated without some inherent risks. Treatments are never truly curing. They are methods used to decrease the negative effects of an existing, and possibly permanent, condition.

We black and brown people are not asking for color blindness. We are asking for acceptance and equality of our shades sufficient enough that any self-assertion and pride of our color not to seen as a threat.

We are not asking to be loved or liked. That will probably never happen. What we hope for is that institutional discrimination ceases its fear of us, and sees us as Americans under the same flag and with the same inalienable rights provided in our Bill of Rights and the Constitution.

Institutional discrimination forces people of color into a position of defensiveness and justification of our existence. In essence, demanding we “prove that we are equal.” That question is the ultimate insult. It demeans us. It dehumanizes us and often leads to violence.

Our anger is their weapon. It is used against us to point out our disruption to their society. Assertiveness not dominance, pride not presumption, coupled with empathic and non-judgmental listening to the grievances of the other side are better tools to generate change.

I have seen this movie many times, and will likely end with some laws being changed, commissions being formed to study the “roots of the problem,” along with lots of chest pounding to fuel the news cycle. We will feel good for a little while, but will accomplish little.

This is the insidious perpetuation of structural and institutional discrimination. People can survive eons on hope alone. However, hope without change is just manipulation for another groups end. It is a cycle that needs to be broken.

Nevertheless, hope is the starting point. It will continue to be difficult. There will be pain, loss and suffering on all sides. However, it is worth the slower pace of functional and long-term change in order for society to move past this. These are generational challenges. Ones that will not be fully rectified in my lifetime, yet they are worthy of pursuit.

Spasmodic eruptions of violence can be cathartic, but rarely lead to change. Full on revolutions rarely play out the way the instigators planned. Somebody said, may years ago, that “revolutions only change the beneficiaries of injustice.” This may indeed be true, so the more iterative moves are favored if one seeks true and permanent change.

The Concept Of Supremacy

If we are serious about structural change, we have to be willing to grieve losses. The first loss must be the idea of supremacy itself. No one race, is greater than another, for there is but one true race—the human race. Every creed, color, ethnicity and faith has contributed at one point or another to human evolution and civil society.

Each has influenced the development of mankind, increased our knowledge and abilities and moved us closer to unity. Though there are upheavals and low-points, the general trend is toward togetherness. Transportation technology allowed us to intermingle, information technology to share ideas and concepts. What next development, invented by whomever, will take us the next step forward in the evolution of humanity.

In the present, it is obvious that people of all colors want to be heard and understood without judgement or vehemence. A challenge for sure, as our egos and long suppressed anger boils over so easily. Regardless, we have to be willing to listen.  Parents, politicians, educational institutions and communities must educate their members that it is our cultural differences make us stronger. We must also learn to disagree without insisting that our view is the only view.

Supremacy of one group’s ideal over another’s is true tyranny.  We must institute programs in schools that educate our children about the meaning of racial identity, structural racism and cultural differences.  We must educate ourselves to focus more on the how, and less in the why. We must take communal risks of grieving together and not separately. All lives, indeed, do matter. When we continue to separate and segregate, we all become victims.

As society becomes more diverse, the structure of institutional discrimination is more frequently challenged and questioned. Like any organism fighting for its survival, the more it is cornered, the more they viscously they fight. All while unknowingly hurting themselves even further as they push themselves father away from the mainstream of contemporary society.

This simply fuels the fire. It is not about eradicating racism, but managing it. Allowing these tensions to tear our Nation apart is the greatest threat to us all.  And there are many willing to use this dysfunction for their personal gain. Hence our current political environment and significant internal interference from foreign powers. The obvious lack of leadership and inflammatory rhetoric only fuel the fires of discontent.

The supremacists are losing, and with loss comes grief—the loss of people, loss of possessions, loss of status, loss of money. Sometimes grieving becomes so chronic that becomes a way of life. This then frequently turns into anger and destruction directed both inward and outward. This has placed them in a position so familiar to us. That of the victim. They now feel oppressed and controlled and are reacting similarly. They key now is to work together to manage the enviable social changes.

The “how” is not about fighting, rioting, destroying or any other violent process. It is about helping those on the losing side of the battle bear the indignities often associated with loss. The global pallor is now multi-shaded. There is no changing that.

How then do we help them move on? By asking a simple question: How can I help you to grieve? Not in a derisive way, but in a truly empathetic one.  Much like the loss of a struggle, a contest, or war, the victors are always best served to then lend themselves to helping the vanquished.

Let us hope that this is the last true battle of racial supremacy. That those on the inevitably losing end can find a way to live harmoniously with shades other than their own.  As a person of color, it is my duty to help them find that way for the sake of all of us. It is all of our collective duties.

Black people are grieving.  Police officers are grieving.  Latinos are grieving. And everybody is scared. Racism is a scourge, a disease, an illness. If this concurrent pandemic can teach us anything about that, it is the reality that we are all in this together. United, we stand.

Chicano Definition: Why Chicanos Fly The Mexican Flag
The Looting Of Our Conscience