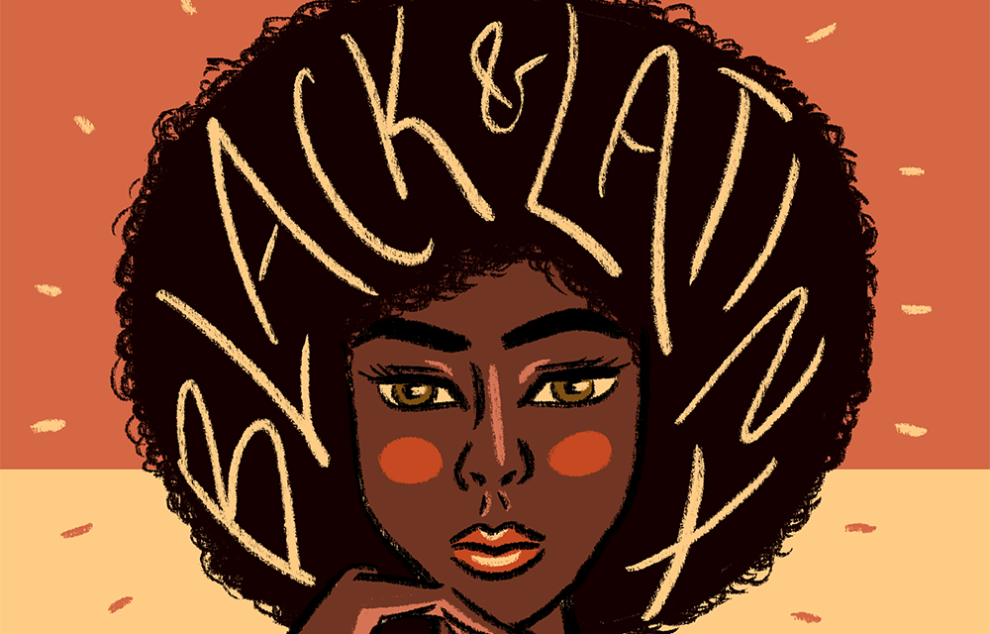 Angelica Pena
Latinos have directly benefited from the struggles and progress of the Black community.

On May 25, George Floyd, a Black man, on suspicion of using a $20 counterfeit bill at a deli, was murdered by white Minneapolis police officer Derek Chauvin. Chauvin held his knee against Floyd’s neck for 8 minutes and 46 seconds, ultimately resulting in his death. As many are aware, this occurrence has inspired demonstrations and protests across the nation, some peaceful and some violent.

At an integral time like this, many are unsure of where to stand and how to help.

One of the most important ways for us to support this movement is to address the anti-Blackness within our own communities. Regardless of your stance, beliefs or criticisms of the movement, the current political climate should serve as a means of reflection for non-Black Latinos and how our community is often complicit in the oppression of Black peoples.

In no way am I implying that the Latino community does not face injustice and racism, but we are not innocent in the ways that our communities support and benefit from systemic discrimination.

The Latino community supports systemic racism through colorism and anti-Black attitudes that are alive and well, not only in Latin America, but also among Latinos in the United States. As individuals we cannot simply purport a non-racist perspective. This is not enough when others in our community still disseminate anti-Blackness within their families and, as a result, the rest of the world.

From a young age, it became clear who’s skin color is admirable and desirable. Speaking from my experience, similar to the experiences of many others, the children in my family that look more European are often fed compliments that praised their Anglo features, such as their colored eyes, lighter hair, and of course, their fair skin.

In many Latino families, children of darker complexion are often teased for looking indigenous or Black. They might even grow up with peers and adults who tell them to stay out of the sun, implying that their dark skin is undesirable or off-putting. Therefore, they are often filled with a resentment for their dark skin, as I once was.

The preoccupation with appearing Anglo extends to adulthood of course. Many are familiar with the phrase “mejorar la raza” which translates to ‘improve the race.’ This is often used by older Latinos who advise next generations to have children with white people so that their children can appear more Anglo.

The stigmatization of bringing a Black partner home provides more evidence to the blatant racism and anti-colorism within Latino communities. We cannot claim ignorance to the ways some Latinos frequently engage in racism. We cannot excuse older generations simply because they are “stuck in their ways.” We must expect more of our people. We must challenge ourselves and refuse to accept mediocrity.

Yet, our communities and older generations are not solely guilty. Latino media plays a big role in sustaining anti-Blackness and colorism. Media companies like Telemundo and Univision overwhelmingly feature Anglo presenting Latinos.

Not only is there rarely representation of indigenous presenting people or Afro-Latinos, but the method in which civil rights issues are reported often portrays Black activists in a negative manner.

Many Latinos online are bringing attention to how Telemundo and Univision are biased in the way they are reporting on the current Black Lives Matter demonstrations. Online users explain how the news stations are focusing on and sensationalizing the violence while disregarding why the protests are occurring in the first place.

Though I acknowledge the valid feelings of white-passing Latinos who feel ostracized from their community for not being “Latino enough,” I must also argue that using this point as a way to prove they are not privileged, ignores the systematic struggles that Latinos of color and Black folks confront daily, not only within their own communities, but also in broader society.

Latinos must remain critical of their own anti-Black behaviors and opinions as well. Too often have I heard non-Black Latinos using the n-word. Too often have I seen online comments that state the prejudice Black people hold for Latinos is reason enough for Latinos to not support the Black Lives Matter movement.

Non-Black Latinos should reject anti-Black beliefs and tendencies. Though our struggles are similar, we do not exist in this world as Black people. The n-word is not a reminder of our historical and contemporary oppression. As a result, we have no right to reclaim it. Experiencing prejudice from Black folks does not mean it is acceptable to stand idly by as Black people are murdered.

Anti-Black tendencies and arguments communicate division. If we silence, talk over or refuse to stand with our Black brothers and sisters, we allow oppressors to win. They do not want us united. Supporting the movements of other people of color in no way negates the importance and relevance of our own.

Listen to your Black peers, donate to collectives and funds that fight against racial injustice, peacefully protest, unapologetically talk about race with your non-Black family and friends, and VOTE.