Home » Ruth Bader Ginsburg Was A Friend To Latinos 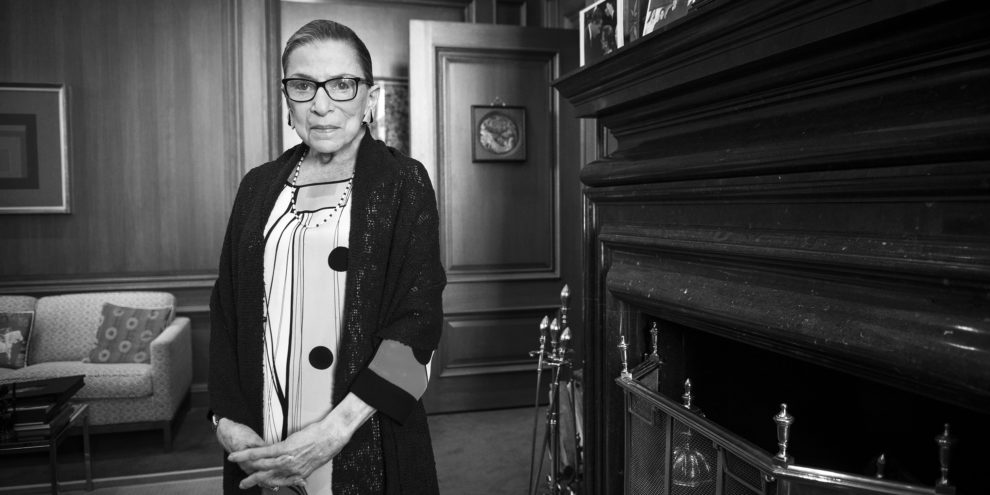 On September 18, Ginsburg passed away due to complications with pancreatic cancer, leaving behind a legacy that will surpass her lifetime. Now we are left not only to remember her impact, but also to reflect on what her passing means for the Latino population as well.

As the second female Supreme Court justice, the “Notorious R.B.G.” was known for her bold and progressive track record. Both during her time on the Supreme Court, and before as a director at the American Civil Liberties Union (ACLU), Ginsburg served as a champion for women and minority groups.

Ginsburg was an adamant defender of noncitizen’s and undocumented immigrant’s rights. Just last year, she voted in the majority to block the Trump administration’s attempt to add a citizenship question to the Census, a proposal that likely would deter people from reporting, and thereby would skew census results.

This past June in DHS v. Regents of the University of California, countering another attack on undocumented people’s rights, Ginsburg again voted with the majority to impede the Trump Administration’s efforts to terminate the DACA program under the argument that the paperwork needed to do so was incorrectly submitted.

Coming from a family of immigrants herself, her adamant efforts to protect and support the undocumented and immigrant communities are made clear through several other cases as well, such as the 2012 Arizona v. U.S. case in which she concurred with the majority to terminate four provisions in Arizona’s SB1070.

These provisions made unauthorized U.S. presence and unauthorized employment a state-crime while also requiring officers to both confirm citizenship status and arrest those believed to be deportable.

Beyond immigration, Ginsburg sided with the majority in several other cases that supported the rights of other significant segments of the Latino population.

In the same year, her vote helped to secure the Affordable Care Act which continued to provide many Latinos with needed healthcare.

Even in cases in which Ginsburg sided with the minority vote, her bold and critical dissenting opinions inspired change and support.

In the 2007 Ledbetter v. Goodyear case regarding gender-based pay discrimination, her dissent detailed the absurdity of Goodyear’s argument which cited how the Title VII of the Civil Rights Act of 1964 required employees to file complaints within 180 days of a single violation (each pay period), meaning that Ledbetter could not challenge the entirety of her twenty-year pay disparity.

Ginsburg publicly read her powerful and articulate dissent stating that “the court’s disregard for the realities of the workplace means that many victims of workplace harassment will have no effective remedy” and pressing congress “to correct this court’s wayward interpretations of Title VII.”

In 2009, newly-elected President Obama signed his first bill, the Lilly Ledbetter Fair Pay Act, into law which clarified that complaints could apply to past pay discrimination. This amendment is especially significant for Latina women given that even in professions with more Latina workers, their non-Hispanic white male counterparts are paid higher, according to the Economic Policy Institute.

In the notable 2013 voting rights case, Shelby County v. Holder, Ginsburg’s dissent argued against the rationality that in modern times it was unnecessary to require southern states to receive federal approval to change voting laws.

Since the case, the Brennan Center for Justice found that states no longer barred by this provision have since passed several measures that restrict voting, disproportionally affecting Latino and Black voters.

In this instance and in many of the previously mentioned cases, the jury was often split. Ginsburg remained a consistent vote in supporting the civil rights of all minorities, but with her passing a spot is now open for Republicans to put the Court in their favor.

In an interview with Texas Public Radio, St. Mary University’s Professor Albert Kaufmann, who previously served as a senior litigating attorney for the Mexican American Legal Defense and Education Fund, explained the Ginsburg was always “on the right side of voting cases,” elaborating on his claim that “she was a strong advocate for African Americans and Latinos and immigrants as well as for women.”

Kauffmann, like many others, is critical of Republican efforts to replace Ginsburg before Election Day. He explains that what bothers him is in 2016 after former Supreme Court Justice Antonin Scalia’s passing, “the Republican Senate would not even allow a hearing for President Obama’s nominee,” Merrick Garland, who was “highly respected by both Democratic and Republican senators.”

On February 13, 2016, only about an hour after Scalia’s death confirmation, Senate majority leader, Mitch McConnell issued a statement, which was subsequently backed by a Senate Republican majority, that denied confirming a new Supreme Court Justice before November’s Election Day.

McConnell’s justification at the time was that “the American people should have a voice in the selection of their next Supreme Court Justice.” Now, the Election Day less than two months away, McConnell is leading efforts to replace Ginsburg before then.

With 51 Senate backers, President Trump’s nominee, which will be announced on Saturday at 17:00 local time, will have a hearing and vote.

Despite Ginsburg’s passing words, “my most fervent wish is that I will not be replaced until a new president is installed,” a Trump-nominated replacement is still likely. Nevertheless, this push might be a last-ditch effort to secure more Republican power before election day results potentially limit that power, as several sources posit.

In fact, since Ginsburg’s death voting groups have reported a surge in voter registration. Vote.org registered 135,000 new voters this past Tuesday on National Voter Registration Day, a figure double the amount of registrations during the 2018 elections. What’s more, democratic voters donated $100 million to ActBlue since Ginsburg’s passing.

Neither party has a clear, absolute win in sight, and Ginsburg’s death has ignited an even greater battle than before.

With integral cases concerning DACA and the Affordable Care Act fast approaching, a Trump nominee stands as a threat to many immigrants, Latinos, women, and people of color.

Whether or not one agrees with the progressive ideals Ruth Bader Ginsburg upheld or judicial activism in general, the fact remains that her impact on U.S. law has benefitted the lives of countless Latinos, people of color, and women among many more. While her service has come to an end, her legacy seems to be one that those she has supported will continue to carry on.