Home » Gender-Based Violence Is Increasing In Wake Of COVID-19 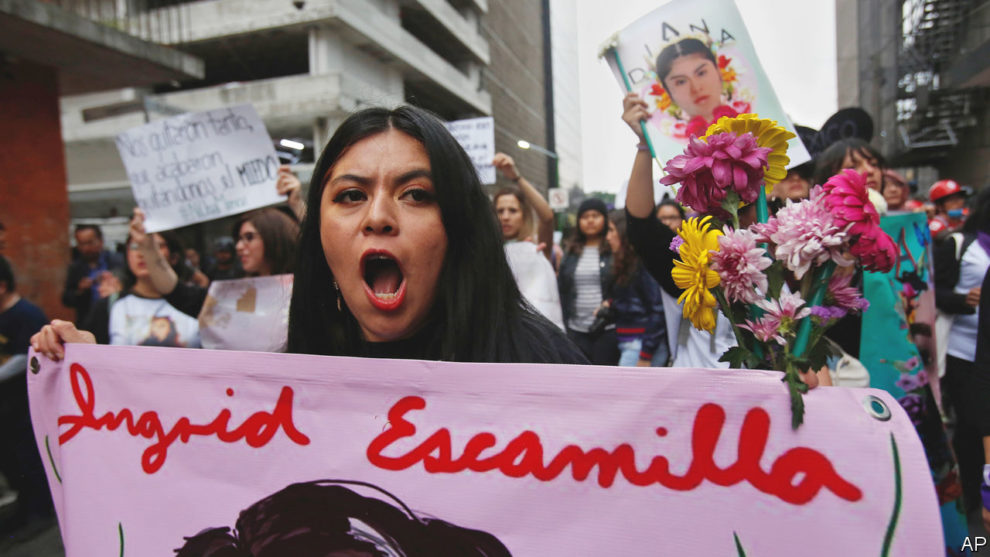 Angelica Pena
Across Latin America, women are being killed by the very people they are being forced to quarantine with.

As many are aware, COVID-19 has spotlighted a number of problems that existed before the pandemic was a concern. Now, as we try to stop the spread of the virus, other epidemics are both worsening and being ignored.

Help support Chicano/Latino Media. Subscribe for only $1.00 your first month.

Latin America is especially significant given that 14 of its countries are of the 25 around the world with the highest rates of femicide. In Latin America, though high rates of domestic abuse and femicides preceded the virus, the rise in abuse after the commencement of quarantine and the government’s treatment of this rise, speaks to the disregard for women’s lives that plagues Latin America much like the rest of the world.

The increase in abuse stems from the societal effects of COVID-19. The mandatory quarantine means women who live with their abusers are forced to be with them around the clock, where opportunities for either one to leave are limited. This compounds with the fact that many are out of work or are in financially unstable situations which thereby leads to abusers being especially angry and on edge. Abusers then have more wrath to project on their families and wives.

This scenario is the case for many women. In fact, many Latin American countries have seen surges in the amount of calls made to gendered abuse hotlines or local authorities.

In Argentina, the Observatory of Femicides reported that from March 20 to April 16, a woman died every 32 hours. The women, ranging from 2 months to 53 years, were killed by partners or ex-partners around 50% of the time.

In Colombia, on the first day of quarantine, a man shot his wife, sister-in-law, and mother inside their home in Cartagena, which set the tone for the new reality that quarantine produced. In fact, according to the Colombian Observatory of Women, calls to a domestic abuse hotline rose 91% during the stay-at-home measures. In the Colombian capital, Bogota, the police’s 24/7 hotline saw an 225% increase in calls that reported gendered violence.

In Mexico, the National Network of Refuges reported that in the first month of quarantine, calls and texts seeking help against domestic abuse rose to 80%. Furthermore, a women’s rights organization called Marea Verde stated that between March 16 and April 14, 163 femicides were reported.

Making matters worse, on May 6 Mexico’s President Andrés Manuel Lopéz Obrador claimed that gendered violence had not increased after the lockdown despite statements from women’s advocacy groups and police reports that indicated the opposite. Even before the outbreak, the President’s administration had a tendency to downplay and, in some ways, normalize gendered violence. His administration would often claim that this type of violence was not gendered and could in fact, be combatted by a “strengthening of values.”

This blasé attitude translates into underfunded women’s resources and a slow governmental response to the spike in gendered violence. In general, Latin American countries are playing catch up not only in terms of dealing with the virus but also in terms of aiding women in crisis.

Many regions in Latin America already lack sufficient funds to provide women in crisis with resources and shelters. Given the pandemic, not only must shelters either close entirely or because of social distancing, severely limit the number of people allowed to stay, but also, because governments are obviously combatting the pandemic, there are less available governmental resources which are needed to fight against the rise in gendered violence.

Even so, the help that these governments provide has a tendency to not only be inadequate but often more traumatizing. For example, in Mexico the rate of impunity for reported incidences of femicide is at 98% (keeping in mind that around 90% of crimes against women are not reported).

Those who do report still must face other challenges. Amy Lira, director of Accompaniment at Casa Mandarina, an organization in Mexico that offers legal and psychological support to victims of sexual violence, explains that the process for reporting sexual violence takes several hours. Often times victims are made to retell their stories multiple times, reliving the trauma with each repetition.

Furthermore, the police officers meant to protect the public are at times perpetrators themselves. The 2016 National Survey for Population Deprives of their Liberty, conducted by the World Justice Project, reported that in Mexico, 15% of women arrested were raped by security officers.

Anecdotal incidences highlight this issue as well. For instance, last year, a leaked case file detailed that a 17-year-old girl was sexually assaulted by two police officers in a neighborhood near Mexico City. A few days later another case emerged in which a young woman in Mexico City was allegedly raped by a police officer in a museum that she worked at.

This evidence shows that there is a clear misogyny present in all levels of the governmental system. Though the perpetrators of these crimes are in no way excused, the misogynistic culture and the state’s treatment of this violence is more so at fault.

During this time when all are vulnerable, women in Latin America are especially exposed to violence from all facets of society given that even before COVID-19 the public institutions showed a blatant disregard for women’s rights and lives.

Thankfully, as with most injustice, there are many people and organizations who resist the oppression, uplift those marginalized and aim to fulfill the role that governments often fail to satisfy. Mauro Vargas’s Gendes initiative based in Mexico City, which normally provides anti- “machismo” therapy for men has been able adapt during the pandemic by offering over-the-phone therapy.

Mexican women’s advocacy group, Las del Aquelarre, among many others are leading virtual protests by promoting hashtags like #PeligroEnCasa or #DangerAtHome and #FeminicidoEsPandemia or #FemicideIsAPandemic. These hashtags provide women with a space to tell their stories in ways and at rates they have not done before.

The exacerbation of gendered violence caused by the effects of COVID-19 spotlights the issue more than it had been before. Additionally, digital advocacy disseminates the stories of these victims beyond their own country and potentially across the world.

This epidemic has occurred at a very opportune moment. While the senseless murder and abuse of thousands of women is obviously no reason to celebrate, this spike in gendered violence may serve as a turning point to reject what was previously considered normal, given that before the outbreak, women were beginning to advocate more and more for their right to live safely.

In fact, on March 9, before mandatory quarantines were in place, women’s advocacy groups across Latin America organized the National Women’s Strike in which 6.6 million women did not leave their houses to show how society would be without women. The purpose of the strike was straightforward: end femicide and men’s violence against women.

To clarify, men are not inherently violent. These perpetrators are not random monsters born out of chance. They have been fostered by a culture that engorges them with entitlement, a society that desensitizes them to violence and a justice system that fails to provide them with proper consequences for their actions. Many are often living in poor conditions or feel out of control in their everyday life. This is often the case for many other countries outside of Latin America as well.

Unfortunately, those in power (politicians, lawmakers, wealthy CEOs, etc.) play a large role in making these changes a reality. Yet, the pandemic has made something abundantly clear. For a large portion of the world, those in power have no allegiance to truly serving us. Those already most vulnerable: the poor, people of color, women, small businesses, and disabled people are hit hardest by the devastation caused by COVID-19.

The failures and selfishness of those in power has been exposed. The “new normal” depends on the extent by which we all advocate for ourselves and how tightly we hold onto the reins of the new society we are headed towards.

5 Times Chicanos Revolted and Reshaped The U.S.
Ruth Bader Ginsburg Was A Friend To Latinos