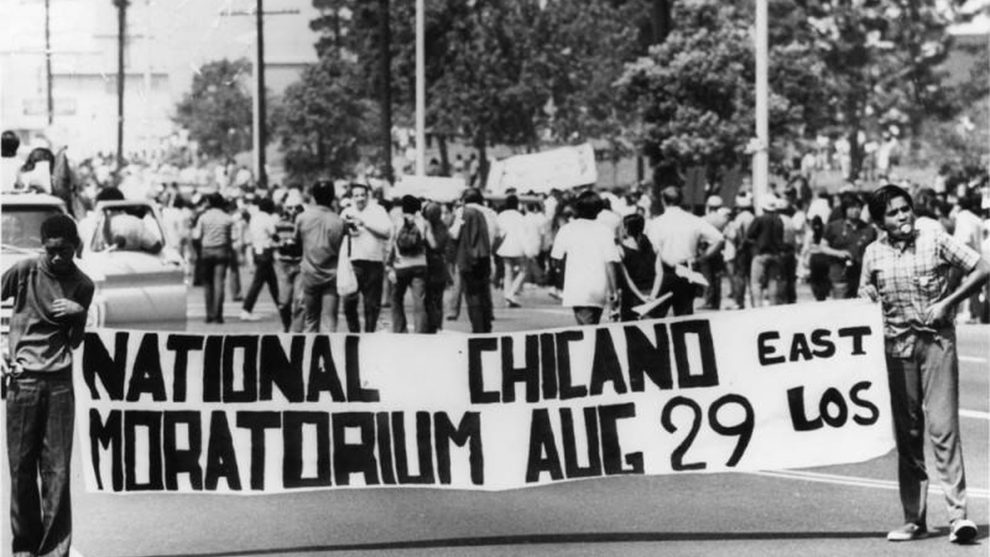 Leonardo Poareo nardrageous
From the Chicano Moratorium to the GOP Convention, here is your weekly roundup in the world of politics and culture.

Black Panther actor Chadwick Boseman passed away from cancer at age 43, leaving behind a powerful legacy and a career cut far too short.

A man was shot and killed in Portland on Sunday night as rival protesters clashed in the streets. This is the third killing in a week as tensions continue to rise across the nation.

The DNC probably put you to sleep, but the depravity-pissing contest that is the RNC will probably keep you up all night fact-checking.

The Economic Policy Institute came out with a report detailing the disproportionate economic suffering Latinos are experiencing as a result of COVID.

This time, it happened in Wisconsin. Police shot Jacob Blake in the back as he attempted to enter his van. He is now paralyzed. An investigation is taking place amid protests.

Chela contributor Angelica Pena dives into the world of the enigmatic character that was Walter Mercado, with filmmaker Kareem Tabsch.

Finally it seems as though the beleaguered county is catching a break.

A 17-year-old was charged with murder in the deaths of two people amid protests over the police shooting of Jacob Blake in Kenosha, Wisconson.

The agency said that Trump’s claim that there will be vast fraud due to mail-in ballots is without evidence. In other words, he’s lying. Again.

Protesting the shootings in Wisconsin, NBA playoff teams refused to play, demonstrating the power of sports and labor.

Who Was the Real Emiliano Zapata?