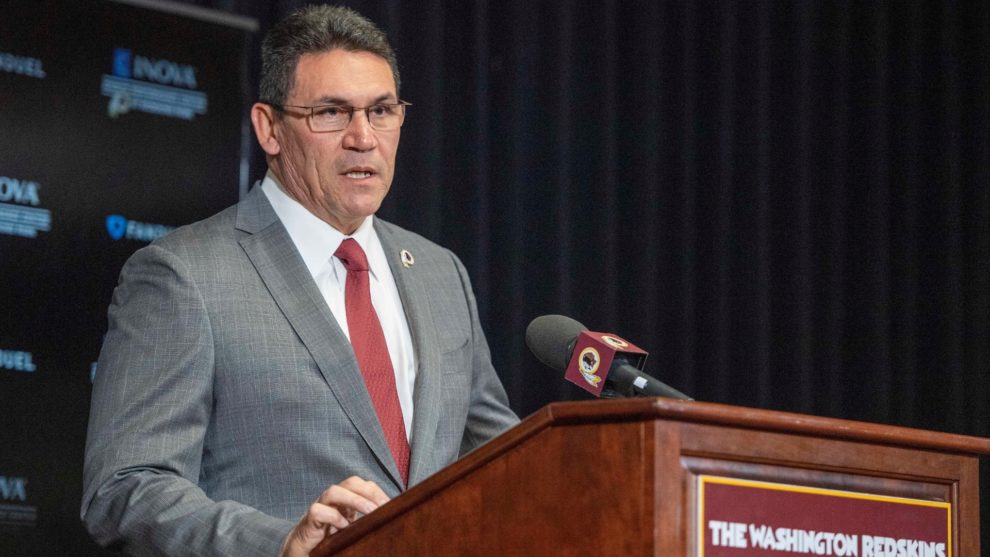 Abraham Marquez abemarquez3
Ron Rivera, who is entering his first year as a head coach for Washington, has been tasked with fixing what his predecessors couldn't. Will he succeed?

For decades, the NFL team in Washington D.C. has ignored calls by the indigenous community to remove their team name and mascot that resembled a racist slur. That finally changed last week, however, when the team finally announced a name change after 88 years.

But while the move was welcome, it didn’t end there. As we learned, the announcement preceded an equally damaging report by The Washington Post that “more than a dozen women allege sexual harassment and verbal abuse by former team employees” from 2006 to 2019.

Now amid the chaos, team owner Dan Snyder has headed for the hills and tapped Ron Rivera to save the front office’s reputation. But who is Ron Rivera? And can he save the troubled Washington D.C. franchise?

Ron Rivera, who is entering his first year as a head coach for the team, is the only Latino head coach in the NFL, and one of only four head coaches of color in the 32-team league.

Being a head coach consists of changing the culture in the locker room with players and coaches, new playbook, training, and preparing the team for a season with major obstacles during a pandemic.

Their responsibilities are applied to game time strategies on the field, not the front office. But Ron Rivera is wearing multiple hats because the team doesn’t have a team president and a general manager to address the media.

It’s not uncommon for one person to hold both positions, but it’s rare a newly hired head coach would be tasked with those responsibilities in addition to coming up with a new team name and mascot—while coaching.

The NFL season is weeks away from players checking in to training camp, and Ron has his hands full with creating a competitive roster for the coming season.

Ron was born in Fort Ord California. His father is from Bayamoón Puerto Rico, and he was drafted into the United States Army in 1952.

This is a result of the Jones-Shafroth Act of 1917 which President Woodrow Wilson signed just in time to draft Puerto Ricans, and send them to fight in World War I.

Some 18,000 Puerto Ricans were drafted to serve in the war. Ron moved a lot because of his father’s service, while at the same time being educated at military bases in Panama, Germany, Maryland, and Washington D.C.

Regardless of where Rivera stands on these issues, he and his family are products of the U.S. colonial domination of his island homeland. As a result, it’s strange that he would now be expected to be a spokesperson for a billionaire.

In 1985, Ron became the first NFL player of Puerto Rican descent to win a Super Bowl, doing it with the Chicago Bears.

In 1988, he was named Man of the Year by his team, and in 2011, was named the head coach of the Carolina Panthers, becoming the third Latino in NFL history to hold that position, following Tom Fears and Tom Flores.

Ron also won Associated Press NFL Coach of the Year in 2013 and 2015. Then took the Panthers to Super Bowl 50, becoming the second Latino to make it to the Super Bowl as a head coach.

In 2018, Ron signed pro-bowl safety Eric Reid. Eric has been in the national spotlight for being one of Colin Kaepernick’s strongest comrades, and a part of Kaepernick’s ‘Know Your Rights Camp.’

Of this, Ron said, “The biggest reason it’s not an issue to me is because I believe in the First Amendment and that’s all he did was exercise his First Amendment.”

Ron took some backlash for that but continued to support Reid in his football career.

An immense double standard is at play. It’s not normal for a team to throw their head coach to the press to handle all the questions about the team’s owner and front office culture.

In 2019, the New England Patriots owner Robert Kraft was caught soliciting sex at Orchids of Asia Day Spa in Florida, but you didn’t see their head coach Bill Belichick in the media fielding questions for Robert Kraft.

In 2016, a Texas man left a suicide note that blamed Rams owner Stan Kroenke for his suicide, but you didn’t see their head coach at the time Jeff Fisher answering questions for Kroenke.

Yet Dan Snyder hasn’t made himself available to the media. Instead, the team stated he is out of the country, despite the fact that Rivera has mentioned he is in communication with Snyder, leaving sports writers with questions of why Dan is avoiding them.

The coming NFL season is facing multiple obstacles due to the pandemic. The NFL is the one sport that had the most time to prepare for how they will go about playing this season.

That one leisure is now running out for the league and that is what Ron Rivera should be focusing on, not taking questions from the media about Dan Snyder’s front office culture. Rivera already has a heavy task at hand, the team only won three games last year and is expected to bounce back this year.