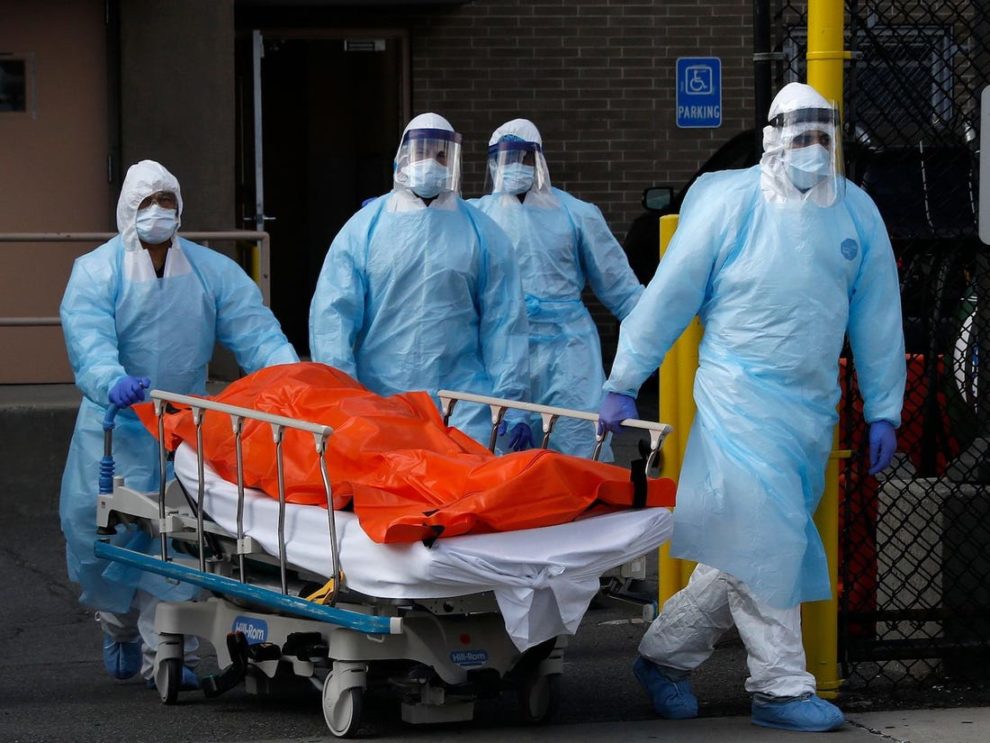 Dr. Lauro Amezcua-Patino
Lack of leadership is making the COVID-19 pandemic worse than it has to be.

Recently, I have heard something disturbing.  As we battle against the negative consequences of COVID-19, many voices state that we all must “learn to live with the pandemic” as if this is now a permanent part of our lives.

Yes, we must live while managing, fighting and surviving this viral onslaught, but to simply accept it is tantamount to capitulation. It is playing victim instead of warrior.

Data Is Paramount To Victory

In a very literal sense, we are battling this illness. Figuratively we also are battling political ideology and expediency for the benefit of a select few while many of our most susceptible citizens are dying.

Our leaders have positioned themselves at extremes that leave the populace directionless and confused. Functional leadership based on the scientific data is paramount for victory. Instead we have cries of “hoax” or “fake news” forcing citizens to choose which voice to follow.

Indeed, the act of wearing a mask has become a banner of unification and common decency on one side or that of restricted rights and oppression on the other.  When, in reality, it has nothing with either.

Globally, over 500,000 people have died in the last four months as a result of the pandemic. The real numbers are most likely much higher than that.  The rapidity of the spread and the accompanying deaths are unprecedented.

The last time this many people have perished in such as short time was when nuclear weapons were used for the first, and last, time on the Japanese cities of Hiroshima and Nagasaki. In these attacks over 200,000 people lost their lives in mere moments. Many more deaths continue as the lasting effects of radiation took its toll.

It is an apt analogy since the virus is not unlike radiation. It is invisible, potentially deadly and permanently damages those exposed to it. Like those fateful adays in 1945, this is also a mass casualty event. It must be approached as such. Instead it has become and practice in deniability for some and a call to arms for others.

It is shameful that some of our leaders have denied the seriousness of the virus and continue to make unsubstantiated statements such as the ones delivered by the Lt. Governor of Texas who, disregarded the guidance from state and federal medical authorities leading to a massive jump in COVID hospitalizations in his state.

The people of Texas deserve better. You cannot manage mass casualty situations with political goals in mind. The virus is blind to economic, personal or political aims.

There has been no direct and consistent information provided to our citizenry and leadership has seemed to have up and left the building. When proper, accurate, and unequivocal information was being given by Dr. Fauci, it was quickly taken off the airwaves in lieu of politically driven messaging.

The message being sent with the statement: “We have to learn to live with the pandemic”, is covert messaging that really says, “accept that many people will die, and be okay with that.” As a physician sworn to help people live healthy lives, I cannot accept this.

Instead of casting doubt upon science and the collective knowledge concerning this threat, they should promote these truths.  This is a battle and we all have to discuss the realities of the casualties of war.

How many deaths are acceptable?  Who will not get tested? Who may not get treatment and what do we have to do to protect ourselves and others?  That is an ethical and moral question that needs to be answered, instead of hiding behind “Constitutional Rights” and politicizing protective behavior such as mask wearing.

So, why are our leaders so afraid to address this reality?  Because they are then also forced to ask themselves, “How many deaths are you willing to assume responsibility for?” Like an officer on the field of battle, this is the ultimate responsibility. We need leadership like that right now.

The United States of America is the only country that has used nuclear power against other human beings—civilians, not just soldiers.  That was an incredibly difficult decision to make. A decision that haunted President Harry S. Truman for the rest of his life.

A decision that was made in order to save lives that would have occurred due to years of continued warfare. A cold calculus was used to make such a call. This weapon was then used against our enemies to save lives on both sides, but mainly to save Americans.

COVID-19 Affects All Of Us

The current lack of leadership combined with political negligence has led to mass casualties as well. This time those of our own citizens. Being asked by our leaders to just “live with COVID” is tantamount to asking us to just allow the “radiation” to get, sicken and possibly kill many of us.

Systemic neglect and sadistic behaviors like the ones manifested by our national leaders are easy to apply when most of the potential victims are poor, brown and black.  Few care about a disease that does not affect them directly.

COVID, however, is different. If left unchecked, it will affect many regardless of political affiliation or socio-economic standing. It does not discriminate. The best thing our politicians can do is to stop disseminating information based on political expediency and listen to science.

In fact, they should apply true leadership by taking step back and allow the experts to speak directly to the public.  The mission, the battle, the war is what is most important.

Harry S. Truman once said, “It is amazing what you can accomplish it you do not care who gets credit for it.” Oh, for the leadership of a Truman, now!

I have heard all the arguments from both sides—fairness, individual liberty, proportionality, public engagement, reciprocity and solidarity. None of these arguments mean much if you attached to a respirator, gasping for breath.

Eventually, this will affect every citizen. No bombs were ever dropped directly on the United State during World War II, yet as a nation we all strove, sacrificed, and did our part to help save others. You may not know anyone who has contracted COVID or has died from it, but unless we work together in unity; you most undoubtedly will.

The past is there to remind us of things we may have forgotten. Let us not make it obvious to the world that we have learned nothing from history