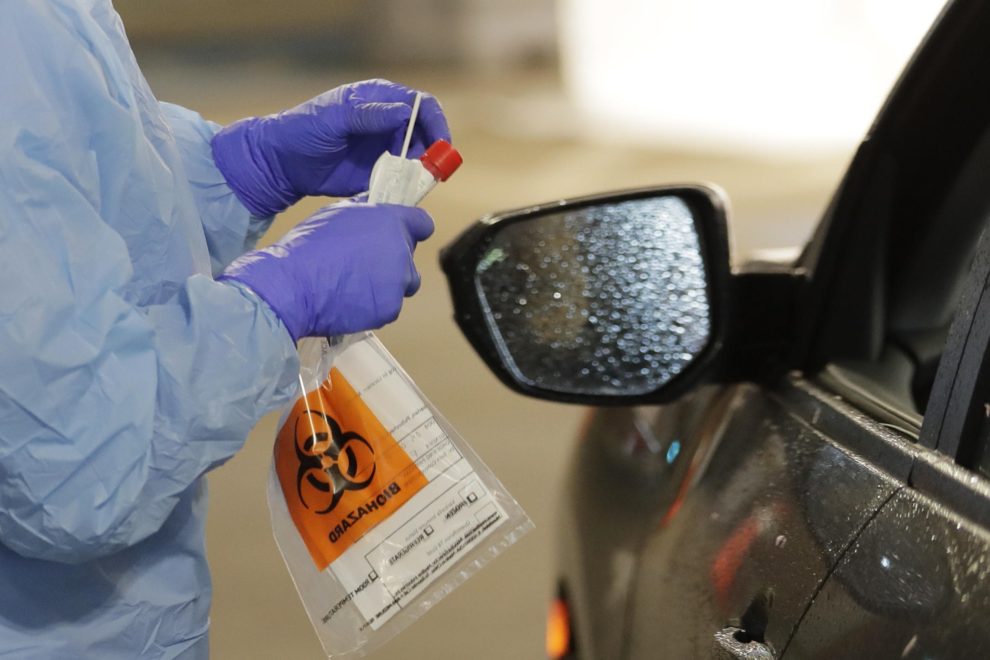 Dr. Lauro Amezcua-Patino
Poor coordination and misinformation are hampering testing efforts. But they shouldn't be.

As the pandemic continues and states start to re-open, an interesting phenomenon is developing. Though testing is now openly available in many locals, people are declining the opportunity. In fact, many are openly stating that they do not want to be tested at all.

This creates a difficult problem. In order to attain data on the number of infections, we must test in large numbers. In order to test, one must have people willing to do so. This avoidance of testing then does not allow for an accurate picture of the number of cases and who may be at increased risk contracting, and more importantly, for spreading the disease.

In an ideal world with an ideal public health system we would have begun testing before sick people started arriving at emergency rooms. Most viruses infect people with different manifestations, and in some cases with no symptoms at all, so waiting for people to become sick is not a good containment strategy for infectious diseases.

With something like COVID-19, which is so easily spread, we test not solely to determine infection but to allow health officials to track cases so that the spread of the virus can be slowed, contained, and, ideally, eliminated.

Therefore, it is important to test widely to identify those who are ill and discover those who carry the virus and have no symptoms. The latter are called asymptomatic carriers and are the lynch pin for containment of any pathogen. Early testing allows us to better understand the behavior and virulence of any given strain thus allowing us to plan, anticipate needs and allocate resources in order to mitigate stress to our health care system. Early testing also allows us to separate those individuals who carry the virus and encourage them to self-isolate in order to stop the spread.

Another key step is Contact Tracing. CT is where we identify those who have some in contact with the infected and urge them to also refrain from co-mingling with others (self-quarantine) until they are in the clear. Though to some this may sound draconian and reek of civil right violations, it is the most effective way to contain the spread of the virus by inconveniencing some in order to protect the many.

In many Asian countries this has become etiquette, and in some places, mandatory by law and enforced by police and the military. In the United States this is voluntary, thus preserving our individual rights. However, with rights come responsibility, and one must hope that those infected or who are contacts of the infected will do the right thing in order to help their communities.

The United States was slow in implementing testing protocols at the onset of the pandemic, hence the initial containment efforts failed. The virus spread quickly in some states like New York, Washington and California pushing hospitals and health systems beyond their capacity.

This is the real issue, not the morality rate. Having a health care system overwhelmed by one illness does not allow the system to treat other sick and ailing people. Imaging tying to access a hospital for a stint for your heart and not being able too due to a flood of COVID-19 sufferers. Now, you see the problem.

There are 2 types of tests available for COVID-19. A diagnostic test for those who may have the virus, and an antibody test to find those who have been infected in the past. Knowing who has been infected with the virus may help us better plan who can return to their regular activities faster and to better identify who are vulnerable. So, testing as many people as possible is vitally important to the effort. So, why then, are people now reluctant to be tested?

Unfortunately, poor coordination and an enormous amount of misinformation and disinformation have hampered efforts. The more “federalist” approach being forced upon each State is placing the onus on local leaders and systems. Poorly coordinated efforts have created a patch work of individual testing processes. Initially, testing protocols were lacking due to a lack of availability testing kits. So, only individuals who showed symptoms were actually tested and not asymptomatic contacts.

The initial message was, “if you don’t have symptoms, don’t ask for a test.” Now, however, the availability of tests is allowing for anyone who cares to be tested to do so. But as previously stated, less are showing up. Therefore, we have less data on which to base actions, plans and to act. Each State needs thousands of people tested to have better planning and contact tracing.

Harvard researchers have estimated that we must test about 8 percent of the country’s population every month, or about 900,000 people daily, to get a better picture of the national spread of the virus. Currently, we are testing about 300,000 people per day. Therefore, we need more people willing to be tested.

Individuals have very personal, cultural, and idiosyncratic reasons to not trust medical professionals, the media, the government, etc. Many people have been confused by the evolving and disjointed messages about testing. Furthermore, a full three months into this pandemic, testing was still in noticeably short supply. Since there is no “trusted” source on the matter, the reality of its importance, for all of us, is now being eschewed.

The crux of controlling the spread of the virus are the asymptomatic carriers. However, fear of being quarantined may be keeping people from doing what it takes to find out if they are one. Ignorance is bliss, more comfortable and allows one to continue life as normal.

This is understandable from an individual standpoint but as a society, not so much. Avoidance of this knowledge is dangerous because these people can still transmit the virus to healthy people. “The needs of the many, outweigh the needs of the few, or the one,” “Love they neighbor as thyself,” and may other philosophies teach is to weight our personal convenience against that of society as a whole. A very personal decision, indeed.

Among the most vulnerable populations—the elderly, Hispanics and African Americans—the lack of testing sites that are user friendly and culturally adequate exacerbate the issue. For these groups, testing is crucial and needs to be brought to these communities. Any person entering these areas, if not previously testing and however good intentioned, may end up being patient zero (the first to introduce the infection) for these at-risk groups.

The imperative of widespread testing of a general sample of the population (sick and not sick) is crucial to our efforts moving forward. This will allow for more accurate data on infection, spread and drive strategies for containment, treatment and eventual elimination of the threat. Targeting specific populations in a healthy and effective manner will prevent further large scale shut-downs of our economy.

When the predicted second wave and subsequent resurgence in the Fall occurs, testing data will better arm us against the upcoming battles. For individuals this may be scary. However, as a society and as a Nation, testing is crucial. Do your part for yourself, you family and community.

Get tested, and thank you ahead of time for doing so.