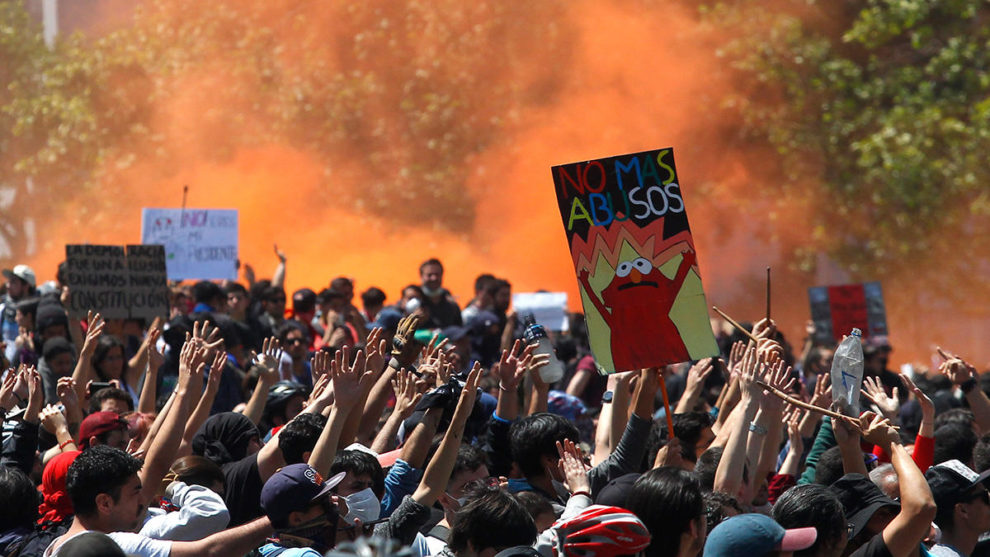 An estimated million Chileans took to the streets on Friday in the capital of Santiago to protest inequality.

The demonstrations, which called for the resignation of Chilean president Sebastián Piñera, were the largest yet since they first broke out a week ago.

“It’s true—problems have not occurred in recent days. They have been accumulating for decades,” Piñera said in an address earlier this week.