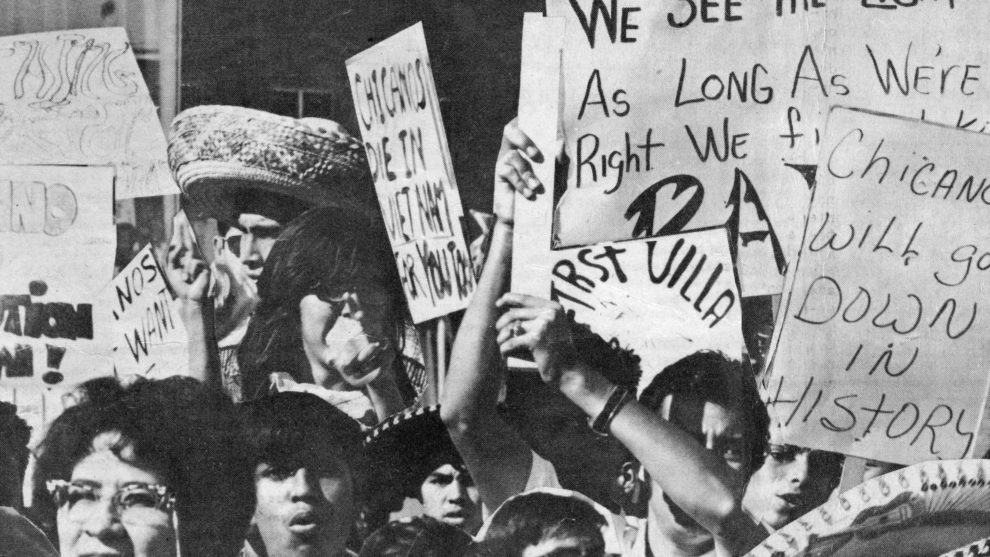 On Saturday, activists marched to commemorate the 50th anniversary of the 1969 school walkouts in Abilene, Texas.

In total, about 300 students—mostly Mexican Americans—participated in the original march. Among the issues in which students expressed concern: The ability to speak Spanish at school without fear of suspension, and the equal opportunity to participate in sports.

The original protest lasted eight days, but the impact it had on Texas and the Chicano Civil Rights Movement still continues today.

Below are some of the iconic pictures from the walkout.

Brandon Loran Maxwell is a writer, speaker, and prize winning essayist. His writings and commentary have appeared at The Hill, Salon, Townhall, The Washington Examiner, The Oregonian, FEE, and Latino Rebels Radio, among others. He regularly speaks on a variety of social topics, and has been cited at outlets such as The Los Angeles Times, Vox, and The Washington Post. His personal essay "Notes From An American Prisoner" was awarded a Writer's Digest prize in 2014, and his one-act play "Petal By Petal" about drug and alcohol addiction was performed at The Little Theater in 2009. In addition, Brandon has fronted various punk rock and hip hop groups. He holds a B.S. in political science, and often writes about prison reform, immigration reform, pop culture, music, and Chicano culture.

What To Expect From The Daily Chela In 2020, And How To Help
Protests In Chile Continue