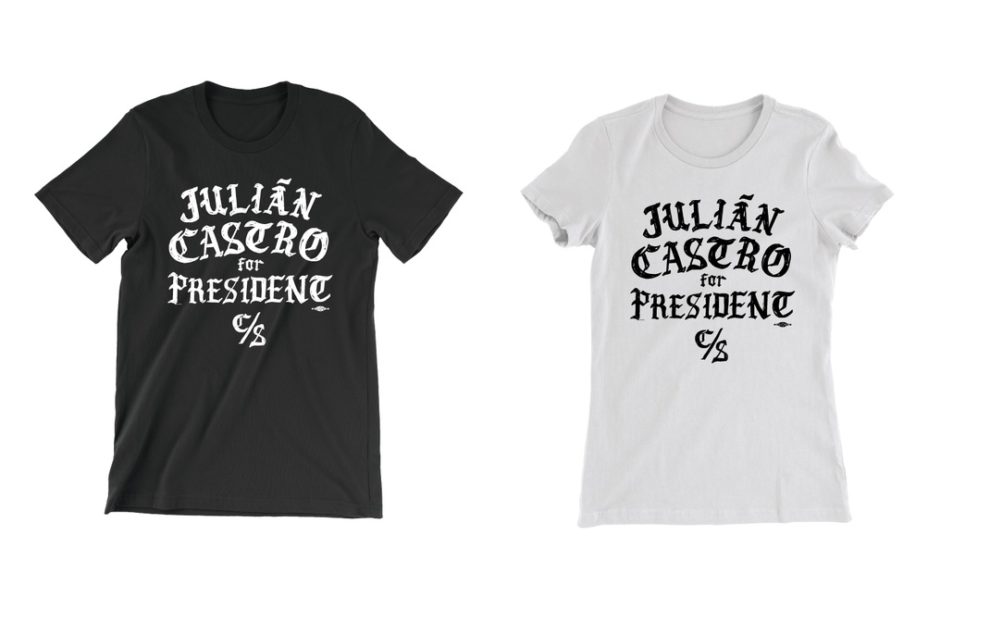 The Julián Castro presidential campaign has rolled out a new varrio-inspired campaign T-shirt that reads “Julián Castro For President” in Old English lettering. The shirt also prominently features a “C/S,” which stands for Con Safos (with respect), a longtime Chicano saying.

The new T-shirts were part of Castro’s new “placa” series and are available at his website.