Home » Another Night Of Protests Rock The Nation 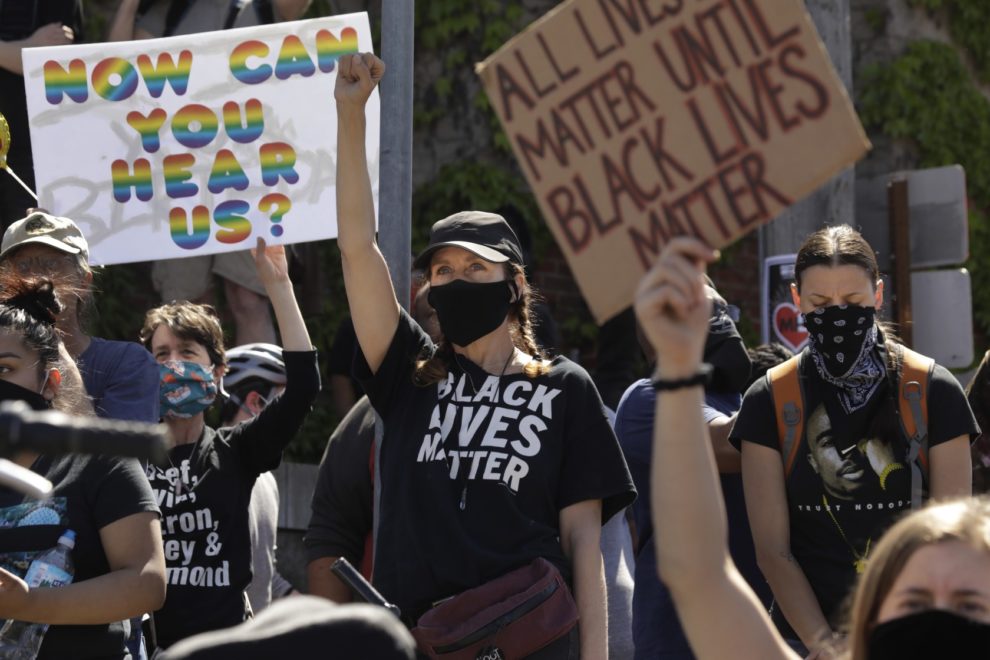 On Saturday, more protests rocked the nation in response to the death of George Floyd, who was murdered by a Minneapolis police officer last week.

The police officer, identified as Derek Chauvin, was arrested and charged with third degree murder after footage of the murder circulated the nation for nearly five days.

In response, protesters took to the streets across the nation for a fifth straight night, demanding justice reform. But while the majority of protesters demonstrated peacefully, splinter groups frequently clashed with police.

In Seattle, one man took what appeared to be an AR-15 from the back of a police vehicle, only to be disarmed by a nearby security guard.

This comes as protesters were injured in Detroit and San Jose after appearing to be targeted by a driver.

Another video showed a police vehicle indiscriminately plowing into a crowd of protesters in New York City.

Despite the incidents, most people protested peacefully, marching through the streets, calling for equality and justice.

Protesters pointed to a pattern of police brutality across the nation, which has disproportionately affected black and brown communities.

For protesters in L.A., the pain and anguish was all to familiar, bringing back memories of 1992 and the aftermath of the Rodney King verdict.

This time, however, protests largely took place on the west side, where the juxtaposition of wealth inequality was impossible to avoid.

Residents in some cities suggested those taking part in destruction were organized “agitators” from outside of the community. According to Minneapolis authorities, close to 80% of those arrested live outside of Minnesota.

The claim has yet to be verified, but would add yet another layer to protests that are already historic in nature and scale. Not since 1968 has the U.S. seen such large protests.

In cities such as Phoenix and Dallas, protests remained largely peaceful. In Washington D.C., crowds amassed at the gates of the White House, as President Trump remained largely silent following incendiary Tweets earlier in the day.

Some cities have scheduled additional protests.

This story will be updated as it develops.