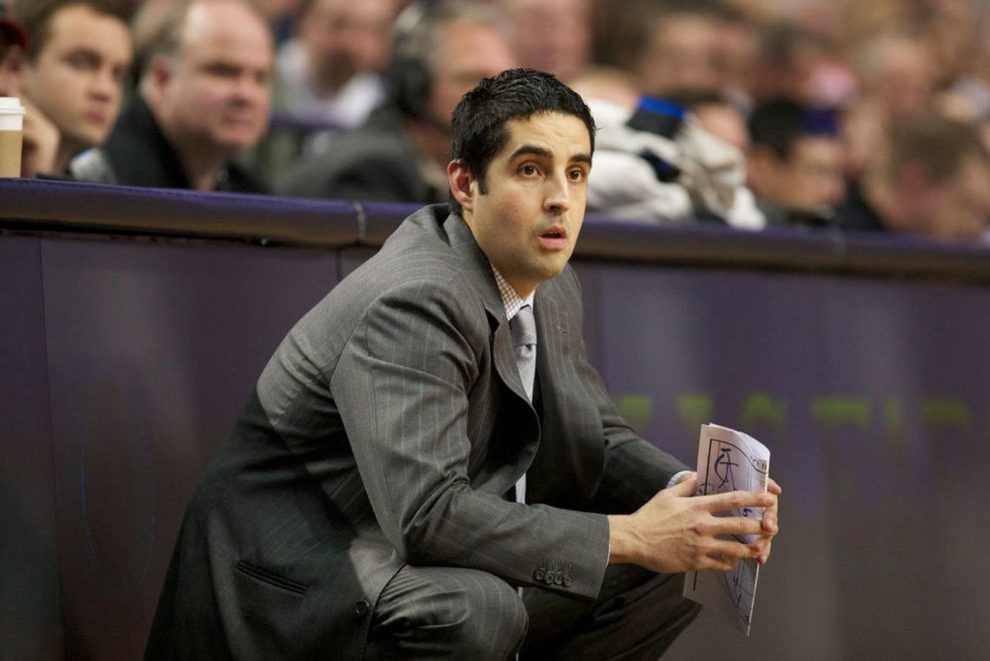 Abraham Marquez abemarquez3
Canales’s success laid the foundation for future coaches, but highlights the accomplishment of prior coaches.

Basketball is growing among Mexican and Mexican American communities. This love is despite little representation in the NBA. In 2019, the league was only 2.3 percent of Latin American descent. This passion for the game was the driving force that pushed Kaleb Canales to become the first Mexican American head coach in the 2011-2012 season with the Portland Trail Blazers. Now he is an assistant coach with the Indiana Pacers.

Today, the sport continues to grow in Mexico and the region.

Who is Kaleb Canales?

Kaleb Canales was born in Laredo, Texas, to Victor and Alicia. Laredo is a working-class community that is 86 percent Mexican. The city is located on the north side of the Rio Grande River. On the other side is Nuevo Laredo, Mexico, where Kaleb’s father Victor grew up and was a dedicated soccer player. Once Victor knew he was not going to make it to the professionals, he migrated north.

Kaleb got his work ethic from his father. Kaleb didn’t play collegiate or professional basketball. But once Kaleb got his opportunity, he didn’t go home. Literally.

“My rookie year I caught him sleeping on the couch,” said all-star guard Brandon Roy. “I was like, ‘You didn’t go home last night?’ And he’s like, ‘Naw.’ So he’s definitely like the hardest working dude.”

He began his coaching career in 2001 at United High School of Laredo. After two years, he made the challenging move to coach a Division I college team, his alma mater UT Arlington. This was a big leap in his career, but one he knew he had to make to reach his ultimate goal of the NBA.

After a Division I basketball team on his resume, Canales started to make moves toward his NBA dream. He applied for multiple internships with the Miami Heat, and after being denied time and time, he ultimately landed an unpaid internship with the Portland Trail Blazers in 2004. After one year he was hired as a video coordinator.

“In Latin American countries, NBA games reach 51 nations and territories while being broadcasted in French, Portuguese, Spanish, and English.”

This led him to bigger roles as he became a part-time assistant coach for the Trail Blazers in 2008, then full-time in 2009. The coaching momentum continued the next year when he served as a head coach of the Trail Blazers Summer League team.

On March 15, 2012, he made NBA history becoming the youngest active head coach and the first Mexican American coach after Nate McMillan was fired. He coached the remainder of the season, a total of 23 games, and ended with a record of 8-15. Despite the record, his impact was felt by the community.

The First, But Not The Last

Canales’s success laid the foundation for future coaches. But his achievement also highlights the accomplishment of prior coaches. From 1988 to 1990, the Indiana Pacers head coach was Dick Versace who is of Puerto Rican descent. And from 2015 to 2017, the Phoenix Suns were coached by Earl Watson, who is half Mexican, but both only held the title of interim head coach.

In 2018, we witnessed the first full-time and current head coach James Borrego, who identifies as Latino, coaching the Charlotte Hornets. Borrego’s resume reflects over 15 years of experience in the NBA, plus an interim head coach run with the Orlando Magic in 2015.

In Latin American countries, NBA games reach 51 nations and territories while being broadcasted in French, Portuguese, Spanish, and English. The NBA is widely aware of this growth. In 2019, they opened their first academy in Mexico City to develop players by creating a Mexican G League.

The league also has the help of current players who are from the region to popularize the sport. Al Horford, Oklahoma City Thunder Center, born in the Dominican Republic has an initiative that renovates courts in his home country. Plus, the success of the now-retired Manu Ginobili also popularized the sport in the region.

On opening night, the NBA reported that 107 international players from 41 countries made the roster for the ’20-‘21 season. Plus, 34 of those players started their careers playing first in Basketball Without Borders (BWB) before the NBA. Displaying the international growth of the league.

This love for the game didn’t happen overnight, this is in part of the NBA’s targeted marketing. This season the league will celebrate its 15th annual Latin Nights program. Teams will wear jerseys with the word “El” or “Los” before the team name like the famous “Los Lakers” or “El Heat.” Since the launching of the program, they’ve witnessed a 20 percent increase in viewership.

Given all the outreach effort, this comes as no surprise. The NBA will continue to enjoy its rating and popularity increase in the community here in the US and in Latin America.