Home » What is Hamilton About? Inspiring Black and Brown People 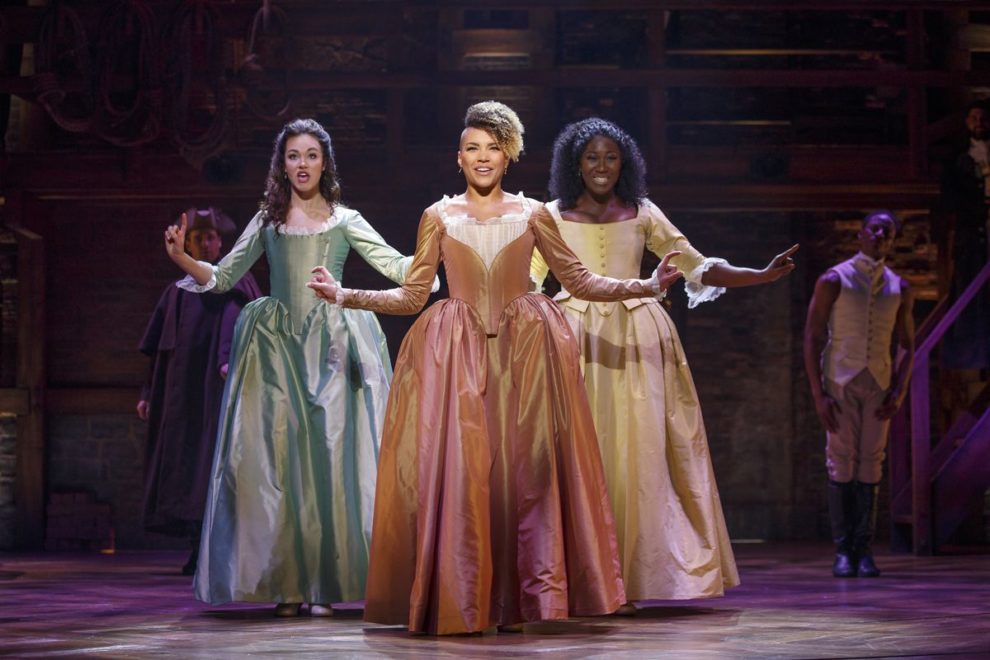 Leonardo Poareo nardrageous
Though not without flaws, “Hamilton” is what America needs right now.

It’s not often that a Broadway production can capture a nation’s interest, but the musical “Hamilton” has been doing that since 2015 with its unorthodox presentation of the founding father’s fascinating life. The Tony-award-winning musical features a diverse, multi-ethnic cast in just about every role singing, rapping, and battling in 18th-century attire.

But the story was inaccessible to most for years, because of geography and expense. That all changed recently when Disney started featuring it on their Disney + streaming platform. Now, everybody has a chance to experience this musical phenomenon, and as Variety reports, are taking advantage, as the musical increased downloads of the Disney app by 74% over the July 4 weekend.

The musical has not been without criticism, however, as some argue that it whitewashes Hamilton as a progressive hero when he was in fact a member of the elite who was complicit in slavery’s operations and today would be considered a Wall Street neoliberal.

They’re right, but “Hamilton” should not be taken as an historically accurate rendering of the founding father’s life. Instead, it should be appreciated for its entertainment value, and should be recognized as taking a step in the right direction toward Black and brown ownership of the telling of American history.

Though quite long at 2 hours and 40 minutes, “Hamilton” is a joy to watch. It breezes through the Federalist Papers’ author’s background as an orphan and establishes him as an ambitious revolutionary eager to help forge a new nation.

He has an almost endless drive to make his mark that at times makes him seem robotic, but the audience is captivated by the possibility of what lies ahead. The tension with Aaron Burr is set up early in the production, with scenes hinting at a friendly rivalry that we all know would later turn deadly.

The lyrics and composition flow smoothly and are almost reminiscent of early-90s’ socially-conscious rap. And the whole musical moves from song to song, with no spoken dialogue, which can seem relentless at times.

The musical follows the narrative of Hamilton’s life in chronological order and features enough sexual intrigue to satisfy those looking for a love story. Yet the women remain slightly one-dimensional characters and don’t figure much into the plot, for which critics have panned the production.

The high points of the show involve the rap battles between Jefferson and Hamilton fought over the latter’s banking plan, and his writings of the Federalist Papers. The history nerds out there may have wanted more of the finer details of Hamilton lobbying for the Constitution and his banking plans, but I think most of us would take a trenchant rap battle between two founders any day.

At the end, Hamilton dies (spoiler alert), but his death is heralded as the ultimate in gamesmanship, as it is he who is remembered as a founder, and Burr as a bitter try-hard incapable of establishing a unique legacy.

There are problems with “Hamilton,” of course. By highlighting the man’s status as an immigrant— “Immigrants, we get the job done”—and Lin-Manuel Miranda’s script not only glosses over the fact that Hamilton wasn’t as self-made as everyone likes to think, but ignores his Anglo heritage that granted him privilege and access to the upper echelons of early U.S. society.

Moreover, the play downplays the American Revolution’s origins in the middle and upper classes, but that’s a minor quibble considering the fact that this isn’t a historical discourse. As someone interested in the connections between the nation’s origins and today, the play could’ve used more examples of how Hamilton was likely the most influential founder, policy wise.

Again, that’s likely only of interest to the poli-sci nerds out there and possibly could’ve turned the story into a modern parody of School-House Rock.

There are more serious issues, though. For example, there are hints that Hamilton favors abolition and is progressive, when in fact Hamilton was generally an elitist whose banking plan is at times interpreted as having helped create an incestuous relationship between the federal government and Wall Street (timely, right?).

The man on the ten-spot also favored expansive federal power, and looked askance at democracy in general. Moreover, it seems that Burr was likely the more progressive of the two, as he favored emancipation of slaves, and even established a bank that extended credit to the middle class.

Furthermore, the production, with its multicultural cast, displays a tension that’s strong in today’s society, which is that of class and racial representation. However, with class tension left out of the narrative, how are we supposed to feel about a musical that, while featuring a diverse cast, ignores class tensions that originated during the nation’s founding and carry on today?

But “Hamilton” is not supposed to be an historically-accurate representation of the founder. It’s a work of art, and the measure of any work of art is how it makes one feel, and what it causes one to think about.

When I watched “Hamilton,” I marveled at the polish and humor of the lyrics, and the flow of the instrumentation. The story captivated me, even though I knew how it would end. Even though I’m not a fan of musicals, I wanted to keep watching.

The fact that the cast (except King George) was made up of Black and brown people made it even more compelling. As if we’re finally recognizing that we no longer have to view the American origin story through Anglo eyes, but can start telling it for ourselves, even if it is the tale of how a group of privileged, wealthy Anglo men forged a nation that happened to be in their interests.

My hope is that “Hamilton” will inspire other productions about black and brown people who existed during the nation’s founding and who fought for social justice. Maybe revolutionaries who opposed slavery and who favored more expansive democracy, like Thomas Paine, will be featured. Maybe the tales of Frederick Douglass, of Native Americans, and various other heroic architects of the American story will also be able to have their stories told by people who look like them.

That should be our hope, and those are the conversations “Hamilton” has provoked. “Hamilton,” in all its creative flourish and storytelling genius, can be just the beginning of a gold rush in Black and brown people being able to tell stories regarding the American experiment. It should be.