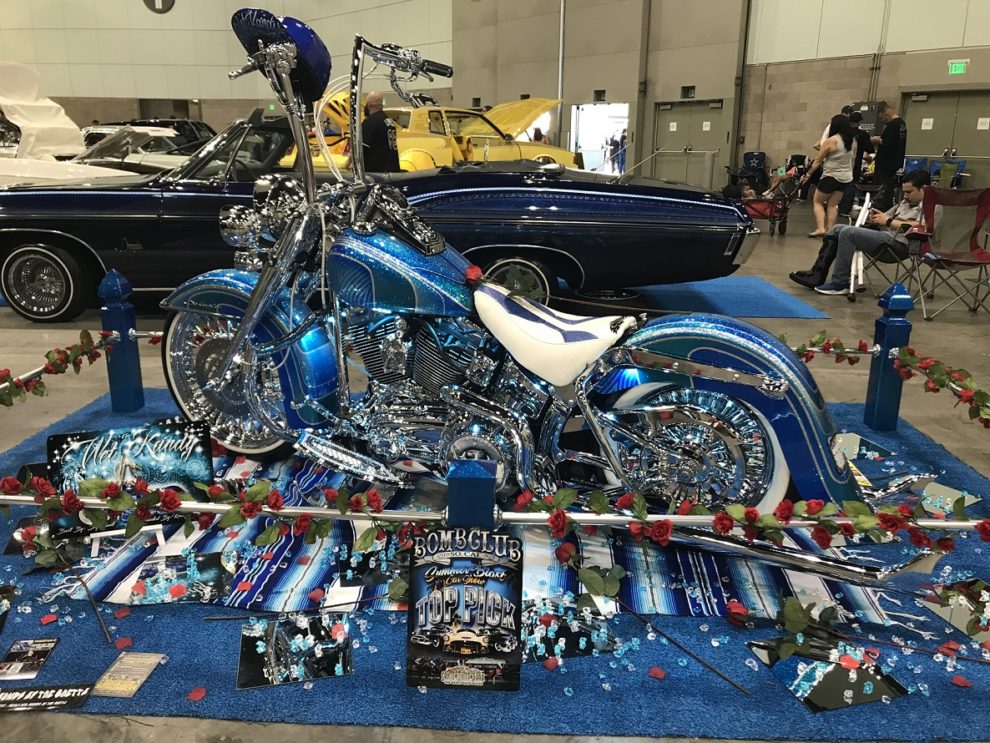 It was a hot July day in 1947 when more than 4,000 bikers rumbled into the small town of Hollister, California for a weekend of hard drinking and inevitable barroom brawls. The “Hollister Riot,” as the media later called it, would go down as the most infamous motorcycle event in American history.

Now, more than seventy years later, the legend of the freewheeling outlaw motorcycle rider has largely been woven into the fabric of American popular culture. But amid changing demographics, the motorcycle world has also undergone a striking makeover.

While in the past, motorcycle enthusiasts predominantly looked like Marlon Brando, who once reenacted the Hollister Riot in the classic film, “The Wild One.” Today, motorcycle riders are just as likely to look like Danny Trejo—one of the most visible Mexican Americans in film today.

The shift in demographics has revolutionized the aesthetics of showroom floors, and injected the motorcycle industry with fresh energy.

But perhaps no change has manifested itself more boldly than on the open highways, where at any given moment, a swarm of proud Chicanos mounted on Harleys can be seen buzzing past drivers without a thought or care in the world.

“It’s what brings out the passion…building these bikes and expressing your background,” said Fonzi, who founded and rides with the Arizona-based motorcycle crew, Viclas Con Estilo.

The crew proudly reflects a blend of Chicano, cholo, and motorcycle culture.

But Fonzi said while Chicanos might be leaving their handprint on the motorcycle community, at the end of the day, it isn’t about race or ethnicity as much as outsiders like to think—at least not anymore.

“MCs are realizing that skin color has nothing to do with brotherhood,” Fonzi said. “There’s clubs that originated in the 60s that are now accepting Mexicans. Brotherhood is earned, not bought.”

In many ways, Fonzi is the face of today’s generation of bikers. Riding has less to do with racial or cultural politics, and more to do with staying humble, loving life, and “enjoying the wind.” The fact his crew happens to reflect Chicano culture is merely the biproduct of being themselves.

Three hundred miles west, motorcycle enthusiasts echo a similar sentiment. Once a beacon of pre-World War 2 “bombs” and lowrider Impalas, California is the proud birthplace to an ever-growing style of custom motorcycles dubbed Viclas, which have roots back in the 60s, but over time have loosely come to mean lowrider-inspired Harleys.

Like lowriders, Viclas—also known as “gangster Harleys—often entail candy-colored paint, entail complex engraving, and detailed airbrushed murals. But more than anything, they are the embodiment of pride, craftsmanship, community, and brotherhood.

It’s the kind of hard work Noel Contreras knows all about. He began riding twenty years ago, and now heads up a successful company called TRUCHOLO that operates out of Redwood City, California.

“It’s not a regular bike,” he told me over the phone from his shop. “It’s our culture.”

Business is booming. Not just in the United States, but across the world. In fact, Noel said since he launched, he has received orders everywhere from Indonesia to Belgium to Chile to France, a testament to the growing appreciation for the unique swagger Chicanos bring to the motorcycle community.

Noel’s work has even garnered the attention of popular actors such as Danny De La Paz from the classic film “American Me.”

Further south, that demand is fueling everything from shops to cruises to TV shows. Last year, Torres Empire hosted an assortment of Viclas for its annual L.A Supershow at the Convention Center.

The popularity has helped motorcyclists carve out a distinct place within California’s world-famous cruising scene. Now, onlookers are just as likely to catch a glimpse of a Vicla on Whittier Boulevard as they are a Chevy Fleetline, a testament to the mutual respect and affection the two worlds of hyper-customization share.

But it also doesn’t hurt that both worlds are predominantly made up of self-identified Chicanos, a commentary both on the changing face of society, and an American pastime once assumed to be etched in stone.

Viclas, however—while steeped in Mexican American and Chicano influences—are much bigger than any one person or culture. In the end, Viclas are about freedom, hard work, expression, and brotherhood—values everybody should be able to relate to and embrace. And that’s what makes them so special.

At least that’s how long-time motorcycle riders like Fonzi feel. “Everyone is equal with us,” he told me, just before heading back to work.

“If you poured in blood, sweat and tears, I’m going to recognize it.”