Home » Unlike Trump, At Least Obama Was Presidential 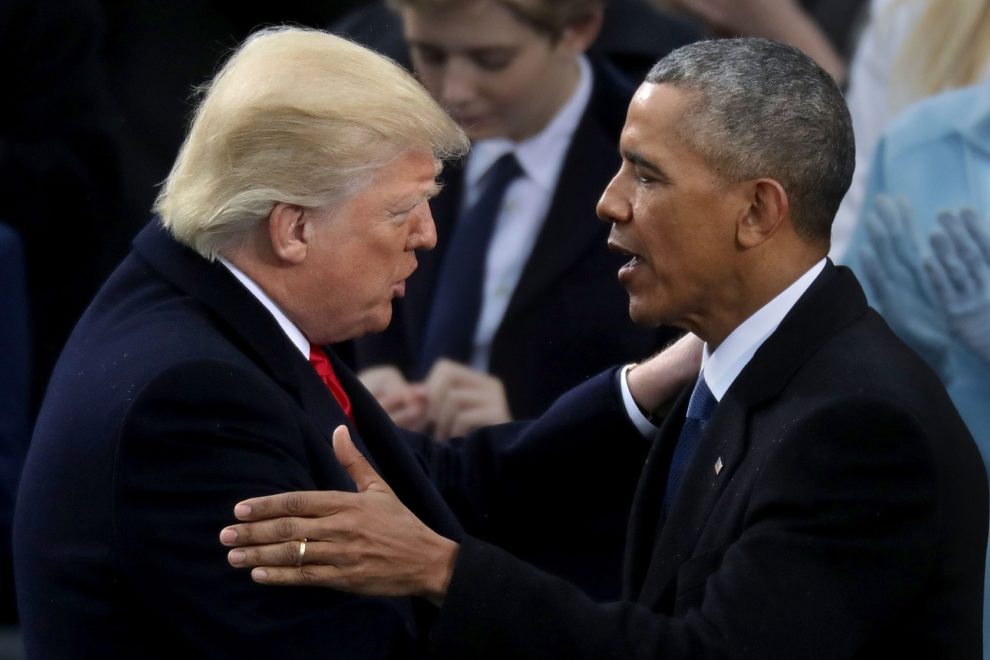 Brandon Loran Maxwell @brandonlmaxwell
Obama had his faults, but womanizing, habitual dishonesty, and lack of professionalism weren't any of them.

Say what you will about Obama, but at least he was presidential.

Love him or hate him, at least he never bragged about grabbing women by the genitalia, belittled Black athletes, or lambasted longtime allies within hours of sustaining a terrorist attack (as Trump did with Britain).

No, President Obama would have offered words of hope and encouragement. He would have conducted himself with the kind of dignity the presidency deserves—and now lacks.

Of course, I never thought I would one day be defending Obama. I criticized him and his immigration policies relentlessly while he was president.

However, after enduring four years of Trump’s disastrous, scandal-ridden presidency, I routinely find myself in a state of disbelief and self-loathing.

I routinely find myself wishing someone, anyone was in office other than Trump.

Sure, Obama could be professorial and long-winded. He was, after all, a law school graduate. But when it came to complex issues, at least he was insightful and deliberative.

At least he recognized the seriousness of the position he held. At least he never felt the insecure need to embellish or describe his accomplishments with an endless supply of superlatives, adjectives, and untruths.

Trump’s erratic behavior, on the other hand, has resembled an unscripted MTV reality show more than a serious U.S. presidency.

In fact, his message has been so contradictory and erratic at times that some of America’s most prominent institutions have been forced to publicly distance themselves in an unprecedented display of unified dissent.

We saw this when the Joint Chiefs of Staff publicly distanced itself from Trump’s impromptu transgender ban.

We saw it when the FDA ordered its employees to disregard Trump’s directive to “rough up” arrestees.”

And we saw it when The Boy Scouts, who Trump claimed called him to lavish praise following a speech, publicly clarified no such phone call ever happened.

To be fair, political exaggerations are nothing new. However, even on the political stage where everybody performs to some extent, there are conventional norms and elements of truth to most exaggerations.

In the imaginary world of Trump, however, there seems to be no such line or limit to what Trump will say in order to advance an agenda or change the narrative.

Trump’s lies are so fantastical at times that allies are often left scratching their heads. Trump has referred to this as the “element of surprise.” But the truth is it’s inexperience and immaturity. And no matter where you stand, it’s never more apparent than when juxtaposed alongside Obama—or even Bush for that matter.

Race relations have never been worse. During his tenure, Trump has not only depended on racist and nativist dog whistles to rally his base, but downplayed the severity of police related shootings and rise of hate crimes.

Obama, on the other hand, empathized with such victims. In fact, he frequently invoked his own experiences, often to the ridicule of conservative media outlets.

For years, Trump’s behavior has been chalked up as mere inexperience or political incorrectness. But there’s a distinct difference between being politically incorrect and just downright crass, disrespectful, and dishonest.

Four years into Trump’s roller-coaster presidency, the U.S. feels more out-of-tune and divided than ever.

If Trump cared about the country, he’d put aside his pride and perhaps take a few pointers from his predecessor on presidential conduct and diplomacy (yes, the same predecessor he once accused of not being a citizen).

Trump, after all, has nobody to blame but himself for the state of the country and his presidency.

In fact, Trump has probably done more in four years to dishonor, sabotage, and butcher this country with his perpetual lies and xenophobic bluster than any military warhead or opposing political party could do in a lifetime.

As his own short-lived communications director Anthony Scaramucci once put it, the “fish stinks from the head down.”

Trump Is A Blasphemous, Sacrilegious Devil
For Many Latinos, “Big Government” Depends On Perspective