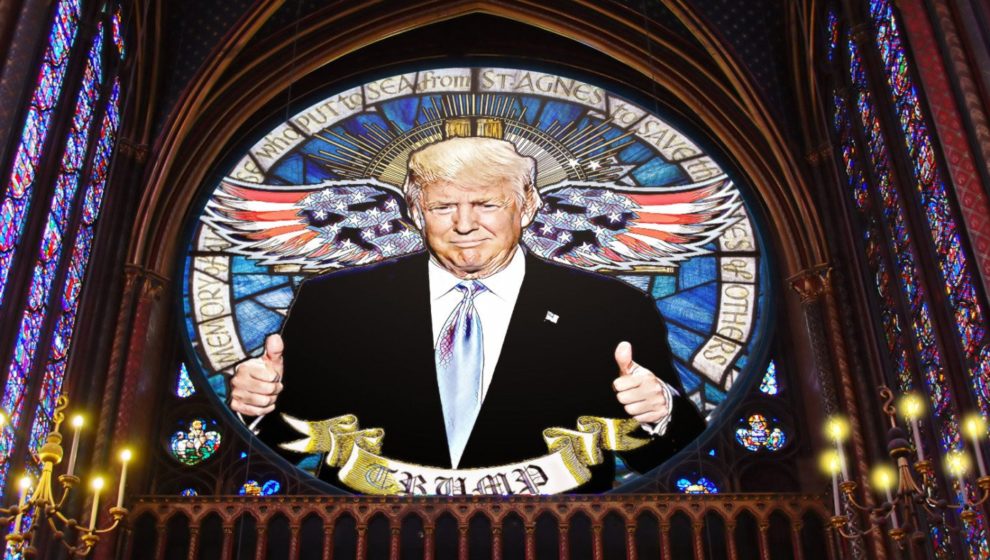 Brandon Loran Maxwell @brandonlmaxwell
Trump doesn't care about life. He only cares about his re-election

As COVID-19 continues to wreak havoc across the world, Trump reiterated again last week that he would like to re-open the economy ahead of schedule, and even see packed churches on Easter Sunday.

Like most Americans, I would also love to see things return to normal. However, the thought of putting monetary gain before lives also seems both irresponsible and reckless, particularly when the consensus among experts is still at least 8 more weeks of quarantine before the virus is under control.

Make no mistake. Trump’s initial attempt to “send Americans back to work” on Easter Sunday was never anything more than a shrewd calculation. This is the same president, after all, who once looked to the sky and called himself the “chosen one.” The chance he was ever going to allow himself to be upstaged by someone who purportedly walked on water was a statistical zero.

On the contrary, the narrative Trump wanted to create was that he was foreordained to save capitalism. Never mind the lives that might be jeopardized in the process. Never mind the dire warnings of experts. Never mind the fact that Sunday is considered a day of rest by many Christian denominations. Trump knows best.

Trump, of course, was forced to abandon his ill-conceived plan. But before doing so, I couldn’t help but think about how the same tactics would have drawn condemnation from Evangelical Christians had it come from a Democrat. These are the same Evangelicals, after all, who have little problem expressing an opinion about everything else in American culture from football to chicken wings.

Yet Trump’s attacks on Christian values have largely been met with shrugs and indifference by the same Evangelicals, an egregious but not necessarily surprising display of hypocrisy. Obama, after all, was cast as the “anti-Christ” before he even had the chance to put his hand on the Bible.

The silence is ironic. While Evangelicals peddle conspiracy theories regarding the federal government (who don’t get me wrong, I’m no fan of) and COVID-19 vaccinations, Trump has arguably risen to become one of the most visible and destructive forces against Christian values the world has ever seen or known.

“What the United States needs most right now is a president who unifies, rejects unfounded conspiracy theories, listens to the advice of experts, and steers clear of religious bombast.”

The evidence is ample. Look no further than Trump’s ominous call to place nationhood and economic output above ourselves. Such rhetoric not only channels despots like Mao Zedong, but in a matter of weeks, has turned the very people who once proclaimed to be pro-life into vocal proponents of death.

“We’re going to have to make some difficult tradeoffs,” said Trump economic advisor Larry Kudlow in a Fox News interview about the prospect of Americans dying as a result of restarting the economy.

But perhaps the most alarming part of all has been the growing consensus among Evangelicals that Trump is, as former Secretary of Energy Rick Perry put it, “ordained by God.” Such rhetoric is not only dangerous, but represents a fundamental perversion of the very values Christians proclaim to be fighting to preserve.

Where is the disconnect?

To be clear, I’m not anti-Christian. I’m not even an atheist. In fact, it’s precisely because I have religious convictions that I’m concerned about how Trump repeatedly invokes religious rhetoric to advance his political agenda.

I’m also not rooting for Trump to fail when it comes to handling the COVID-19 crisis. I’m a big believer in small businesses, and there’s nothing I would love to see more than Americans back at work again.

But the idea that Trump is “ordained” by anyone, the coronavirus is a hoax, Americans should ignore the advice of experts, or “the left” is secretly conspiring to bring down the American economy is nothing short of balderdash. It is counterproductive. It is propaganda. And more importantly, it is intended to serve no other purpose than to fuel cultural division during a time when we should all be united.

What the United States needs most right now is a president who unifies, rejects unfounded conspiracy theories, listens to the advice of experts, and steers clear of religious bombast.

How quickly the United States actually returns to normal may depend on it.

Like It Or Not, We Are All Soldiers
Unlike Trump, At Least Obama Was Presidential