Home » Like It Or Not, We Are All Soldiers 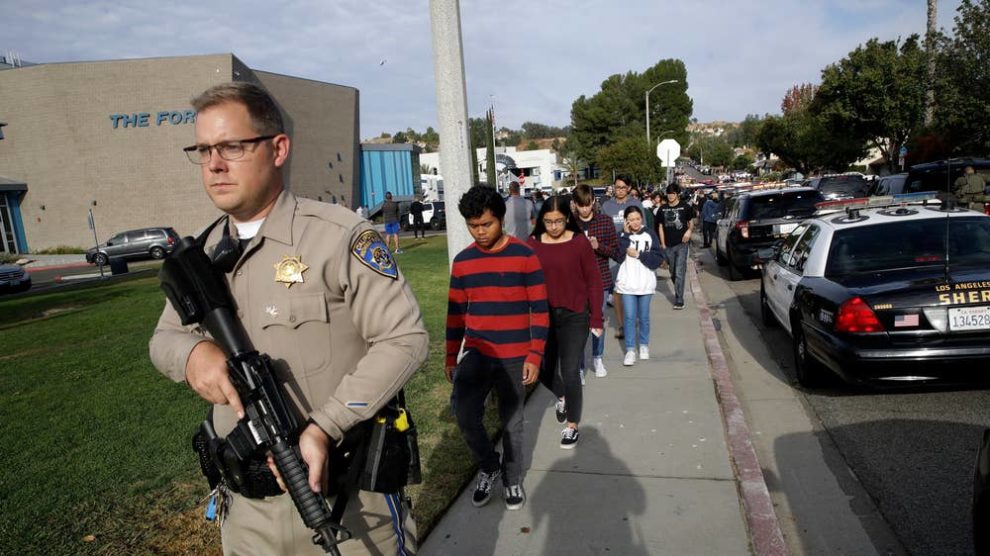 Brandon Loran Maxwell @brandonlmaxwell
A look back at terrorist incidents suggests that citizens taking a more aggressive approach might help save lives.

Welcome to the 21st century. A global battlefield where the traditional rules of combat and engagement no longer exist. A place where indiscriminate bloodshed, traditionally confined to the frontlines of some distant land or shore, can now break out at any given moment on any given occasion. A place where everyone is an enemy target—and everyone is a soldier.

The world was reminded of this stark new reality yet again this week as a terrorist—and that is what he is—marched into a Santa Clarita high school and murdered multiple students, before eventually being apprehended by police.

The attack struck at the very heart of what it means to be a human. Yet as gut wrenching and despicable as it was, it again proved our traditional way of thinking remains outdated, outmatched and, quite possibly the unforeseen catalyst behind our eventual fate as a free society. The question is what are we going to do about it?

Over the past decade, as domestic terrorist attacks have threatened to creep into an accepted part of our daily lives, a general consensus has emerged among experts that the correct way to respond to terrorism is to “run, hide and tell”—a passive aggressive approach no doubt, but hardly a speedy approach.

However, a look back at various incidents over the past decade suggests that perhaps citizens taking a more aggressive approach is a better way to address such incidents and, with any luck, save more lives.

There is more than enough evidence to support, or at the very least, entertain a more proactive approach by citizens. Take the London attacks in May of 2017. As terrorists entered the Ship Pub in Borough Market, citizens immediately began throwing glasses and chairs. The terrorists, unprepared and caught off guard by such a forceful response, eventually fled only to be gunned down in the street by police.

We likewise witnessed a citizen shoot and kill a potential mass murder who went on a stabbing spree in St. Cloud, Minnesota in 2016. As a result, countless lives were saved. In both cases, citizens recognized the gravity of the moment and took it upon themselves to stand up to evil. In both cases, citizens realized that it was futile to leave their lives in the hands of responders. And rightfully so. Not because responders aren’t somehow noble or adequate. But because it often takes time for police to arrive. And when bullets are flying, seconds can mean lives—and often does.

The idea of fighting back, of course, is often easier said than done. Particularly for those facing automatic gunfire or a car plowing into a crowd. But in situations where fighting back is possible, it’s still the best of all the bad answers. In such situations, pro-action isn’t aggression. On the contrary, pro-action is preservation. After all, if there is one thing everyone should be able to agree on it’s that human rights are violated the moment human rights are involuntarily taken away.

This approach also isn’t necessarily radical or new. In fact, it’s the same proactive approach Americans have encouraged citizens to take in places like Iraq and Afghanistan for years. As the argument has typically gone, if Iraqis truly care about their freedoms, then they should be willing to stand up and fight for it. Well, the same now goes for Americans.

Indeed, as the United States finds itself in a once unthinkable position, it’s time for everyday American citizens to follow their own advice—to rise up and prove how much they cherish their own freedoms and values. This means not only standing up to terrorists when incidents occur but speaking up and saying something before incidents occur.

In addition, it means reporting suspicious or disturbing things posted on social media.

And lastly, it means passing common sense gun legislation. Regardless of how you feel about the second amendment, it makes little sense for teenagers, or even adults in many cases, to have such easy access to weapons traditionally reserved for war. This is something most Americans should be able to agree on (and I say this as a supporter of the second amendment).

No, this won’t prevent every shooting. No, it won’t solve all of our underlying problems as a society. But it also won’t exacerbate those problems further.

But more than anything, it begins with Americans recognizing their roles in a new war unconstrained by traditional logic. It begins with accepting that we must think like those who wish to harm us do. That we must be prepared to report, fight, subdue, or even kill in defense of our values at any given moment on any given day—if necessary—until this dark chapter in American history comes to a close.

Cities, Not Suburbs, Are The Key To A Green Economy
Trump Is A Blasphemous, Sacrilegious Devil