Home » For Many Latinos, “Big Government” Depends On Perspective 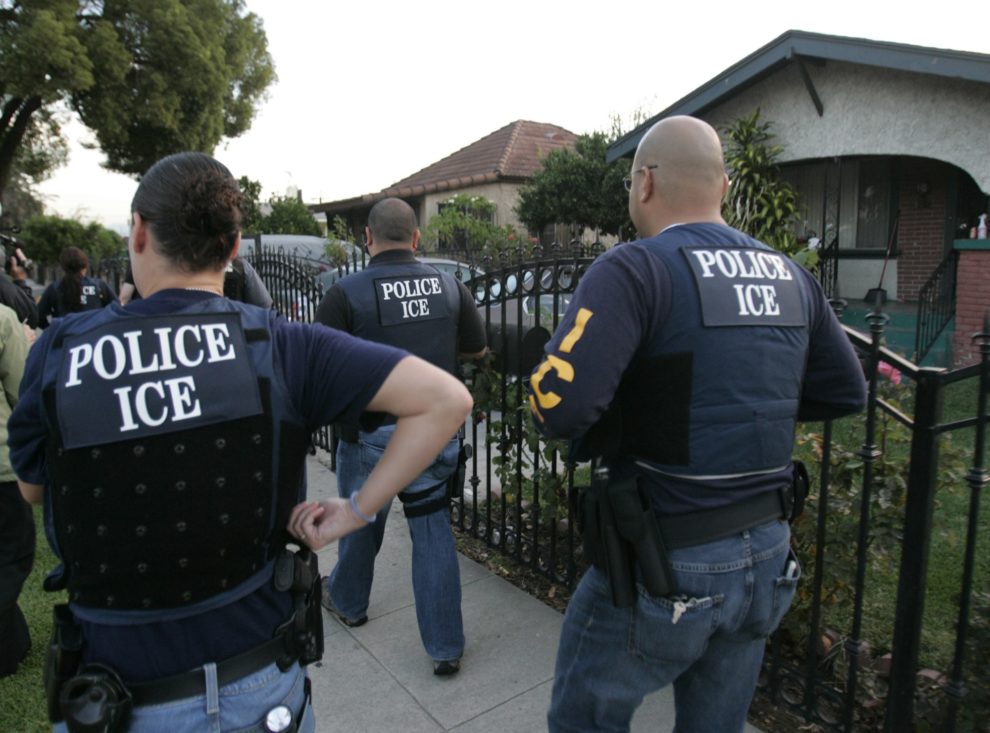 Brandon Loran Maxwell @brandonlmaxwell
The fact that Republicans don't cite ICE as an example of “intrusive government” merely proves how detached Republicans are both from Latinos and their own professed philosophy.

As voters churned out ballots in record numbers for the election, surrogates and pundits once again retreated to a familiar political orthodoxy: Democrats want big government and Republicans want small government—a simplified take on American politics that has permeated election cycles for the better half of a century.

Nowhere is this clearer than with ICE. For many Latinos, ICE represents one of the most frightening and visible arms of government. And who can blame them? Under Trump, ICE has raided countless Latino communities. As a result, it should come as no surprise the majority of Latinos would vote to curb the power that big government departments like ICE wield.

By contrast, the Republican Party has come to represent bigger, more intrusive government. It advocates more government in communities. It champions more raids and deportations. It calls for more breakup of families.

The fact that Republicans don’t cite ICE as an example of “intrusive government” merely proves how detached Republicans are both from Latinos and their own professed philosophy.

“Big government is best understood not through the lens of literal size or spending but rather whose lives government most effects or intervenes.”

Prisons invoke similar sentiment. For Latino communities, many which are disproportionately impacted by overreaching justice systems, Republicans represent the party of “lock ‘em up and throw away the key.” Never mind the long-term social effects or fiscal consequences.

To compare, Democrats are largely perceived to be more open to rehabilitation programs and less stringent government intervention. Unlike Republicans, they are more likely to restore voting rights for felons and provide a pathway in which those caught up in the justice system can reintegrate into society.

“For many Latinos…taxpayer money is best spent on local schools and roads than local law enforcement or prisons.”

Make no mistake: If police shootings were an epidemic in Idaho or Wyoming, the Republican Party would be calling to defund police like it does Planned Parenthood. But it doesn’t because police shootings don’t affect rural Republican communities like they do urban Democrat ones (and I say this as someone who doesn’t think police should be defunded).

Yet the Republican Party is hardly the party of “limited government” that it loves to advertise or fancy itself. According to a recent study by Brookings, government not only grew by 2 million employees under Trump, but the defense budget grew by 30 percent, and billions were squandered on pet projects like the “border wall.”

What about the Republican Party represents “limited government”?

The truth is most Americans view big government through a subjective lens. As a result, big government is best understood not through the lens of literal size or spending but rather whose lives government most effects or intervenes. And in the case of Latinos, a Republican-led government unquestionably intervenes more.

At the very least, a vote for Democrats is a vote to allocate government resources differently. For many Latinos, particularly those who reside in lower income communities, taxpayer money is best spent on local schools and roads than local law enforcement or prisons. As a result, Latinos vote on behalf of their own self-interests no different than any other demographic.

This is also not to suggest that the Democrat Party is somehow perfect or that all Latinos support Democrats. Nothing could be further from the truth. In fact, Trump won 32% of the Latino vote, the most of any Republican candidate since George W. Bush (but still on par with most Republican presidents).

Yet nothing more effectively highlights the complexities and regional differences between Latinos, which pundits so often fail to articulate.

Ultimately, Latino votes for the Democrat Party should be viewed less as a vote for “big government” than a vote for less government, particularly when the big government of Republicans means more ICE raids, prisons, and unaccountable law enforcement.

It all depends on perspective.

Unlike Trump, At Least Obama Was Presidential
The Grinch That Robbed A Nation Of Its Values