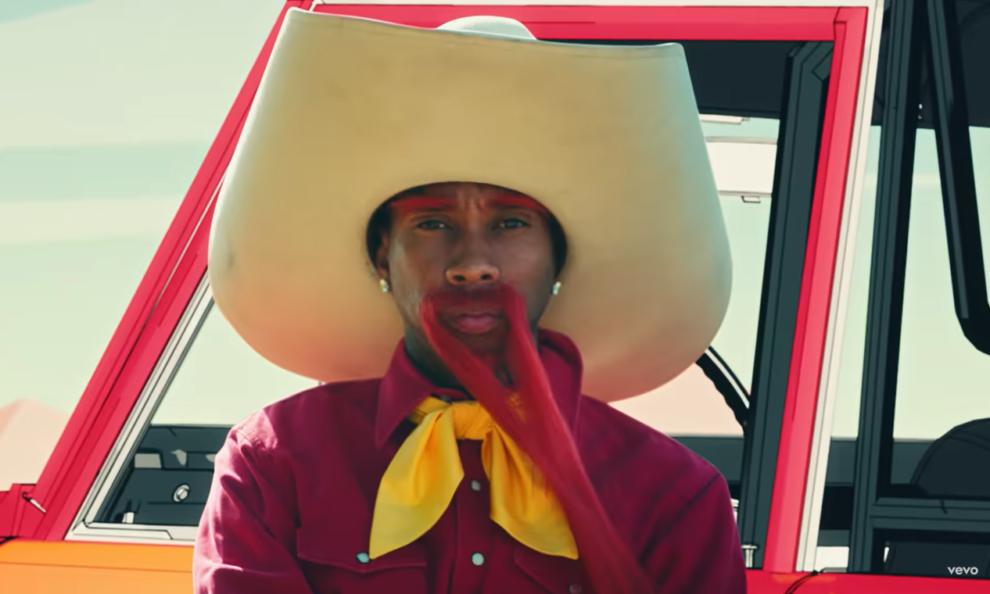 A Mexican rapper dons a pimp suit, wears a prosthetic mask exaggerating his lips, speaks in AAVE (African-American Vernacular English), and eats fried chicken and watermelon… all for Black culture. Would that be okay?

Let’s be clear about the latest video by hip hop artist Tyga entitled, “Ay Caramba”: If a Latino artist capitalized on Black culture pushing stereotypes, people would be outraged. If a white person wore exaggerated clothes and mocked the Black community in the name of “leaning into the culture,” people would be upset. Hip hop media outlets would be on fire.

But this isn’t the case when it comes to mocking Latinos. Rather than offer a critique, hip hop media outlets heap praise.

The Grammy nominated Los Angeles-based rapper has delved into Latino themes before and to his credit given the videos due process. “Mamacita” in 2017 featured Carlos Santana and the OG himself Danny Trejo. “Ayy Macarena” in 2019 highlighted Los Del Rio, the group behind the 1990s billboard hit.

Tyga seems to have a solid foundation to work from. However, due to lack of guidance, having a white director (Colin Tilley), or assuming he had a pass, he decided to drop a music video pushing negative cultural stereotypes.

I love parody and satire but this isn’t it. Worse, the video can’t even get the stereotypes right.

Here are a few other problems:

The video also fetishizes a Latina while including outlandish depictions of a bullfighter and a flamenco dancer. The takeaway is clear: Tyga is insulting the Latino community.

It was even more frustrating to see my culture get overlooked by hip hop writers in leading outlets. Regina Cho of Revolt TV said the video “shows his creativity,” while Brad Callous of Complex wrote that the “track is overshadowed by its music video.”

There were zero articles criticizing the video from over 15 outlets I checked.

In the most egregious example of all, Uproxx’s Aaron Smarter praised the video, saying, “[The] video can be described as “ridiculous”—but in the best way… Tyga really leans into Mexican pop culture archetypes and looks very much like he’s having the time of his life doing so.”

By describing the video as ‘archetypes’ vs ‘stereotypes,’ Smarter gives Tyga cover for engaging in a disgusting and cartoonish display of ignorance. Smarter further blurs the line with the use of “self parody.” But Tyga, who was born to Jamaican and Vietnamese parents, isn’t Latino. Smarter not only seems to misunderstand what self parody means, but incorrectly attributes it to Tyga while giving him a pass.

It’s not that Tyga or someone from a different space can’t do anything Latino themed. Anyone can do Latino related content (as long as it’s respectful). Latinidad has a lot to offer hip hop in terms of sound and content, and the Black and Brown coalition is strongest when we collaborate (Pancho McFarland’s research demonstrates how this cultural exchange has benefited both communities).

Tyga’s past work has shown care for working with a culture he’s not a part of. But not this time. Tyga should apologize and repudiate the video. Tyga decided to ridicule my culture for cheap laughs and Youtube views. Additionally, hip hop outlets that have been quiet on Tyga’s video should denounce it and call it out for what it is: a display of ignorance.

If a Mexican emcee did anything close to what Tyga did, the entire hip-hop community would be furious. If a white artist tried to make it seem that a bumbling video of Black tropes was fine, that artist would be canceled.

I’m not calling for him to be canceled. I’m just stating there’s no reason to punch down. None. Tyga respected the culture before, but he did this anyway. These writers saw the video and knew it was problematic, but they didn’t say anything.

This opinion column was submitted by Rodrigo Bravo Jr. who is a certified mediator, radio show producer, and avid hip hop listener. Based in San Antonio/Houston Texas, he advocates for Chicano culture and equity for marginalized communities.