Home » “José Feliciano: Behind this Guitar” Pays Homage To The Legend Himself 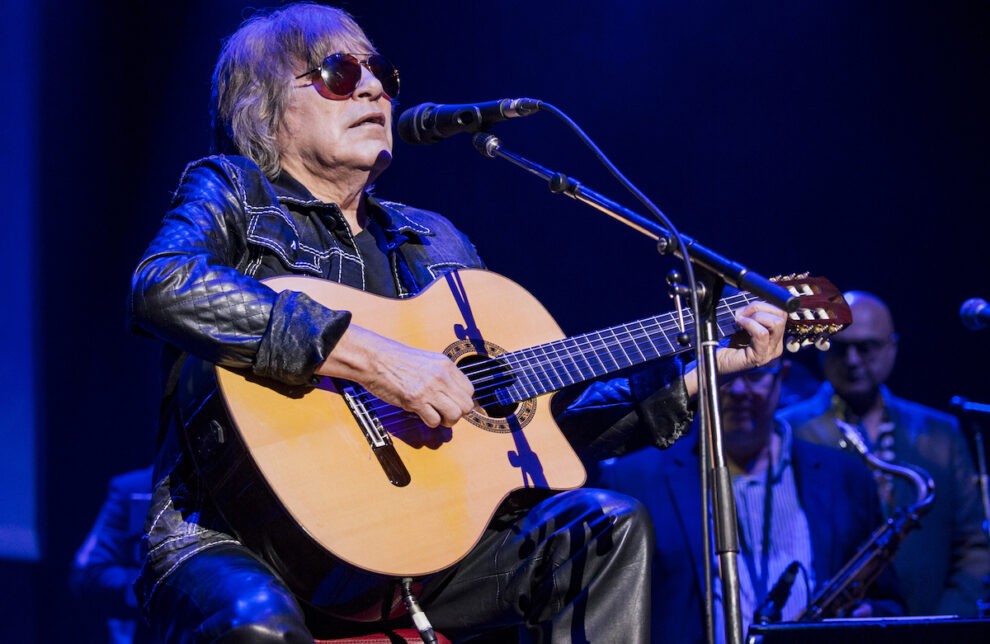 Rosa Parra rosasreviews
Feliciano doesn’t shy away from talking about his challenges navigating the industry.

Very few names come to mind when talking about legendary musicians. To me, one of those names includes José Feliciano, a multi-faceted Puerto Rican music artist who has succeeded in challenging the industry despite his disability.

One of the first Latino artists to crossover in English and Spanish—and to succeed with both audiences—his ability to recreate existing songs has brought accolades but also controversy. It was just a matter of time before a documentary about the life of José Feliciano would see the light of day.

José Feliciano: Behind this Guitar

“José Feliciano: Behind this Guitar” is directed by Frank Licari, Helen Murphy and Khoa Le. It follows the Emmy award-winning musician’s journey from his upbringing in Puerto Rico to the controversial moments throughout his five-decade career.

The documentary opens with the infamous backlash Feliciano receives after performing a different version of America’s national anthem at a baseball game. Feliciano’s approach was to give the anthem his unique voice and to perform it in a respectful manner. Unfortunately, audiences didn’t perceive it that way and heavily criticized him to the extent that nearly ended his career.

With interviews from the legend himself, Gloria Estefan, Emilio Estefan, Carlos Santana, and close friends and family, this documentary overviews Feliciano’s career and his impact on audiences and other artists. They cover his contributions such as composing the song for the television show “Chico and The Man”as well as his iconic holiday song “Feliz Navidad.”

We get a little background on the origins of these songs. His holiday song has a special place in my heart because it must have been one of the first musical pieces that spoke to me as a U.S.-born Latina. I was raised speaking “Spanglish” (a mixture of Spanish and English) so this song was a reflection of my everyday conversations. To this day, this song is an annual must-listen in my household, and it hits many nostalgic cords. So it was nice to learn a little more about its development.

Feliciano doesn’t shy away from talking about his challenges navigating the industry and his thoughts on his disability. We also get a little insight into his childhood and upbringing and what eventually led to the development of his love of music. As a Latino, Feliciano was advised to change his name so he could broaden his audience but he refused to do so.

Feliciano has a unique, recognizable voice, rarely found in today’s artists, and a talented gift of composing music. It speaks volumes of his character listening to how he sometimes gets embarrassed when fans and people he influenced compliment him. He doesn’t consider himself a hero or someone to put on a pedestal. To him, he’s just someone who loves music.

Overall, “José Feliciano: Behind this Guitar” is a documentary depicting the career of a legend by highlighting how he paved the way for the artists of today. This an insightful look into an individual who outgrows the term “legend” by staying humble and pursuing his dreams.

Feliciano jokes about calling himself the “pale Stevie Wonder,” but to me, he’s just José Feliciano, one of a kind.

The documentary is currently streaming on Peacock.

Please Subscribe To The Daily Chela To Show Your Support

Lalo Guerrero: The Father Of Chicano Music
The Revolutionary Rock History Of Tijuana