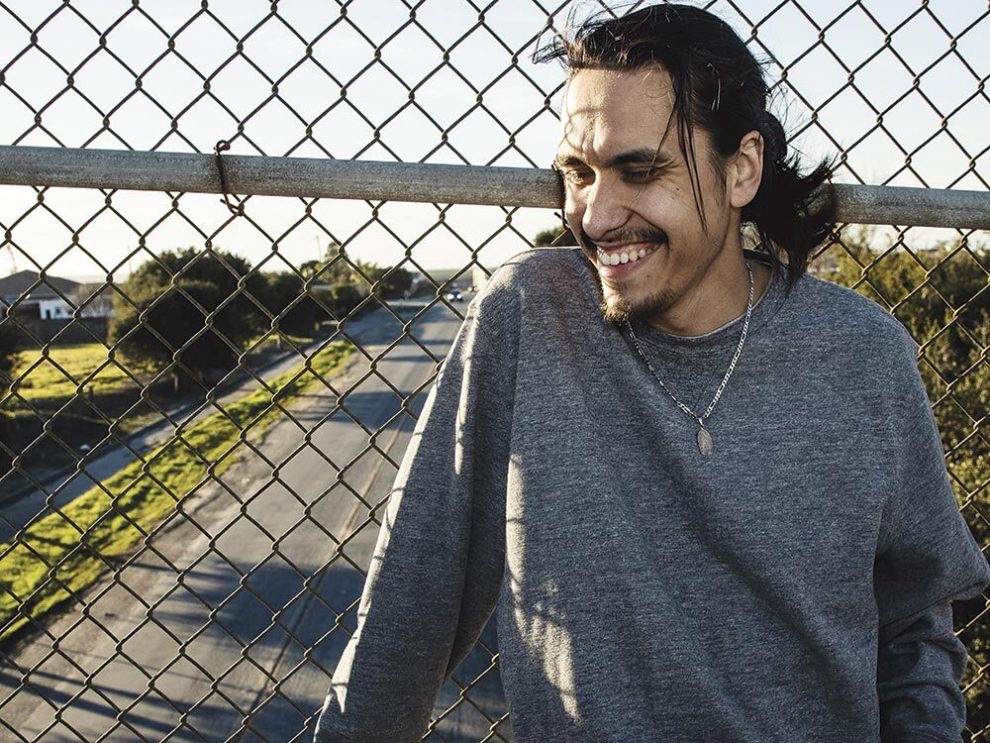 Marcos Cabrera MarcosACabrera
Flaco has worked with top flight producers such as E Arenas of Chicano Batman and Erik Canales of Allison.

Case in point: his latest single is an ode to those of us who are ready to put some smoke in the air, only to be left tapping our pockets and twisting our necks in search of their missing lighter.

“The topic of this song is extremely simple,” says Flaco, who represents for Salinas, CA. “Everyone has a friend, or has been that friend, that pockets a lighter after borrowing it.”

It’s a lighthearted setup, but Flaco’s impassioned wails, punctuated by some groovy skanking, is endearing to those of us who have fallen victim to (or committed) this ritual homeboy crime.

Flaco’s come up has been much more successful than your average lighter thief. He’s worked with top flight producers such as E Arenas of Chicano Batman and Erik Canales of Allison.

While cumbia is his weapon of choice, he employs an indie pop aesthetic into his work.

“It’s a nice balance of traditional and contemporary,” he said.

It’s also as timeless as a smoker looking to bum a light.