Subscribe Today
Home » Is Trump A Bigger Threat Than COVID-19? 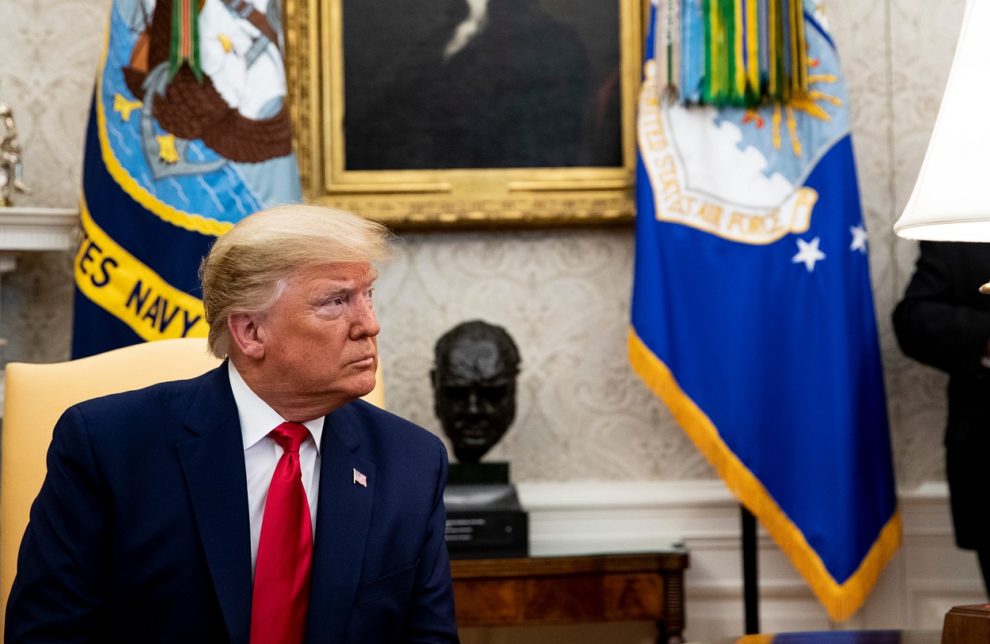 Now is the perfect time for Trump to exploit panic for political gain.

If you’re like me, you may have been too busy and jaded with the media’s semi-annual virus infatuation to be worried about the coronavirus. There’s been H1N1, SARS, MARS, Ebola, Zeka, and yet none of them have really affected Americans, so you probably just figured it was just another case of media hype.

But then you and your wife go to Costco one Sunday in early March because that’s how you observe the sabbath, and there’s no water or toilet paper. And then state and local governments are talking about shutting everything down and they do, and your wife is now your coworker and you’re both just counting your blessings that you’re able to work from home.

What you miscalculated in the weeks previously was that the current administration’s negligence would affect its health response this drastically.

John Bolton, Trump’s former national security adviser before a lovers’ spat broke them up, cleaved the national security council’s global-health security team in 2018. As if that weren’t enough to destabilize our pandemic response and imperil potentially millions of lives, the administration imposed deep cuts on agencies like the CDC and NIH.

Help support us. Subscribe for only $1.00 your first month.

All of these cuts were accompanied by cuts to programs for things like housing and low-income assistance. The coup de grace came when Trump found out about the virus and did nothing except fiddle while America was wheezing. Trump is a legitimate failure as a leader, but what may be even more terrifying than COVID-19 is the fact that he can come out of this situation stronger than ever.

Trump can pretty easily exploit this panic for political gain. As you may realize with your bottom a little more itchy than you want it to be, people panic when they feel vulnerable. With the healthcare system strained and millions of Americans out of work, just about all of us are feeling unsafe.

This can be a toxic social stew when considering that even incompetent leaders can use the fearful masses’ desire to believe for political gain. This is the exact reason why wartime presidents typically enjoy such success.

Take George W. Bush. In the first months of his presidency in 2001 he was largely perceived to be an illegitimate president, what with the hanging chads in Florida and the recount that the Supreme Court stopped in an unprecedented political play by the conservative justices (one of whom, Scalia, just so happened to be hunting buddies with G.W. Bush).

Not only that, but Bush was seen as a moron who had inherited all of his political and real capital from his father, who ostensibly had buddies like Dick Cheney watch over his feckless son.

And then 9/11 happened, even though the administration had previously been briefed about the threats posed by al-Qaeda multiple times. Bush was nowhere to be seen or found by the public, much like Stalin when the Germans betrayed him and stormed Russia. No matter, because this was an unprecedented attack on American soil and Americans needed comfort, even if it was from an illegitimate leader who really did nothing more than stand on some rubble and dole out bluster. The Bush administration would use the terrorist attacks to start a war in Iraq and start a war on civil liberties that continued under Obama.

Trump has wanted a war precisely because he knows the power of being a wartime president, which is terrifying because he’s an authoritarian who would love to be king. He’s proving that right now, as his DOJ is trying to suspend habeas corpus during the pandemic.

The only other presidents to have done so were Lincoln during the Civil War and Bush during the War on Terror. Both decisions were controversial, but at least they didn’t invoke a war against a virus to clamp down on civil liberties.

There is no invasion or case of rebellion, so suspending habeas corpus would be unconstitutional in this instance, not that Trump cares about rules. It’s a similar situation for martial law, which has only been invoked in actual cases of war or riots, and largely by governors.

Nevertheless, precedence doesn’t take precedence in this administration, so the possibility of this happening and other executive overreaches happening is all too real.

The good news is that it seems there is a widespread realization that Trump cannot make us safe. State and local leaders are rising to the occasion, while Trump dithers and tries to jumpstart an economy that he helped crater. The Democratic opposition has been largely busy in the weeds of working out the stimulus’s details, a bill that will help Americans but also bail out debt-laden corporate America and further prop up Wall Street power.

Presidential candidates Biden and Sanders have been in the media, but Bernie has been more forceful in using the pandemic to push for policies like Medicare for All. If they really don’t want Trump to come out of this with political points, they’ll need to openly undermine him. Bumbling as he is, Trump is always on a screen.

A bailout deal he signs, no matter how influenced by Democrats, will see him getting a sizable amount of credit. Democrats have to get out in front of this and realize that COVID-19 will not end the war with Trumpism.