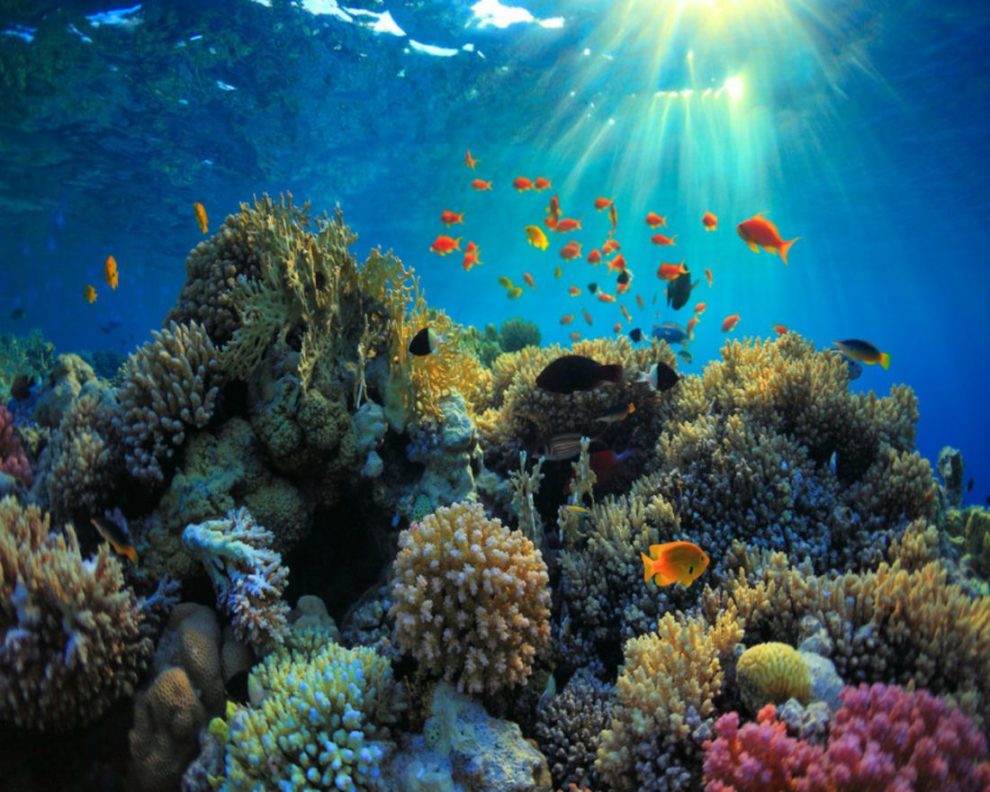 Researchers have warned us repeatedly, since the 1990s, that coral reef extinctions might happen with global climate change, and we are now witnessing their predictions materialize, especially in places like the Florida Keys and the Great Barrier Reef in Australia.

Coral reefs are some of the most biodiverse ecosystems in the world, and host about 1/4 of known marine species. In many ways, coral reefs are the marine equivalent of tropical rainforests. They are ecosystem engineers, building colorful, massive structures that provide shelter and food for fish, crabs, clams and others.

Like the rainforest, coral reefs also have medicinal potential, since many of the creatures that live with them produce novel compounds which can have anticancer, antimicrobial and pain-relieving properties. Reefs also play a central role in food availability by sustaining edible fish and generate billions of dollars in revenue for tourism economies across the globe.

If you’ve been following the news, you probably heard reports on the disappearance of coral reefs along with predictions of a massive extinction around the world. This is due to bleaching, or the loss of their photosynthetic algal partners.

Corals are dependent on algae to produce sugars and energy. They gain up to 95% of their energy from the algae and use it for their own metabolism and to build their skeletons. However, when corals are stressed out, they expel their algae.

Corals will then turn very pale and appear to be “bleached.”  Without their partners, corals lose their main source of energy and are unable to calcify or stay alive for too long, unless they gain their algae back and conditions in the ocean stabilize.

Generally, bleaching is caused by global factors like higher ocean temperatures and ocean acidification (caused by increased CO2) but also local factors like excessive nutrient runoff and pollution. More nutrients lead to more microbes, which settle on the reefs. These microbes take advantage of stressed corals, invade their tissues and cause disease.

Most of the restoration efforts have focused in the USA, Australia and some parts of the Caribbean. However, conservation efforts are often underreported for the second largest reef in the world, the Great Mayan Reef, formally known as the Mesoamerican Reef. Scientific reports on the Mesoamerican Reef are limited, which may be due to socioeconomic barriers, language barriers and lack of funding from local governments and other agencies.

The Mesoamerican Reef encompasses the coasts of Mexico, Belize, Guatemala, Honduras with reef offshoots in the Eastern Tropical Pacific coasts of El Salvador, Costa Rica and Nicaragua. For many years, the Mesoamerican Reef appeared stabilized and improving in health, compared to other reefs. Recently, reports documented an unknown microbial disease that is rapidly spreading, possibly caused by excessive nutrient pollution.

What are marine scientists doing to conserve and restore these areas? A study published last month summarized the efforts of 12 hard working groups from Latin-America and the Caribbean that embarked on reef conservation and restoration projects, as of 2019. The groups included researchers from México, Colombia, Costa Rica, Dominican Republic, Belize and Puerto Rico.

The projects ranged from placing adult coral fragments in floating, mid-water nurseries for recovery (after hurricanes and other environmental disturbances) to raising juvenile coral outplants for reef restoration. So far, their efforts look promising and the projects predict 70% feasibility. The study concluded that the median cost for each project in an intervention area was about $93,000 USD and more likely to result in success, than in other reefs of the world.

The Mesoamerican Reef will benefit from intervention now, and it’s currently classified as Critically Endangered in the IUCN Red List of Ecosystems. Habitat conservation is an act that not only involves scientists, but also the community, local governments, civil organizations and responsible tourism.

So, what can you do to help? Next time you’re snorkeling off a beautiful Mexican or Central American beach, take a moment to appreciate the Mesoamerican Reef and imagine how different the scenery would be if it disappears.

After swimming back to the beach, hunt for the nearest conservation organization and donate your time or a few bucks to their campaign. We all need to work together to protect and conserve the reefs, since they are valuable ecosystems that fuel local economies and the natural world.