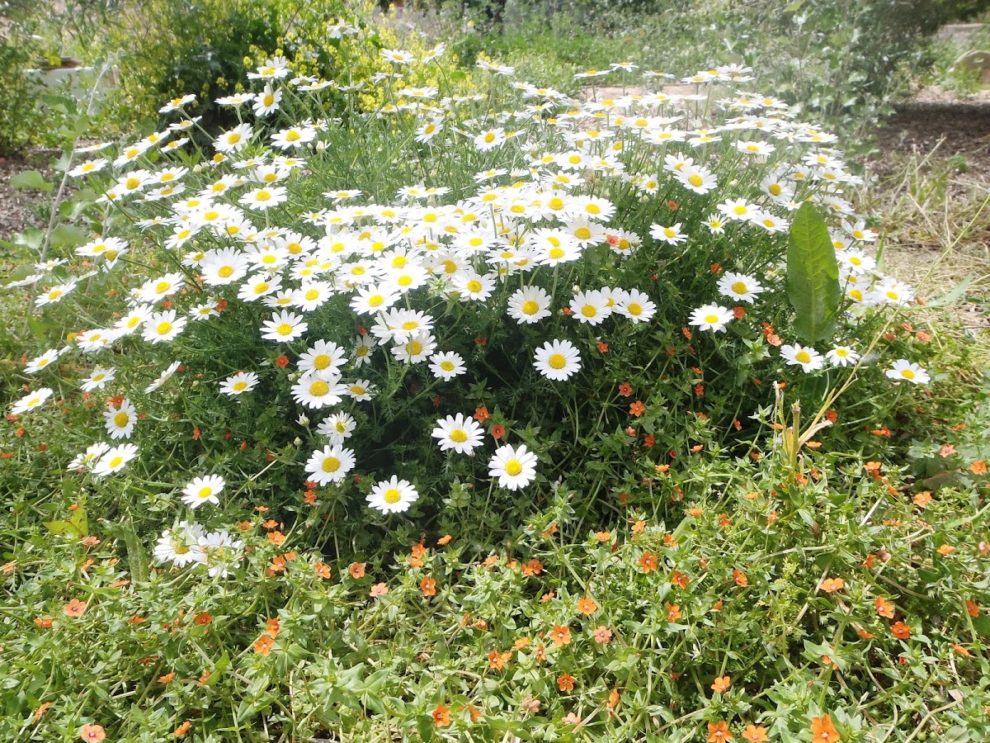 Emily Aguirre symbiotic_em
It turns out grandma was right all along

Manzanilla (chamomile) is used throughout the world as a home remedy for colds, gastrointestinal difficulties, and sleep problems. Grandmothers usually promote this tea for any ailment, and it is embedded in Latin-American culture as a cure-for-all tea.

Evidence-based studies previously identified the chamomile plant as possessing anti-inflammatory, antimicrobial, and anti-diarrheal properties. These properties were observed in traditional medicine for thousands of years, but only recently described in the scientific literature.

Chamomile contains antioxidant and anticancer molecules, which have the potential to be used for anticancer treatments. Antioxidants eliminate reactive oxygen species (ROS), which are molecules produced as a byproduct of oxygen metabolism in oxygen-dependent organisms (including humans).

Environmental stress and other factors (like pathogenic bacteria) cause ROS to increase to levels that become dangerous to cells and contribute to accelerated aging, oxidative damage, death of cells, male infertility, and cancer. Plants are continuously exposed to environmental stressors that trigger production of ROS and produce molecules that enable them to keep their ROS levels under control.

Researchers at the United Arab Emirates University conducted a study to evaluate the antibiotic and anticancer effects of chamomile. They purchased chamomile flowers from a local market and extracted the special compounds using alcohol (ethanol). They measured the suspected antioxidant compounds, which were polyphenols and flavonoids, and determined these measurements were high enough to provide antioxidant benefits.

The researchers were also interested in exploring chamomile’s anticancer activities, so they decided to conduct experiments using the extract against liver cancer cells. They used a special line of human cells, HepG2, which were originally cultured from a 15-year-old boy with liver cancer.

HepG2 cancer cells allow researchers to test the efficacy of newly discovered anticancer compounds. The extract reduced the number of live HepG2 cells with doses of 200µg/mL. These findings are important because they can lead to new treatments for liver cancer, a common global cancer prevalent in people with cirrhosis. Additionally, the findings can also lead to treatments of other types of cancers.

As if this wasn’t reason enough to drink more manzanilla tea, recent research published in the Complementary Therapies in Medicine journal, compiled data that showed the usefulness of chamomile in people with diabetes.

The research team synthesized information from 15 studies that examined the effects of chamomile on diabetes in humans and other animals. The review concluded that both the tea and extract were successful in helping control the glycemic index and managing diabetes in individuals.

These recent reports are exciting because they provide evidence for the efficacy of a staple in Latin-American, traditional plant medicine. However, this research is in its infancy and there are plenty of gaps to fill.

For example, the current pool of research was done on human cell lines and animals, but very few humans. We are in the dark about the true effects of chamomile in us because of a lack of in-vivo studies, or studies that take place inside a living human.

Another unknown is how the tea or extract work. We don’t know how the manzanilla compounds cause a reduction of ROS or how they interact with our cells, and there are only few studies describing the cooperation between our immune system and extracts.

Dosages are a concern as well, since a small amount of concentrated extract may provide the same health benefits as consuming dozens of manzanilla cups. The appropriate amounts of manzanilla for health have not been established. Lastly, chamomile-derived anticancer therapies may not be appropriate for people who are pregnant, taking certain prescription drugs, or are allergic to ragweed, daisies, and chrysanthemums.

Although more research is needed to clarify the pressing unknown factors, we can agree that drinking manzanilla tea is certainly beneficial. Most importantly, Latin-American grandmas now have scientific backup to push their manzanilla tea on their children/grandchildren at the earliest sign of an illness!