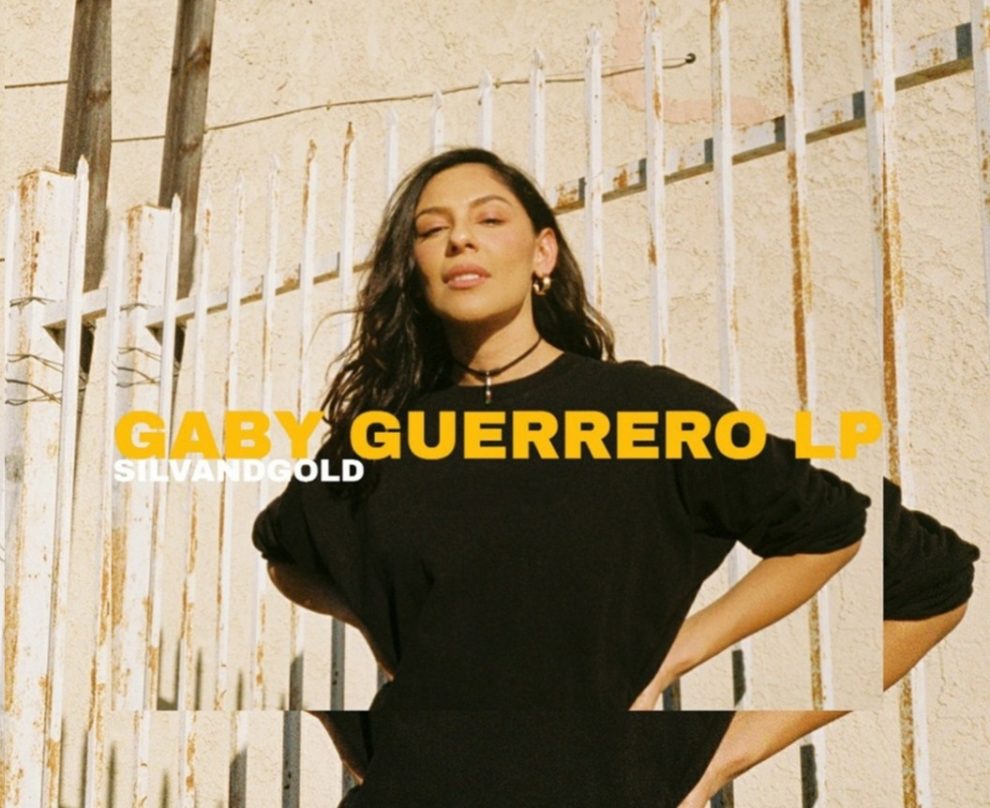 In 1993, the Chicago MC Common dropped “I Used to Love H.E.R.” an ode to the feminized love of his life known as hip-hop. The acronym may or may not have stood for Hip-Hop’s Essence is Real.

A few years later, that presumed composite would be born for real in the form of Gaby Guerrero, aka Silvandgold, aka HP’s gift to golden era revivalist hip-hop.

On her proper debut “Gaby Guerrero LP,” Silvandgold assumes the living embodiment of hip-hop and delivers a satisfying celebration of the real.

With a laid back, melodic west coast voice and hypnotic cadence, Silvandgold builds and gains confidence with each ensuing track, revealing pieces of her life that bring into focus this talented MC over a lean 11 tracks that clocks in just short of 26 minutes.

From the opening thump of “Celebrate the Real,” Silvandgold lays out simple and plain what she’s all about.

Over a jazzy boom-bap groove punctuated by fluttering horns, she spits “…you chose me you propose to me with a Beatnuts beat in elementary/now there’s no escaping this way more attractive this hip-hop got better abs and better lips/Always sparking it not talking weed but wisdom legit/ So you can spit lines that are worthless to these simple chicks with Katy Perry on their playlist…”

Whether she’s referencing Lord Finesse while low-key flirting with a potential suitor on the sultry “You’re So” or taking a firm stand against fancy nails on the fly ass bump of “Acrylic Banger,” Silvandgold bends her wordplay in clever ways that complement the hazy, gorgeously layered production from beatsmiths Figub Brazlevic and Depakote.

The marriage of beats and rhymes is built on a solid foundation. And that foundation is always in reverence of hip-hop, Silvandgold’s first and only true love.

With this stellar debut, audiences should soon be falling in love with H.E.R. all over again.

We recently got the chance to speak with Gaby about her influences, creative process, and what drove her to enter the competitive world of hip hop.

From listening to your album, it’s clear you have an appreciation for traditional hip hop. Who are some of your biggest influences?

How would you describe the music you typically create?

“This was a tough question to answer because I don’t even know what to label my music yet. I’ve only began my music career in 2019, can I officially associate my art with a specific style yet?

“I guess if I had to, I’d say I make music for people that need to be reminded of their greatness over boom bap and lo-fi production. My outlook is based on my relationship with God, the way my parents raised me/the things they taught me, being a female, and my musical idols mentioned in the first question.”

“My creative process depends on the situation. If I hear a beat and if I intend to write a song at that moment, I simply jump on the sentiments that come to mind and begin writing.

“If I do not intend to write at that moment and if I’m just focused on the production then I focus on just that and not so much on the topic of the song; I’ll save that part for a later time. When that time comes, I isolate myself with the music playing either on my headphones or on my speaker—depending whether the music is a hindrance to someone present—and just write.

“If a hook comes to mind I use it as a starting point for what the rest of the song will be about, but this is rare for me. Usually it is the verse/a bar that comes to mind first and the hook later if at all. I personally stress the validity of a hook. I have to love a hook or I’d rather not use one at all. I’m still growing in this area.”

As a Latina, what drove you to get into hip hop?

I never thought about my race when getting into hip-hop as a kid. It was played at my house, I loved it, and took my older siblings CD’s to play in the boombox. When I would hear The Beatnuts or Tony Touch say Spanish words in their songs I would fan out because I knew those words, and in general when I’d hear Spanish rap it’d make me super excited.

Then when I got older I heard Immortal Technique rap whole verses in Spanish and I knew if I ever started rapping I needed to do Spanish for sure. (As you can see, a lot of my early hip-hop influences were from New York. I didn’t choose it to be this way, I guess it just happened). But I believe I would’ve loved this culture inevitably regardless of my race because this relationship was simply meant to be. Still, I realize that I am a Latina, and I also realize the stereotypes that come with this, but all I can do is be myself and make sure my talent is undeniable.

How do you feel about the current direction of hip hop?

“Both dope and wack hip-hop artists have always existed simultaneously. Likewise, huge record labels have always exploited the black hip-hop artist for their own financial gain, encouraging violence, drugs and oversexualisation of women in their music because white suburban teenagers think this is the life of blacks in America, and since they’re unfamiliar with anything related to this lifestyle they buy it and the record labels get the most paid.

“Saying this, I’m not surprised that many of today’s best-selling hip-hop artists are less than mediocre in their talent. I simply choose to pay less attention to those, and pay more attention to the excellent and consistent artists really doing it correct and take their lives as an example of what I need to be all the while sharpening my skills more and more.”

Of the songs on your debut LP, what is your favorite song and why?

“Gaby Guerrero LP” is a short album. There’s 11 songs, two of them being interludes, and only two are over three minutes long, so it’s tough to pick my favorite from this short list. And to make things tougher, it’s my first album, so my connection to each song is so strong. “Claramente” is the only Spanish song so this one is special for that reason. “True Lies” was the first song in the album I recorded and it is featuring Destruct, the Executive Producer.

“Locksmith remix” was named this because the original song was recorded over a random YouTube beat and put on Soundcloud before I knew I’d be able to acquire original production; this was also the first song I ever recorded in my life. “Lessons” is a story written in chronological order from my childhood to adulthood. “Abilities to Trust” is about catcalling. I had written it after a fuckboy tried to holla at me and I had gotten in his face about it. “Celebrate the Real” is the only song with three verses.

“You’re so…” is the shortest non-interlude song, its only 1:45 long. “Rock wit Me” is the sad breakup song of the album. “Acrylic Banger” started out as a joke, but as I continued to write it became a deeper song about my ideal future partner. And both “Patience Interlude” and the Intro contain samples from other songs.

Has California influenced your style or approach to hip hop in any way?

California is a huge state with different cultures based on the location, so the state isn’t as much of an influence as the city of Los Angeles specifically is. I am a Mexican born and raised in L.A, I’m a majority in the way I look, food I eat, places I shop at, and traditions I have, so yes, Los Angeles has been a huge influence for me.

Musically speaking, however I’m not so much a majority, so it is the I-don’t-give-a-f**k attitude from Tupac and Westside Connection—to name a few—that influences my approach to the game because at the end of the day I am a Mexican woman in hip-hop that needs to constantly not give a f**k or else people will assume I can’t bar out with the rest of them and/or put me in a box before listening to my art.

Also, I have a “Thug Life” tattoo on my left arm to remind me of Tupac’s definition of the term: “the underdog…being someone that has nothing and even though I have nothing my head is up high, my chest is out, I walk tall, I talk loud, I’m strong.”

What are your plans after this album?

“I started working on my sophomore album before the GGLP album was even released, and now eight months after its release the progress continues and we’re closer to its completion. I don’t have a name for it yet, but its a longer and more somber album with more than one feature (my first album only had one feature). I have production from one of my biggest influences in question number 1, ill leave you guys with this cliffhanger.”