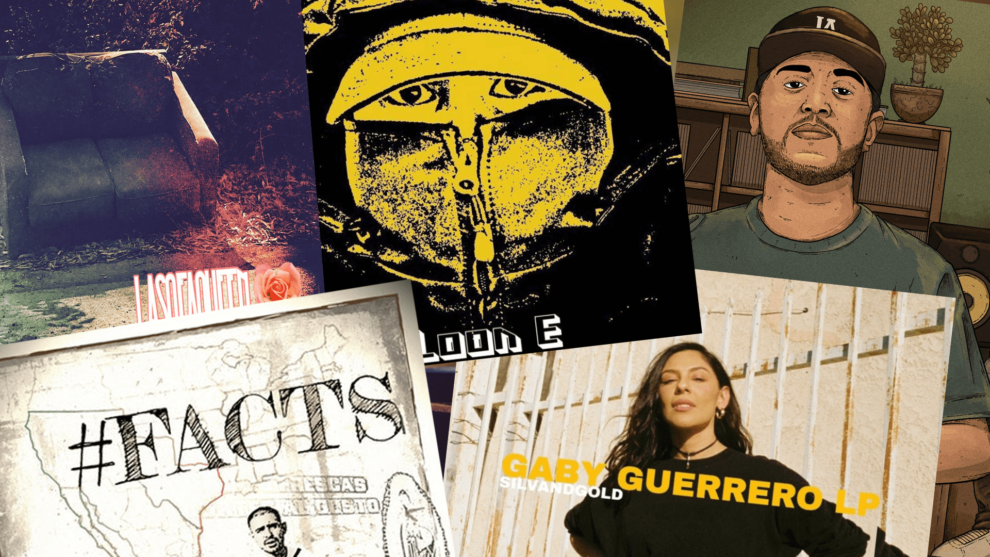 Marcos Cabrera MarcosACabrera
The West Coast is in no short supply of talented and upcoming emcees.

As far as I’m concerned, 2020 can get some extra hot chile in the eye. It’s been that awful.

Except mayyyybeee for us hip-hop nerds who are looking for representation in the genre we love.

On the west coast, a fresh crop of MC’s emerged from unlikely locales. While L.A./So-Cal has always been a hotbed for top tier lyricists, small pockets of resistance emerged in Central California.

Below is a short list of projects—videos, singles and entire albums—that emerged as Daily Chela staff favorites. Please share your own 2020 highlights or anything we missed in the comments.

Released nearly a decade ago (or late January 2020, to be exact), poet/MC LaSofaQueen’s self-titled debut deserves to be listened to in its entirety. The way the tracks transition into one another carry an arc, as LaSofaQueen goes into great detail about heartache and how her love for poetry and mic rocking holds her down.

Vrsa is a fierce mic presence representing California’s Central Valley. This video, which racked up more than 15k views, pushes back on the misconceptions about Mexican immigrants and celebrates the MC’s cultural pride.

Earlier this year, we dove into HP’s finest Silvandgold’s 2019 project “The Gaby Guerrero LP.” Her prime 2020 offering finds her with collaborator Destruct on a smokey groove, reflecting on the views outside her window and pondering life’s meaning for 16 bars.

Salinas emcee Loon E Lou’s video for “Tale From the Bowl” recalls Slick Rick’s “A Children’s Story” to comi tragic effect. Lou lends empathy to the doomed narrator’s plight by referencing poverty as a springboard to commit crime, while his use of multiple-voices/characters exhibits his natural performing talent.

L.A.’s Kid Abstrakt teamed up with beatsmith Emapea to deliver just what the title of the album suggests. At a lean 32 minutes, “Jazzy Vibes” finds Ab in his zone, gliding over breezy horns and percussion with effortless flow.